Technology takes a leaf out of nature’s book

By: Karel Smrcka     14th March 2003 Scientists of the Stanford University in California are studying the deathhead cockroach as part of efforts to develop new types of robots, which are able to walk on very uneven surfaces, such as lunar landscapes. →

By: Luxolo Tyali     14th March 2003 Several unprofitable small wet mills that have opened in the Far East are at times putting low-quality starch and glucose product on to the market at uneconomic prices, African Products marketing director Stewart Krook tells Engineering News in an exclusive interview. →

14th March 2003 South Africa's maize futures market rose this week, extending gains made since last week when fears that good weather might desert the crop at the last minute brought an end to a steep slide in prices. →

By: Keith Campbell     14th March 2003 BOTH the UK government and business back South Africa on the issue of trade in agricultural products. →

New innovation to increase water-holding in the soil

14th March 2003 A new product designed to drastically increase the water-holding capacity of soil and improve the efficiency of fertiliser application has taken the forestry world by storm. →

By: Luxolo Tyali     7th March 2003 Maize wet-miller African Products grew very fast during the 1980s on the back of its starch and glucose commodity production, supplying large tonnages to large companies, not the least of them being giants like the South African Breweries. →

How maize is wet milled

By: Luxolo Tyali     7th March 2003 The first step in the African Products process is wet milling, as opposed to dry milling. →

By: Luxolo Tyali     7th March 2003 The plans of Africa’s premier wet maize miller to produce a new range of high-value modified starch may be dashed as a result of inadequate municipal infrastructure, Engineering News can today exclusively report. →

By: candice haase     7th March 2003 In 2001, the subject for a masters thesis became a reality for reducing the incidence of protein deficiencies in rural black communities. →

By: candice haase     7th March 2003 A beekeeping development programme, run under the auspices of the Beekeeping for Poverty Relief Programme, is stimulating rural socio-economic development in Gauteng. →

7th March 2003 UN Secretary-General Kofi Annan urged the world's wealthiest nations to stop subsidising their farmers as a first step toward dealing with famine in Africa. →

Bearings and conveyor belts on offer

4th March 2003 South African pulp and paper manufacturer Sappi said yesterday it expected flat earnings in the current quarter, but saw an improvement in the full year as a strong rand put pressure on margins. →

3rd March 2003 World Trade Organization talks last week on agricultural trade reform have made no visible progress in bridging the divide between free traders and protectionists, threatening to derail the entire Doha round of global trade negotiations, reports the Financial Times. →

By: Marcel Chimwala     28th February 2003 The Malawian government has embarked on a $10-million smallholder sugar-cane growing extension project at Dwangwa in the central district of Nkhota-kota, which is meant to supply the raw material to a sugar-producing factory for a subsidiary of South African sugar group Illovo, the Sugar... →

Chirac calls for halt of cheap farm exports to Africa

24th February 2003 South Africa expects a maize crop of 8,84-million tons, slightly up from the previous year, forecasters said last week, adding that good rain since the survey could help increase the size of the crop. →

24th February 2003 The Minister of Environmental Affairs and Tourism, Mohammed Valli Moosa, has launched the construction of the first of three fishery and environmental protection vessels at a ceremony held in Cape Town on Friday. →

R500m for smart electricity use programme

By: marisa rodrigues     19th February 2003 The efficient use of electricity could prevent the need to build another power station in South Africa, which is likely to become necessary by 2007 (according to current growth estimates) in order to meet peak demand. →

17th February 2003 Ministers from more than 20 countries failed to bridge bitter divisions on key agricultural trade reform on Saturday, sending a World Trade Organisation (WTO) blueprint back to the drawing board as thousands of farmers held noisy protests. →

By: Deborah Spicer     17th February 2003 South African companies are slowly becoming aware that organisations are not just being judged on their economic performance. →

By: Jill Stanford     14th February 2003 Nampower is taking the first step to encourage the development of Namibia’s agricultural sector with a three-year project to electrify farms in its agricultural belt. →

R500m for smart electricity use programme

By: marisa rodrigues     14th February 2003 The efficient use of electricity could prevent the need to build another power station in South Africa, which is likely to become necessary by 2007 (according to current growth estimates) in order to meet peak demand. →

By: Deborah Spicer     14th February 2003 South African companies are slowly becoming aware that organisations are not just being judged on their economic performance. →

By: Marcel Chimwala     7th February 2003 Malawi– The Malawian Privatisation Commission says it is at an advanced stage in the privatisation process for four of the country’s major State-owned companies, which the Malawian government has planned to dispose of into private hands before the end of the year. →

7th February 2003 The Swazi sugar industry, both at producer and processing levels, is considered one of the most efficient in the world. →

By: Marcel Chimwala     7th February 2003 Malawi– The African Development Bank has approved a $9-million loan to the Malawian government for a fisheries development project. → 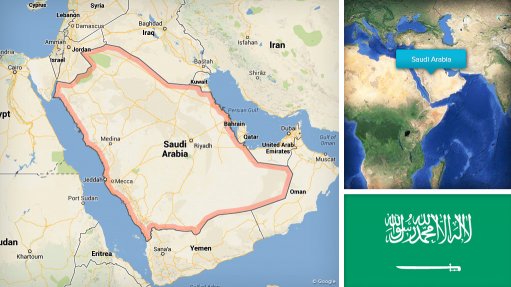 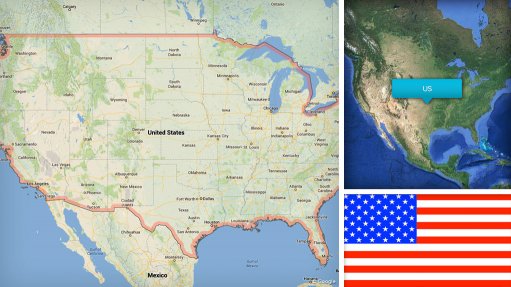