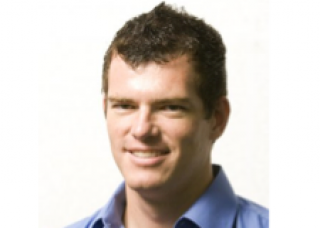 8th June 2018 The lithium price might be in for a rough ride this year, as a supply response might overshoot what the market actually needs, London-based pricing intelligence firm Metal Bulletin’s head of research William Adams tells Mining Weekly in an interview. “We see a slight lithium surplus coming this... →

31st May 2018 There is real anxiety in the oil and gas and mining industries regarding the lack of aptitude to replace an ageing top-level management talent pool, Stephen Diotte, partner and head of leadership services for Odgers Berndtson tells Mining Weekly Online. He recently joined the executive search... →

31st May 2018 Toronto-headquartered gold developer Eastmain Resources says the strong economics demonstrated in the recent preliminary economic assessment (PEA) on its flagship Eau Claire project, located in Quebec’s James Bay region, has opened the door to proceed to the prefeasibility stage, while allowing... →

31st May 2018 A one-day strike by Canadian Pacific (CP) Railway engineers and conductors is not expected to have a lasting impact on Canada’s mining operations, the Mining Association of Canada (MAC) said on Wednesday. Members of Teamsters Canada Rail Conference (TCRC) downed tools on Tuesday night following... →

31st May 2018 The TSX-V-quoted equity of technology firm E3 Metals Corp jumped on Wednesday following an announcement by the company that it has succeeded in concentrating raw brine from 75 mg/ℓ to 1 206 mg/ℓ lithium in less than three hours, while simultaneously removing 99% of the critical metal impurities.... →

‘There is no knowing where the change will end’ – analyst

30th May 2018 The wave of change that the electrification of automobiles brings is moving beyond electric vehicles (EV) to the micro, artificial intelligence and autonomous mobility options, which should increasingly be brought into the outlook for the burgeoning market. “Big gambles and bold leadership does... →

30th May 2018 Gold major NYSE-listed Newmont Mining has agreed to sell its royalty and streaming portfolio to junior TSX-V-listed Maverix Metals in a cash-and-scrip deal that will see Newmont take a 28% stake in the aspirant royalty and streaming firm. Under the terms of the deal, Newmont will receive... →

29th May 2018 Ottawa announced on Tuesday that it has reached agreement with pipeline builder and operator Kinder Morgan to buy the existing Trans Mountain pipeline and associated controversial expansion project for C$4.5-billion, in the clearest-yet government signal that the oil expansion project is of... →

29th May 2018 Canadian exploration junior Pacton rose to a new 52-week high on Monday after it announced that it has agreed to acquire the Friendly Creek exploration licence and mining leases, in Western Australia, from private Australian vendors. The Vancouver-based company has signed a binding letter of... →