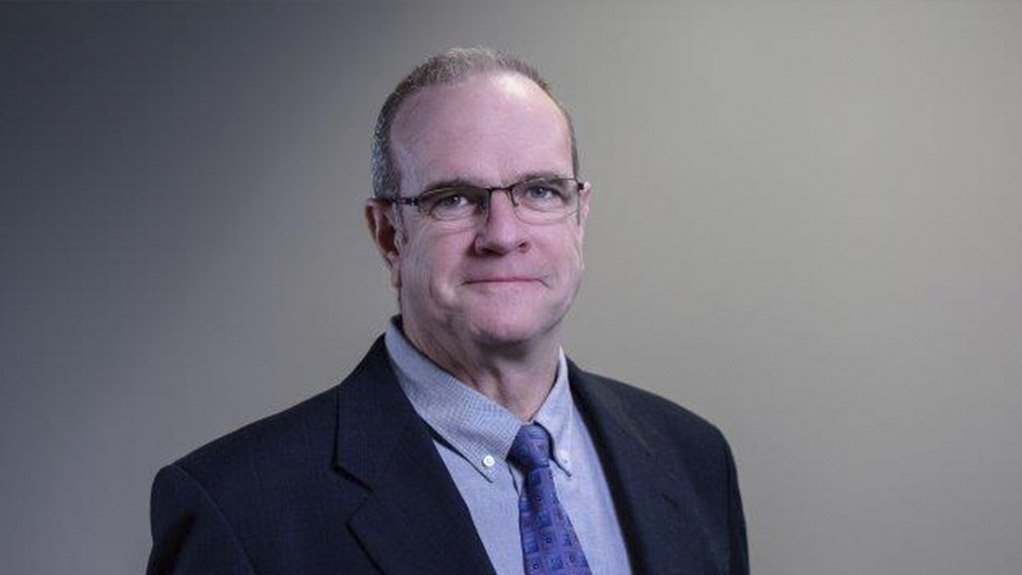 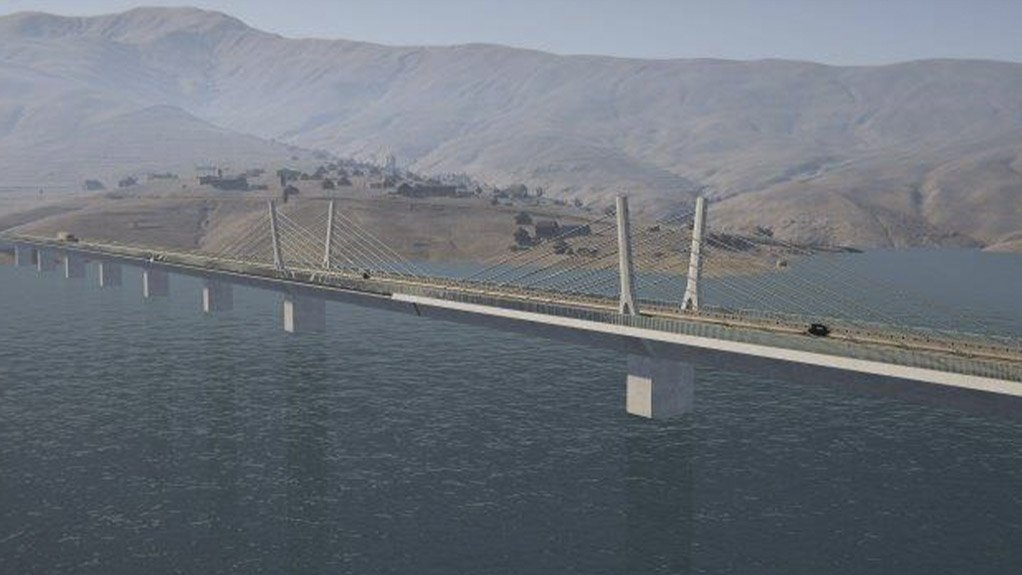 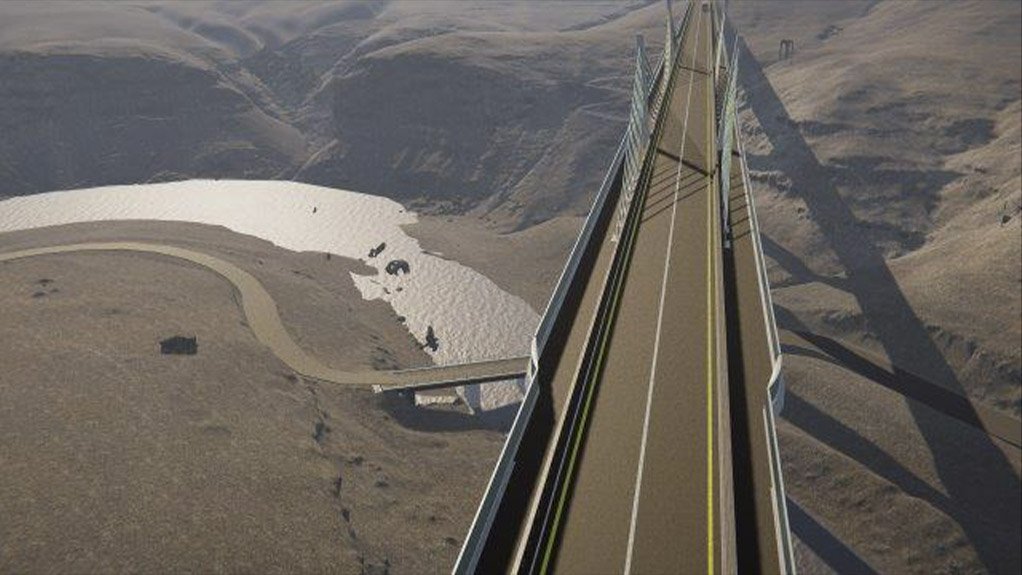 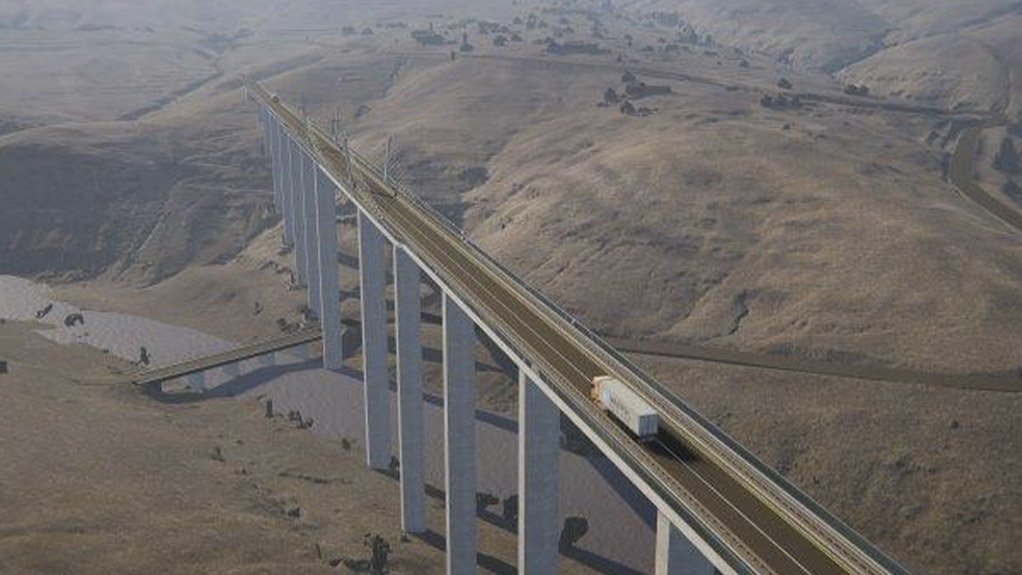 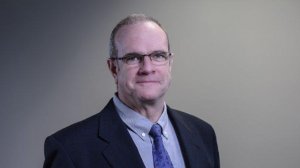 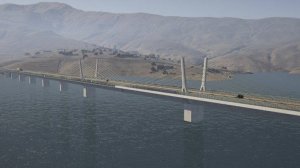 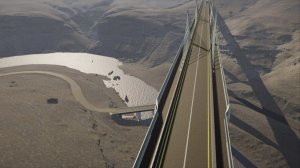 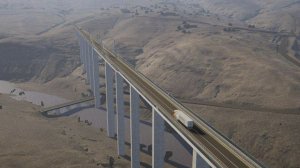 Leading consulting engineering and infrastructure advisory firm Zutari has been awarded a contract by the Lesotho Highlands Development Authority (LHDA) for design and site supervision services for the Senqu Bridge, the Mabunyaneng Bridge and the Khubelu Bridge, all part of the Lesotho Highlands Water Project (LHWP) Phase II. As part of a joint venture, Zutari is also involved with the Polihali Diversion Tunnels project and the Polihali Transfer Tunnel project, explains Natie Wilson, Zutari Technical Director, Transportation Services.

The Senqu, Mabunyaneng and Khubelu bridges are situated on the A1 national route, which is the main access road between Oxbow and Mokhokong. The impoundment of the Polihali Dam will result in the flooding of the existing bridges and road in these locations, and access to Mokhotlong will be lost unless the bridges are reconstructed at higher levels. The project is therefore located in the mountainous Lesotho Highlands, where minimum temperatures of up to -20˚C have been recorded. Hence the remote nature of the site, coupled with extreme weather conditions, pose a significant logistical challenge.

An elaborate preliminary design process was followed to determine the most feasible alternatives that would meet all the required constraints that influence these bridges. One of the most important constraints considered is the influence of the structures on the local communities that will be affected by the dam development.

Senqu Bridge consists of an 825-m-long, incrementally-launched box girder deck and an extradosed stay cable portion to allow for a 100 m centre span. One of the main construction constraints for this bridge is that construction must be completed in time for the impoundment of the dam. The construction time could be reduced by constructing the bridge from both sides. In addition, flooding of the Senqu River might delay construction when a pier is constructed in the centre of the river.

In order to accommodate these two constraints in the design, the normal practice of a temporary steel launching nose was removed and replaced by supporting the front portion of the deck by means of cable stays. This pier in the centre of the river was removed, resulting in a 100 m centre span above the Senqu River. This span would be formed by stitching together the two decks launched from either side of the river, meeting in the centre of the 100 m span. The substructure consists of 90-m-high piers founded on spread footings.

Three-dimensional models of the bridges were created in Revit, and the normal standard tender drawings, as required by the construction industry, were generated from these models. The 3D models were used to better visualise the structure and construction process for the client and prospective tenderers. For this purpose, an interactive model of the bridge was created to allow the client to visualise the structure in its surroundings before and after dam impoundment.

An innovative virtual tender briefing was carried out in March 2021 for Senqu Bridge, with the tender closing in July 2021. It is anticipated that ground should be broken in Q2 2022. The duration of construction is estimated at three years for Senqu Bridge and two years for Mabunyaneng Bridge and Khubelu Bridge respectively.

During construction supervision, Zutari will provide a range of staff, many of whom will relocate to site for the duration of the project. All prevailing Covid-19 regulations will be adhered to, and a site-specific health and safety management plan will be compiled by the successful tenderer and reviewed by Zutari prior to commencement of construction.

Local labour requirements are part and parcel of the tender philosophy and will be coordinated via the LHWP implementing authority, Lesotho Highlands Development Authority (LHDA). During the tender design stage, skills development was overseen by the Zutari team, with senior staff members working closely with and imparting their knowledge and experience to junior staff members. In addition, two young professionals were seconded by LHDA to Zutari. These individuals were fully integrated into the Zutari design team and hence gained invaluable experience.

“LHDA, through its Project Management Unit, has been instrumental in making a success of the project thus far. Although it operates within a highly regulated environment due to the multinational and multidisciplinary nature of the project and overall programme, it has been visionary in the way it has approached the execution of the contract, and in particular their relationship with all stakeholders,” concludes Wilson.