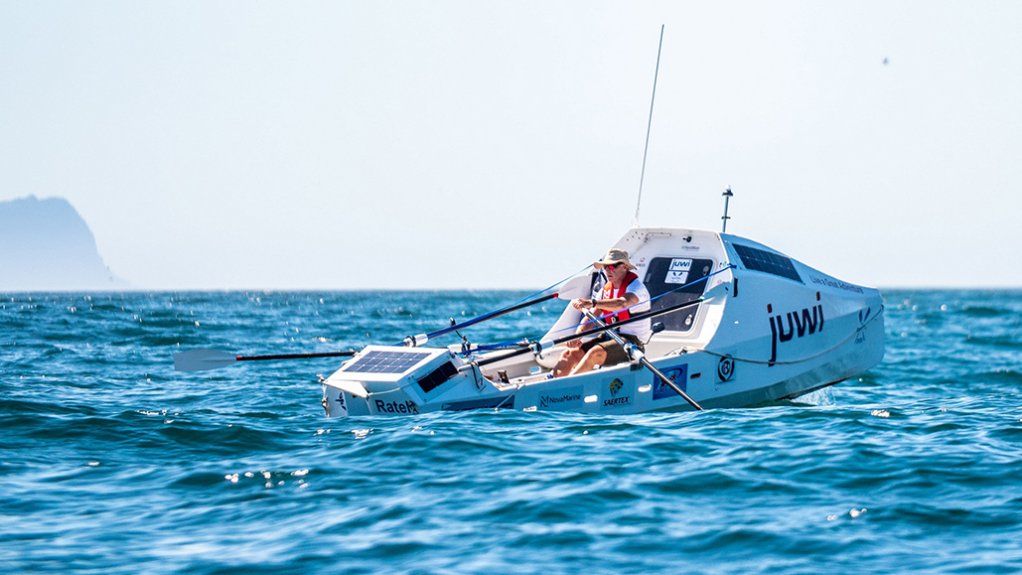 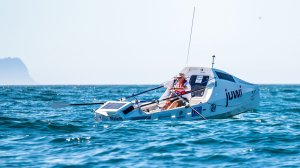 The 59-year-old rower Zirk Botha on January 22 reached the halfway mark in his transatlantic ocean journey from Cape Town to Rio de Janeiro.

The transatlantic crossing requires him to row completely unassisted for about 90 to 100 days, over about 7 000 km, or 3 800 nautical miles, in often difficult weather and sea conditions.

On January 11, Botha was already one week ahead of his initially planned schedule, having travelled 2 500 km, or 1 350 nautical miles, at the time, after starting his journey in mid-December.

He is the first person to attempt the journey, rowing alone and unsupported by any safety craft, and his pace is setting outstanding records.

Engineering News previously reported that Botha, who is being sponsored by renewable energy company Juwi, says he did a great deal of research on his route, as well as on finding a weather window, considering that wind direction was key.

His voyage is informed by a historical maritime practice going as far back as when Vasco Da Gama was travelling the seas. Da Gama used trade winds to his benefit. The same route and similar timing have been used during the Cape to Rio yacht race.

Botha is following what is known as the Great Circle Route, which is not a direct route from Cape Town to Rio de Janeiro. He explains that he first headed out of Cape Town in a north-west direction to benefit from the prevailing south-easterly wind, then turned west and travelled at a latitude of 17˚S.

Now, Botha has the trade winds behind him as he crosses the Atlantic to reach the Brazilian coast, where he will turn south again towards Rio de Janeiro, which is at 23˚S.

The specific design incorporates honeycomb construction principles, which ultimately makes it strong yet lightweight. The boat is constructed like a life boat to self-right, meaning the boat will roll back upwards in case the boat is tipped in extreme weather.

The boat is 6.5 m long, with a 1.62 m beam and weighs about 550 kg, including all equipment, spares and food loaded. The boat is powered by two 12 V batteries connected in parallel with a combined 200 aH capacity.

Botha served 17 years in the South African Navy, during which time he completed three Atlantic crossings.

He is optimistic that he will reach Rio de Janeiro in less than 90 days.