Carport can provide shade and electricity 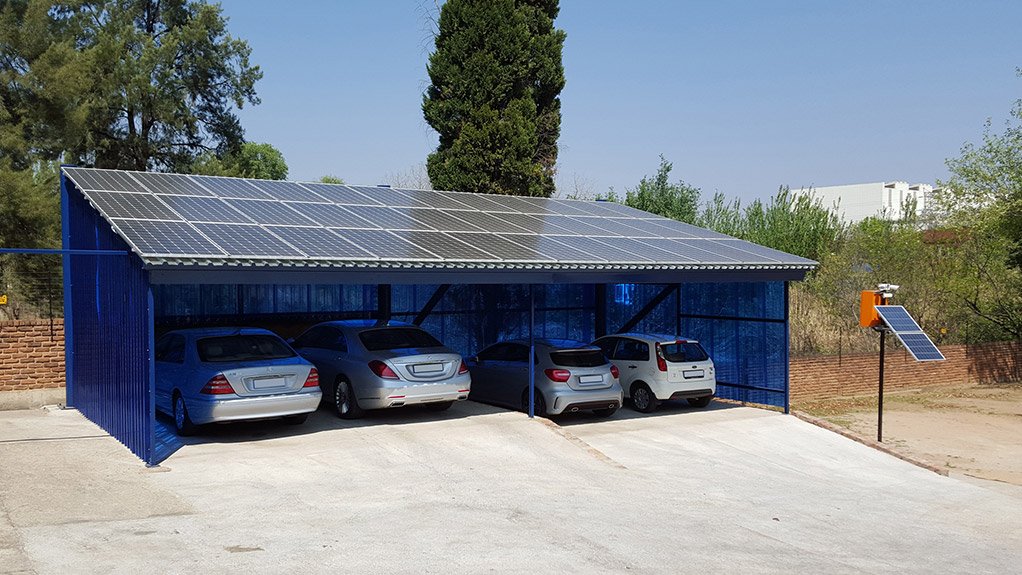 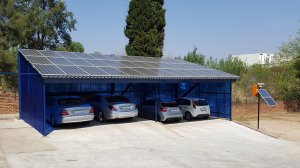 DUAL PURPOSE The 72 m² carport provides shade and protection from the elements while generating 11.52 kWp of power a day

Advanced power systems supplier Sinetech has developed a carport that not only provides shade but can also boil the kettle for a hot cup of tea. The carport will be on display at the 2016 edition of Power and Electricity World Africa on March 15 and 16.

At 72 m2, the four-berth carport, which provides shade and protection from the elements while generating 11.52 kWp of power a day, is large enough to accommodate an array of solar panels in a photovoltaic system.

The system makes use of a 12 kW inverter and 36 W × 320 W polycrystalline panels to create a system that can provide an office block with up to 65 kWh of power daily.

Sintech COO Chris Rodgers notes that such a system can be seen as an electricity storage tank when alternating between grid power and solar energy.

He mentions that the advantages of using backup solar power are endless.

“Typically, these systems are designed to provide constant power for between four hours and six hours, coincident with the typical load-shedding schedule. Should a power failure occur, the inverter detects this and immediately routes power to the various circuits on your distribution board which you have deemed to be critical and appliances connected to those circuits continue to operate uninterrupted,” Rodgers says.

Consumers can insure the best of both worlds by receiving electricity feed from the grid as well as the solar panels. Rodgers states that by installing an inverter system that provisions for solar power, users can scale up their inverter system and, in the near future, under the guidelines of the National Energy Regulator, power back into the grid, allowing users to accrue credit on their power account.

Cost, however, remains a detrimental factor when acquiring a solar solution, but Rodgers refers to the Council for Scientific and Industrial Research report, noting that residential-sized photovoltaic systems are already a cost-competitive alternative to other options, costing an estimated 81 kWh/c, compared with 80 kWh/c at the Medupi or Kusile power plants. This solar power cost includes financing at an interest rate of 9%.

Rodgers says that several consumers have started to realise that establishing an inverter backup system to mitigate load-shedding and the inevitable outages that are coming owing to reduced maintenance by Eskom. He reiterates that the use of such a solar system can curb the impacts that a loss of power will have on a household.