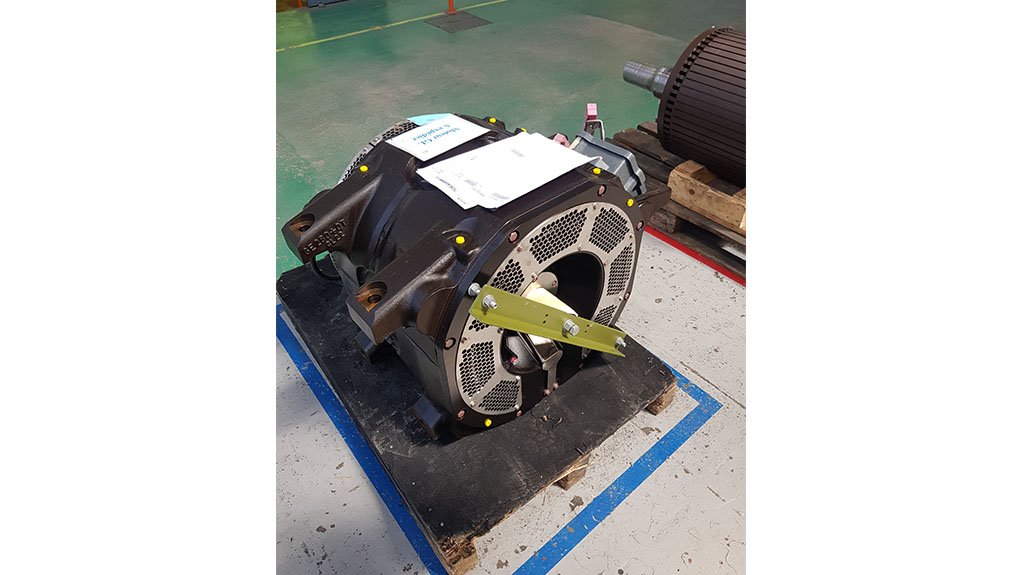 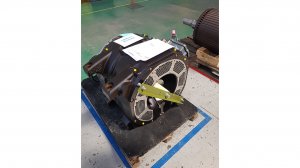 Although the conversion of railroad equipment supplier Gibela Rail Transport Consortium’s training centre into a traction motor manufacturing workshop has been delayed because of Covid-19, the project is again on track for completion by the end of the year.

The company says that the electrical and civil works required are in place and the cranes being used in the manufacturing process were installed earlier this month.

The workshop will manufacture traction motors that convert electrical energy into mechanical energy, which, in turn, creates a rotating force on the shaft driving the gearbox in the middle of the eight bogies of a train.

“The rotating magnetic field created by the electric current in the coil windings is regulated by an upstream traction converter to control the speed of the motor shaft,” explains Gibela motors unit manufacturing director Guenther Bargon.

He adds that the company hopes to send a full production prototype to rail transport company Alstom in Ornans, France, by the end of the year.

“This is made possible through the transfer of a technology assistance programme, where product and process experts from Alstom Ornans train and coach local employees.”

The prototype will be evaluated to ensure that it meets all the necessary technical performance specifications and criteria. Once these specifications are met, production can start, says Bargon.

“The validation will hopefully happen in January, with the official start of production in February. Thereafter, there will be a nine-month ramp-up of production before feeding into the main rolling stock production on site.”

Subsequently, it is expected that 84 motors a month will be produced.

“This heralds the dawn of a new era in South Africa’s railway manufacturing capability, as these major components have never been produced in the country previously,” boasts Gibela CEO Hector Danisa.

He adds that this major step positions Gibela as a unique and integrated rolling stock manufacturer and strengthens the company’s rail product manufacturing capability and footprint.

“It bodes well not only for the company but also the country, as it demonstrates a giant stride towards localisation, which includes producing local content, job creation and the transfer of technology and skills.”

Danisa concludes that the localised production of traction motors will contribute 30% towards Gibela’s local-content key performance indicator by May 2021. By 2025, this figure will rise to 65%.