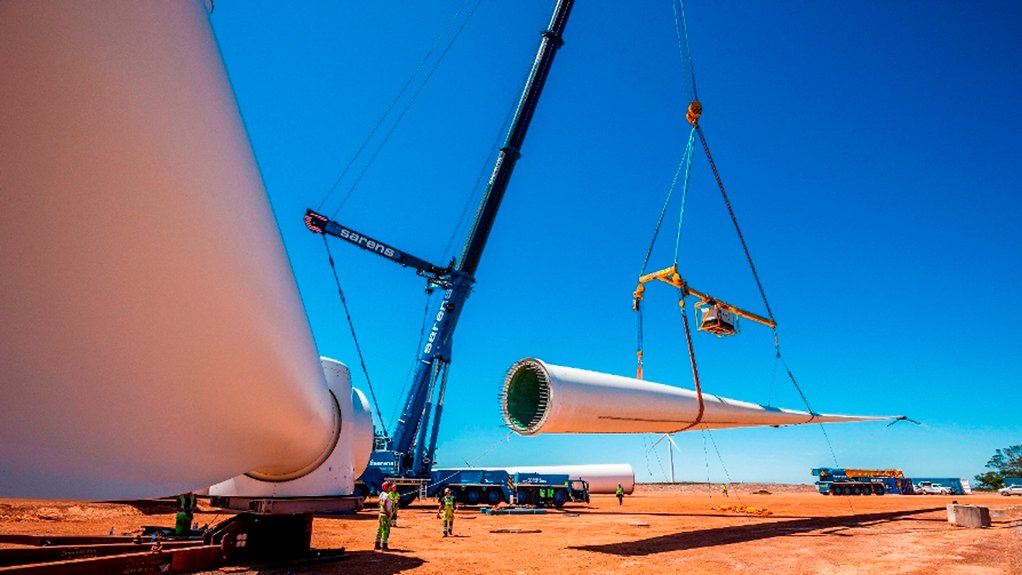 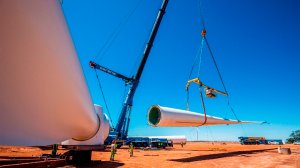 The domestic wind industry plans to approach the Department of Mineral Resources and Energy (DMRE) with a series of recommendations for boosting local content and direct South African involvement in the deployment of 4 300 MW of new wind capacity over the coming three years.

The proposals focus primarily on embedding greater predictability and flexibility into the procurement rounds, which resumed this year following a seven-year disruption – a pause that resulted in some aspects of the domestic supply-chain, built between 2011 and 2014, being lost.

BTE Renewables CEO Robert Skjodt has been given responsibility for compiling the recommendations after he moderated a panel discussion with independent power producers (IPPs) and original equipment suppliers during the 2021 edition of Windaba, which took place in Cape Town this week.

Skjodt tells Engineering News that the industry is not concerned about meeting the 40% local-content threshold prescribed for the fifth bid window (BW5) of the Renewable Energy Independent Power Producer Procurement Programme (REIPPPP), which is currently being adjudicated.

It is also confident of the 49% black ownership threshold being met, despite the $8-billion capital expenditure involved.

However, the 24-month build timetable prescribed by the IPP Office is set to stretch the domestic supply chain to its limits as some 800 turbines are manufactured, transported and installed over the period.

Skjodt says IPPs will have more scope to integrate new entrants and small businesses into the programme if the schedule is extended.

The industry will, thus, propose that the delivery schedule be increased to 36 months to ease the bottlenecks and to create the time and space required for new entrants to invest and ramp up.

To create the certainty required for new investment in the supply chain, the industry will also request the DMRE to consider announcing fixed dates for future bid windows.

“Having greater predictability would improve prospects tremendously for companies and entrepreneurs seeking to raise finance for the investments required to position themselves for a role in the industry,” Skjodt argues.

While the resumption of the REIPPPP has been widely welcomed, there has already been some schedule slippage with preferred BW5 bidders yet to be named, despite earlier indication by the DMRE that BW6 would be launched before the end of September.

Following the BW5 submission closing date of August 16, the DMRE confirmed that it had received 39 onshore wind bids, suggesting significant over-subscription in light of the fact that only 1 600 MW had been allocated to the round.

Besides the recommendations on how to boost domestic participation and benefits from the REIPPPP, the industry is keen to engage with the DMRE and the IPP Office on how best to overcome the immediate grid-capacity constraints.

Although it would be too soon to introduce regional allocations, aligned with grid capacity, for BW6, Skjodt says that it would make sense to add a spatial component in future.

However, he also believes that IPPs could provide some innovative solutions for extracting additional capacity in provinces such as the Northern Cape, where the network is said to be at full capacity, as well as the Western Cape, which is approaching its capacity limits.

“Ultimately, we would like to engage with the DMRE and the IPP Office to find solutions that are favourable for the industry and its role in supporting the just transition through supporting domestic enterprise development and higher job creation.”