Where there is a future, there is cement 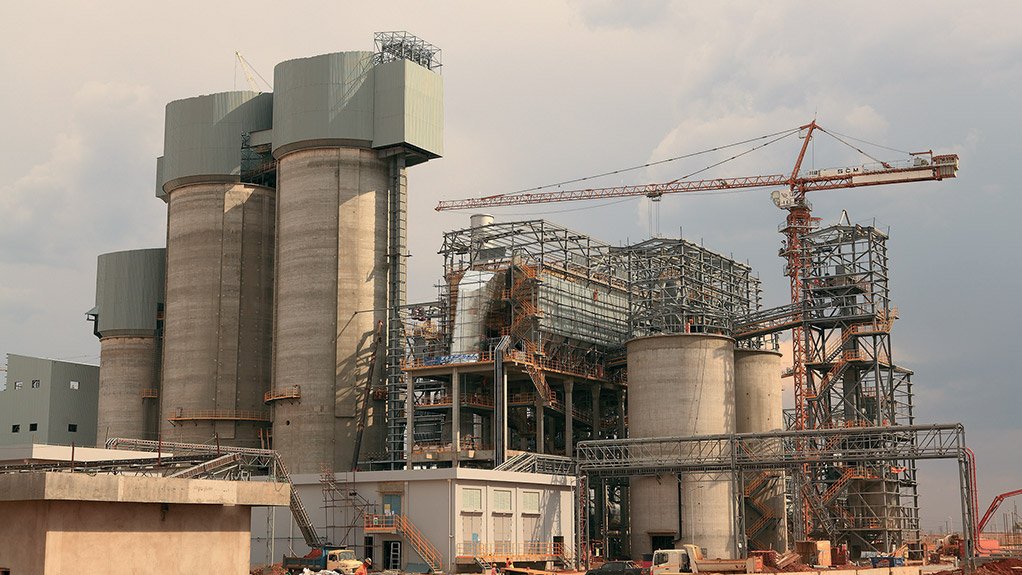 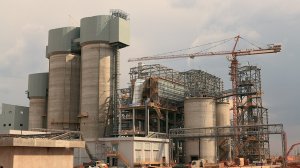 DELMAS PLANT Kendal power station is only 35 km from Delmas, thereby reducing the transportation costs of the raw material required to produce the cement

Clinker producer Sephaku Cement reports that the first of its new cement projects, in Delmas, Mpumalanga, will open in January 2014.

Sephaku Cement was established in 2006 after its founding shareholder, Sephaku Holdings, secured limestone resources and injected the initial seed capital required for the project to go ahead. The projects were fully funded in late 2010 after attracting the largest inward investment in South Africa by an African company, namely Dangote Cement of Nigeria.

Sephaku Cement CEO Pieter Fourie said: “The main driver to enter the cement industry was based on our belief in the long-term sustainable growth of cement – it is a basic requirement for any developing country and, while South Africa has relatively good infra-structure, there is still a lot to be developed. In addition, current production facilities within the cement sector are ageing, thereby making production less reliable at a time when it needs to be increased in a cost-efficient manner. We believe that our investment in state-of-the-art technology will positively ensure Sephaku Cement’s competitiveness."

"During 2007 our research confirmed that we were able to access a reliable source of limestone between Lichtenburg and Mafikeng, in the North West province. Based on this confirmed limestone resource, we initiated a project and viability study to develop a clinker plant with a production capacity of 5 100 t/d of clinker and a grinding plant at the clinker facility, as well as a separate grinding plant in Delmas.

“Following the success of the viability study we were able to raise the first tranche of equity required, which was R350-million. This was the initial investment by Dangote Cement in Sephaku Cement. As Dangote Cement is the largest cement producer in Africa, we believed that Dangote could assist us with technical skills that we required and would also be able to successfully partner with us to the project’s completion,” explains Fourie.

It was, however, not easy for Sephaku Cement to raise all the funding required due to the economic downturn. Prior to the market stagnation of late 2008 and 2009, the funding for the cement plant was anticipated at R1.2-billion in equity
and R1.8-billion through loan funding, bringing the total cost of the project to R3-billion. Once the global recession started to ease during 2010, Dangote Cement invested further in the project, bringing its total investment up to R1.129-billion in equity, which, together with Sephaku Holdings initial investment, fulfilled the R1.2-billion equity requirement.

This makes Sephaku Cement a 64% owned subsidiary of Dangote Cement and an associate of JSE-listed Sephaku.

Aliko Dangote is the major shareholder in Dangote Cement. He is the wealthiest businessperson on the African continent and in the top 50 on the Forbes wealthiest list. He believes in the development of Africa and where there is a need for infrastructure rebuilding, there is a need for cement. He has recently committed to build a $9-billion oil refinery in Nigeria.

As a result of the increased investment by Dangote Cement in Sephaku Cement, the cement project in the North West province was redesigned to include a 6 000 t/d clinker facility, resulting in a total cement capacity of 2.5-million tons a year. This makes the development the largest single cement kiln in South Africa.

“It is significant that while we increased the plant capacity the project budget remained R3-billion,” notes Fourie.
All critical equipment required for the new plant has been imported from Europe. Sinoma International, the largest supplier of cement plants in the world, was awarded the R2.4-billion turnkey contract to design, fabricate, build and commission the new Aganang cement plant and the milling plant at Delmas, says Fourie.

“Sinoma International has constructed several lines successfully through Dangote Cement and were the only manufacturers of cement plants that were willing to offer us a fixed price turnkey project,” says Sephaku Cement commercial manager Duncan Leith.

As newcomers to the cement sector, Sephaku Cement believes that it can garner a significant portion of the inland market owing to investment in new, improved and more efficient technology, and the company’s close proximity to its identified market. The whole cement process starts in Lichtenburg, with the clinker being transported to Sephaku Cement’s milling plant in Delmas.

A benefit of producing cement at Delmas is that it is more cost effective to transport clinker than cement. Sephaku’s fly ash beneficiation plant at State-owned power utility Eskom’s Kendal power station is
another efficiency factor.

Kendal is only 35 km from Delmas, thereby reducing the transportation costs of the raw material required to produce the cement.

“The cost of transporting cement is high – probably about 30% of the total production cost. It is very volume intensive, with some 300 to 350 truckloads, at peak, a day expected to deliver cement to our customers around the region once the operation has fully ramped up. One has to manage customer expectation well, asthere are delivery variables that have to be met. Therefore, we have gone out to tender for suitable transport providers, and carrier selection is being finalised as we speak,” Leith points out.

The second highest cost for cement production, after logistics, is power consumption charges. Sephaku Cement believes it will be 30% to 40% more efficient due to the installation of new milling plant technology, all of which is vertical roller mills.

Fourie said: “We believe that some of the older cement plants in South Africa should, in fact, be decommissioned due to their cost inefficiencies and impact on the environment. These energy efficient vertical roller mills are less harmful to the environment, with dust emissions that exceed the European Union minimum specifications.

“Contractually, it is guaranteed that our plant will not have emissions in excess of 30 mg/m3. The European Union regulations require no emissions greater than about 55 mg/m3, so we will be well within international limits. Some of the older generation plants currently operational in South Africa emit nearly 200 mg/m3.”

It is imperative that the quality of Sephaku Cement’s final cement product is consistent across all applications and, to this end, the company believes that a single kiln line clinker operation will enable it to produce the most consistent quality clinker available in South Africa.

“We have the most advanced vertical roller mills for cement grinding, which will allow this consistency to be achieved. For technical users of cement in concrete, the issue of consistency is as, if not more, important than the performance. All cements in South Africa must perform inside certain ranges of specification. It is how consistent you are inside that specification that is more important and we claim that, owing to our advanced technology, we will offer the most consistent cement in South African from 2014,” Fourie says.

“We have sought the best professionals we can find to join the Sephaku Cement team,” highlights Leith. “We have recruited concrete technologists and have a fully staffed customer support laboratory at our Delmas site. We have secured the services of cement professionals for both our retail and bulk divisions and when we open next year we expect to have the required staff complement in place. All critical skills and senior personnel are already in place,” he says.

Collectively, there is in excess of 200 years cement experience among the top 30 cement professionals currently employed by Sephaku Cement, who all bring extensive knowledge of the industry to the Sephaku table.

As new players in the market, Sephaku Cement has the opportunity to structure some social development and enterprise initiatives and will launch a number of these developments during the course of 2014. They will also launch social investment initiatives in the areas in which the company’s plants operate.

“On the enterprise development front, we are setting up several small business initiatives in the transport, logistics and pallet sectors. The social investment initiatives include upgrading the local clinic, a bakery project, school interventions such as organising sports days, as well as providing blankets for children and pensioners,” adds Fourie.

The Future is Bright

Through Sephaku Cement, Fourie believes the local cement industry will be rejuvinated.

“We are extremely positive about South Africa’s future as well as that of the African continent. We believe we can offer fresh influence in the market place with our more progressive, passionate and hi-tech approach to the business of cement production – we will change the face of the industry,” he says.

Sephaku Cement is a totally African company backed fully by the largest and most dynamic cement company on the African continent, adds Leith. “We are extremely optimistic about our competitive offering and our future expansion. We state that ‘if you believe in the future, you have to believe in cement.”