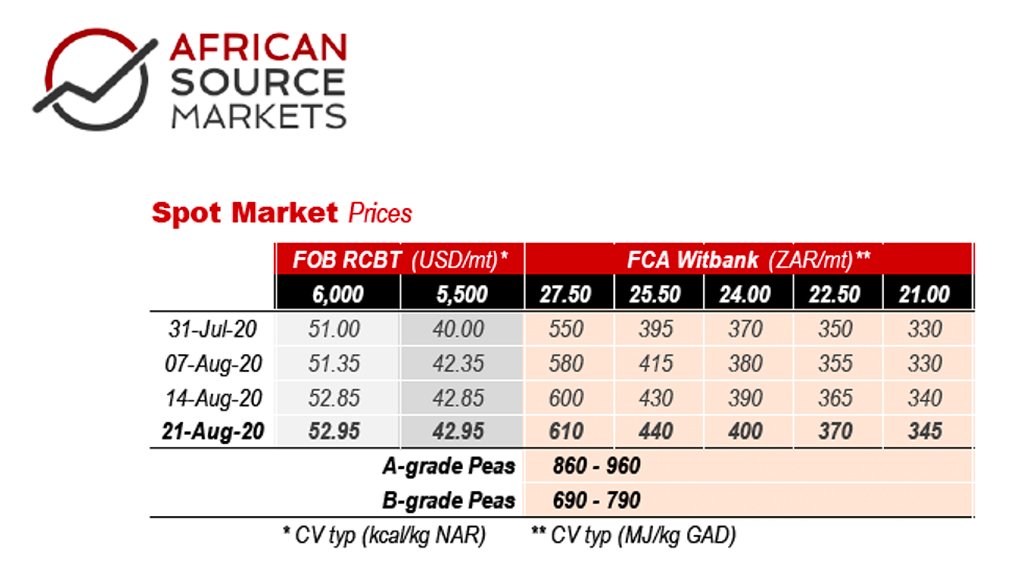 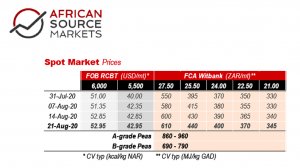 Vietnam is the new coal exporter’s darling, as imports surged during the COVID-19 pandemic, increasing around 46% y-o-y. The country has imported circa 36-million tonnes so far this year, although Indonesia, Russia and China are the major suppliers.

SA clearly has a major freight disadvantage and markets such as Africa, India and Pakistan are better suited. Demand elsewhere remains moribund whilst the only coal producing nation with any meaningful production shut-ins remains Colombia, aided by striking workers downing tools over pay disputes.

The recent rolling power outages in California have raised new questions over the role of intermittent renewables power vs. baseload coal and gas supply. With growing public insight into the dirty nature of mining for cleantech e.g. Elon Musk’s nickel batteries, this is going to be a persistent theme for a while.

Botswana and Namibia appear set to sign a 5GW solar power agreement, which will cut coal dependency and possibly lead to exports of power across the SA Power Pool region. This could have a knock-on impact on daytime load demand for Eskom.

In the ongoing saga of Tegeta’s business rescue, it appears that Black Royalty Minerals has finally won approval for the acquisition of Koornfontein Coal Mines, which should come with a 1.5 Mtpa RBCT export allocation.

Price remains lethargic even as momentum is now clearly enjoying time in positive territory. One might now expect that this upwards push should start to strengthen from here. To the extent it does not, this would highlight just how weakly the market is performing.

However, the great Q4 rallying season is almost upon us, and with it the chance to lock in higher prices for the year ahead. Will we see the same surge higher that the market has typically enjoyed?