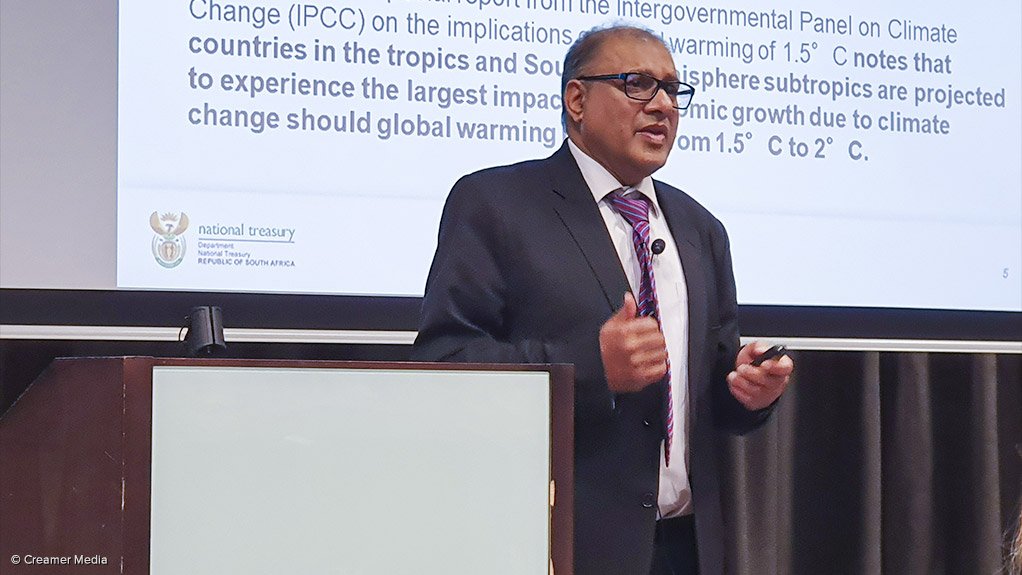 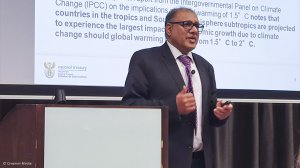 A leading National Treasury official has warned industry to prepare for a significant strengthening of South Africa’s carbon tax during the second phase of implementation, which will begin in January 2023, describing the first phase, which came into force on June 1, as “weak”.

South Africa’s headline carbon tax rate has been set at R120/t of carbon dioxide-equivalent (CO2e) emissions. During the first phase, however, several tax-free allowances and offsets have been included, which will result in a materially lower effective tax rate of between R6/t and R48/t.

South Africa's largest emitter, Eskom, is exempt form paying carbon taxes in the first phase. Had it been included its yearly tax liability would have been R11.5-billion and would have placed further upward pressure on tariffs.

Speaking at a seminar in Johannesburg on Tuesday, deputy director-general Ismail Momoniat dismissed the persistent argument that the tax had been introduced to raise revenue, insisting instead that it had been designed primarily to change behaviour.

“The carbon tax is pretty weak . . . but very important symbolically,” he argued, indicating that it was likely to raise less than R3-billion a year during the first phase.

“But we have also made no secret of the fact that this tax will increase in future.”

Many in business remain sceptical, however, with some mining and industrial executives warning that the carbon tax will result in the loss of production and employment.

Business Unity South Africa’s (Busa’s) Jarredine Morris reiterated organised business’ opposition to the tax during her presentation to the seminar, hosted by Webber Wentzel and the Mail & Guardian.

Morris said that, although Busa recognised the potential benefit of sending an appropriate carbon-pricing signal, it remained concerned that the tax could deter both domestic and foreign investment.

Busa also questioned whether the tax would be an effective instrument for changing behaviour in the South African context, owing to the fact that many of the processes that underpinned mining and manufacturing activities could not be changed.

Morris was also concerned that several subordinate regulations had not yet been published, which made it difficult for companies to calculate their tax liabilities.

Busa would also continue to call on government to transition to a solution that integrated the carbon tax with the proposed carbon budget system whereby the tax was applied as a penalty in those instances where emissions exceeded the carbon budget.

However, Climate Neutral Group senior carbon adviser Silvana Claassen concurred with Momoniat’s view that the first phase had been crafted to “cushion” industry.

She said that, at R120/t, the rate was low when measured against global benchmarks that set the carbon price at between $40/t and $80/t.

“My advice to South African companies is to use the first phase to reduce your emissions so that you can reduce your tax liability come phase two,” Claassen said, arguing that the tax rate was likely to increase and the allowances decrease from 2023 onwards.

Momoniat rejected the notion that the introduction of tax ran counter to government’s ambitions to attract investment and reignite growth.

He also reiterated the National Treasury’s rejection of calls for the revenue raised from the tax to be earmarked specifically for programmes that would support climate resilience, adaptation and mitigation.

“It is best for revenue to be centralised, otherwise you might find that we direct too little money towards the objective we want to meet.”

In response, Organisation Undoing Tax Abuse executive head Dr Heinrich Volmink called on the National Treasury to provide yearly reports on how much revenue was being raised from government’s various environmental levies and to juxtapose these against the allocations made for environmental programmes.

“You can still recycle the revenue into the central fiscus, but at least if we see these two figures side-by-side we will be able to see if there is some approximation  . . . I would argue that it is our fiscal right to be able to see the correlation between what’s been collected and what's been spent in terms of carbon mitigation.”