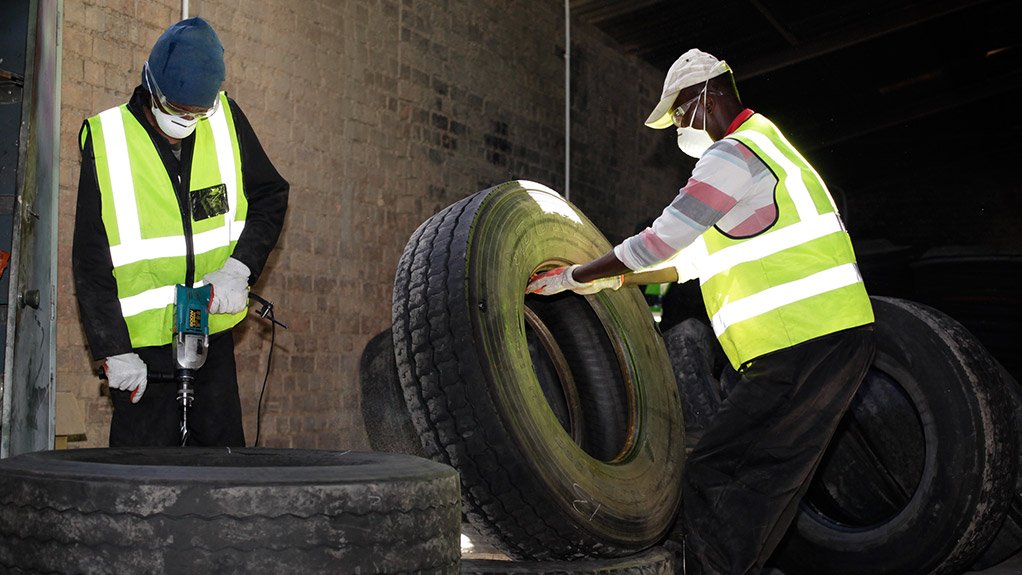 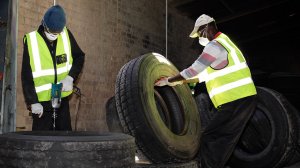 AIMING HIGH Redisa aims to exceed its target of creating 2 521 jobs this year, as 91% of that target was reached by the end of May

“As at May 31, 2015, Redisa surpassed its waste-tyre-diversion target by 9% for the period, which means we are well on the way to dipping into the 2016 target,” Davidson tells Engineering News.

“While our aim was to create 2 521 jobs this year, we believe we will exceed the requirement by year-end, as 91% of that target was reached at the end of May.

“Moreover, in terms of small-business development, Redisa met 74.6% of the target to date, having created 190 small, medium-sized and microenterprise transporter operations of the 2015 target of 245 such units,” she elaborates.

Since Redisa’s inception in June 2013, the programme has diverted about 126 616 t of waste tyres, of which about 79 496 t has been recycled or processed through pyrolysis, tyre-derived fuel applications or rubber crumbing.

Davidson says Redisa is tabling this plan with the relevant governmental departments, adding that the initiative estimates that about 44% of South African households do not have access to waste collection services.

The ‘waste-into-worth’ concept is not limited to tyres and a key aim of Redisa is to realise this concept in other waste streams, further driving economic growth and employment opportunities, she reiterates.

Additional Focus The recurring perception that waste remains waste, rather than a value-retaining commodity, remains one of the shortcomings of global waste management, hence Redisa’s focus on resource efficiency and a secondary-resource industry incentive.

“The principles of waste management should focus on resource efficiency, and industry should change its paradigm of a linear economy and disposal culture to one where manufactured and consumed products are reused or repurposed,” says Davidson.

As part of enhancing the programme’s recycling capacity to drive and enhance market demand for output products, Redisa will increase its focus on secondary products, as well as focus on the quality of these products.

“We firmly believe in taking consumer products further than the end of their accepted life cycle, and that reintroducing them into the economy will reduce our reliance on fossil fuels for new product development,” adds Davidson.

She further points out that about 27 commodities globally are reaching their peak of consumption, while several ecosystems are nearing critical tipping points of depletion or irreversible change resulting from economic development and population growth.

“If waste is recovered and recycled into new raw materials or used for energy efficiency, thereby creating value instead of costs associated with waste, then everyone benefits,” she stresses.

Davidson notes that there is, therefore, significant potential for Redisa to create a range of secondary manufacturing industries.

She first told Engineering News in February that this increased demand for recycled tyres extended to secondary products, such as rubber-crumb fillers used in asphalt by road builders, the manufacturer of solid tyres, planters, chairs and blasting mats.