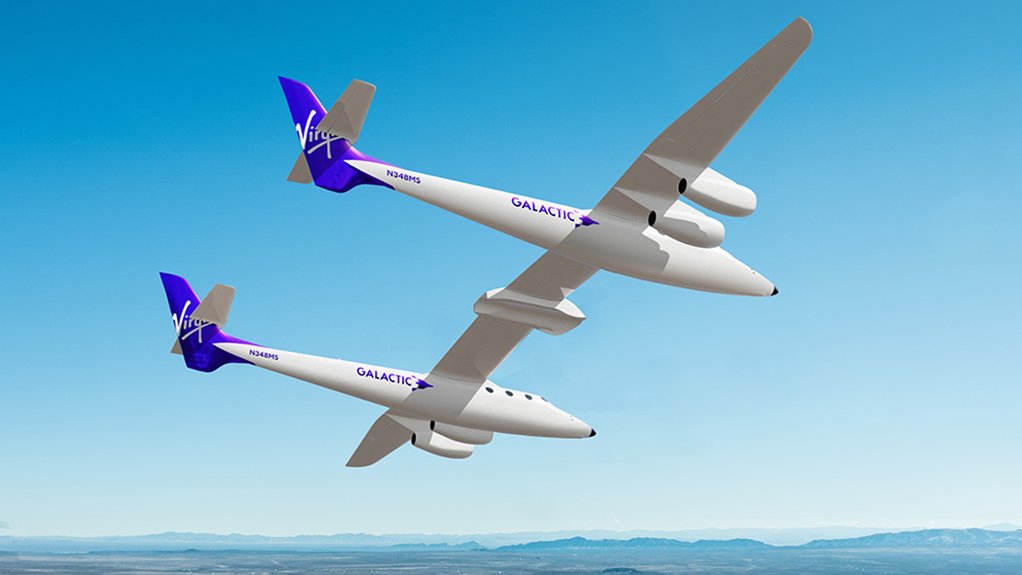 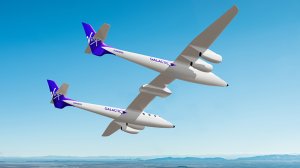 US sub-orbital space tourism company Virgin Galactic (not to be confused with spun-off and now separate sister company Virgin Orbit) announced on Wednesday that it had ordered two new ‘mothership’ aircraft from Aurora Flight Sciences, which is a subsidiary of giant aerospace group Boeing. The value of the contract has not been revealed.

Virgin Galactic’s operating model involved taking people into space on suborbital flights, flown with piloted rocket-powered spaceplanes. These spaceplanes were carried aloft by conventionally-engined large carrier aircraft, called motherships. To execute a mission, a mothership would climb to an altitude of about 50 000 ft (15 240 m) and then release the spaceplane it was carrying, which, once clear of the mothership, would ignite its rocket motor and zoom in to space, subsequently re-entering the atmosphere and gliding back to the spaceport.

The company currently had one mothership, designated WhiteKnightTwo and carrying the individual name VMS (for Virgin MotherShip) Eve. It also had one operational spaceplane, designated SpaceShipTwo, and carrying the individual name VSS (‘Virgin Space Ship’) Unity. Both were currently undergoing extended maintenance at the Virgin Galactic facility at Mojave in the US state of California. However, the company’s operations base was Spaceport America, near the town of Truth or Consequences (yes, that’s its name) in the US state of New Mexico.

Virgin Galactic’s first SpaceShip III spaceplane, VSS Imagine, has been rolled out but reportedly not yet flown (and obviously cannot fly until VMS Eve returns to service). The second SpaceShip III, VSS Inspire, is currently being assembled. These will be followed by the Delta spaceplane, which will be a more ‘production-friendly’ version of the SpaceShip III.

“Our next-generation motherships are integral to scaling [up] our operations,” explained Virgin Galactic CEO Michael Colglazier. “They will be faster to produce, easier to maintain and will allow us to fly substantially more missions each year. Supported by the scale and strength of Boeing, Aurora is the ideal manufacturing partner for us as we build our fleet to support 400 flights per year at Spaceport America.”

“This partnership between Aurora and Virgin Galactic brings together teams that share a passion for aerospace innovation and exploration,” affirmed Aurora president and CEO Per Beith. “Aurora’s decades of experience in aircraft design, composite manufacturing, and vehicle integration, coupled with our world-class engineers and manufacturing technicians, enables us to provide the unique expertise and capabilities necessary to complete these next-generation aircraft.”

The first of the new motherships should enter service in 2025, which was also the same year that the Delta spaceplanes were expected to start commercial operations.