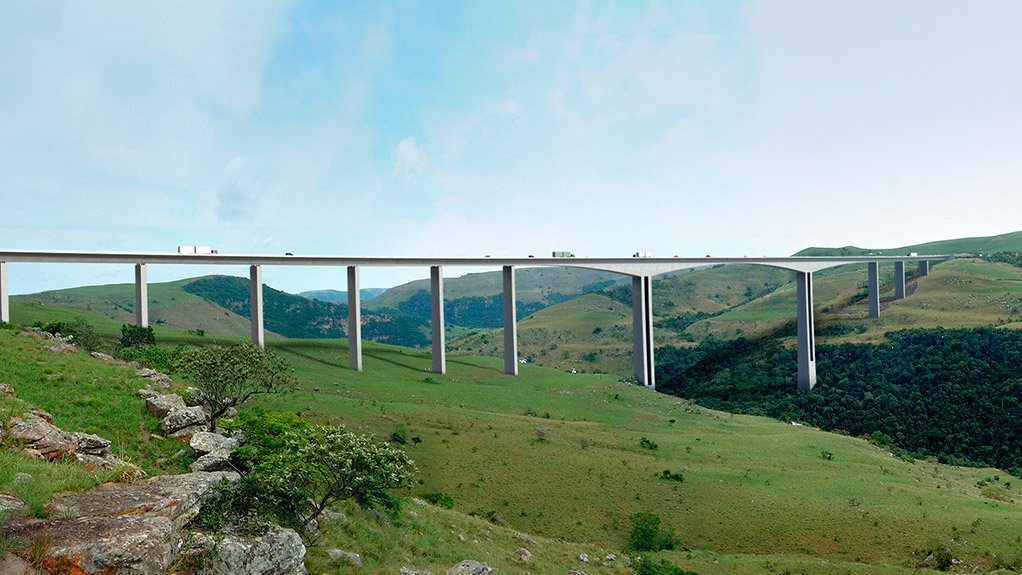 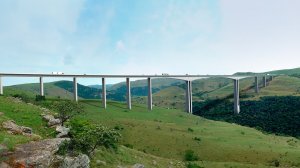 The Aveng Strabag joint venture (ASJV) has decided to terminate the Mtentu bridge contract, in the Eastern Cape.

Should it be completed, it will be one of the longest main-span balanced cantilever bridges in the world, reaching heights of around 220 m.

ASJV says it has been unable to work at the project site since October 22, owing to continuing community unrest and protest action, related to community demands on Sanral.

Sanral believes its engagement process with the community has reached a stage where work can continue safely.  ASJV does not, however, share Sanral's view.

“The ability to execute works safely and in accordance with international best practice is ASJV’s primary concern,” says Aveng in a statement.

“Aveng and Strabag, on the strength of their combined local and international experience and track-record in complex bridge projects, have come to the reasoned conclusion that the ASJV cannot resume the execution of the works given the risk to the safety and wellbeing of its personnel and has, therefore, elected to terminate the Mtentu contract following consultation with external legal advice.”

“ASJV is taking steps to protect the position of Aveng and Strabag in this regard.”

The termination will take effect on Wednesday.

“[Sanral] has, as of today [Tuesday], issued a notice of termination to the contractor for abandoning the site,” says the agency in a statement.

“The South African government, both at national and provincial level, has done all that was necessary to ensure that it was safe for the contractor to return to site.

“Sanral has been engaging with the contractor to return to site to resume work since the beginning of 2019.

“The contractor is not being transparent about its true reasons for abandoning site, but Sanral suspects that the publicly known financial challenges of Aveng may have contributed to the decision.”

Aveng is in the process of disposing of its loss-making construction business – Grinaker-LTA – which was tasked with building the Mtentu bridge.

Sanral says it will do “everything in its power to protect its interests”, adding that it will engage National Treasury to determine the quickest way to resume construction of the bridge.

The agency adds that it will also investigate the conduct of the contractor based on allegations made by the community.

Community Dissatisfied
The Mtentu bridge contract uproar forms part of a broader picture of community dissatisfaction with the scope and route of the proposed N2 Wild Coast road project.

Wild Coast community body, Sustaining the Wild Coast (SWC), says in a statement that the greenfield section of the proposed N2 toll road project is routed through an “area of critical biodiversity, including fertile farmland and estuaries upon which local people depend for their livelihoods. It is a landscape of rolling grasslands, indigenous forests and spectacular gorges that support a colony of the endangered Cape Vulture. Alternative routes for the proposed N2 would not have the same devastating impacts on the environment and cultural landscape”.

SWC indicates that the community has, since 2001, begged the then Sanral CEO Nazir Ali to build a road that would benefit local communities and not just the trucking industry.

“The proposed N2 toll road has never been in the best interests of the Mpondo communities of the Eastern Cape”.

SWC notes that Sanral should withdraw from the N2 project and “consider more carefully what role government should play in enabling sustainable development that will most benefit Eastern Cape citizens”.

“Any negative economic fallout of [the] withdrawal from bridge construction must not be blamed on those who have been opposed to the Wild Coast toll road, but rather on the failure of government to engage meaningfully with the alternative routes proposed, and residents who will be most affected by toll road construction.”

Sanral indicated in January, however, that much of the protests around the Mtentu bridge have been about the allocation and scarcity of jobs on the project, rather than the proposed routing of the highway.