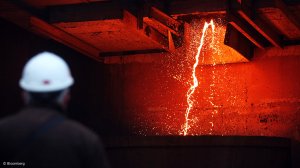 Most of the increase will come from Konkola Copper Mines’ flagship operation in Chililabombwe, near the Democratic Republic of Congo border, where the unit is seeking to triple output in three years, Steven Din said Thursday in an interview in Lusaka, Zambia’s capital. The company is investing $1-billion in projects to achieve the increase.

KCM, as the company is also known, has struggled to turn a profit amid low metal prices and copper output that fell to 94 000 metric tons in the 12 months through March 31 from 159 000 tons four years earlier. At the Konkola mine, the company produced 49 000 tons in the year that ended March 2016.

“We are working on the design to be able to take the Konkola underground mine up from where it is today to about three times that,” Din said. “Vedanta has already invested just over $3-billion. Our intention is, with some more investment, to get those production levels up.”

Vedata is now targeting raising overall production to 400 000 tons within three years, an amount it said in April could take as many as seven years to reach.

The company has restarted operations at its Nchanga mine that halted in November 2015 after copper prices plunged. KCM also plans to at least double output over 12 to 18 months at its tailings leach plant that extracts copper from old waste dumps, Din said.

Zambia is Africa’s biggest copper producer after the Democratic Republic of Congo.