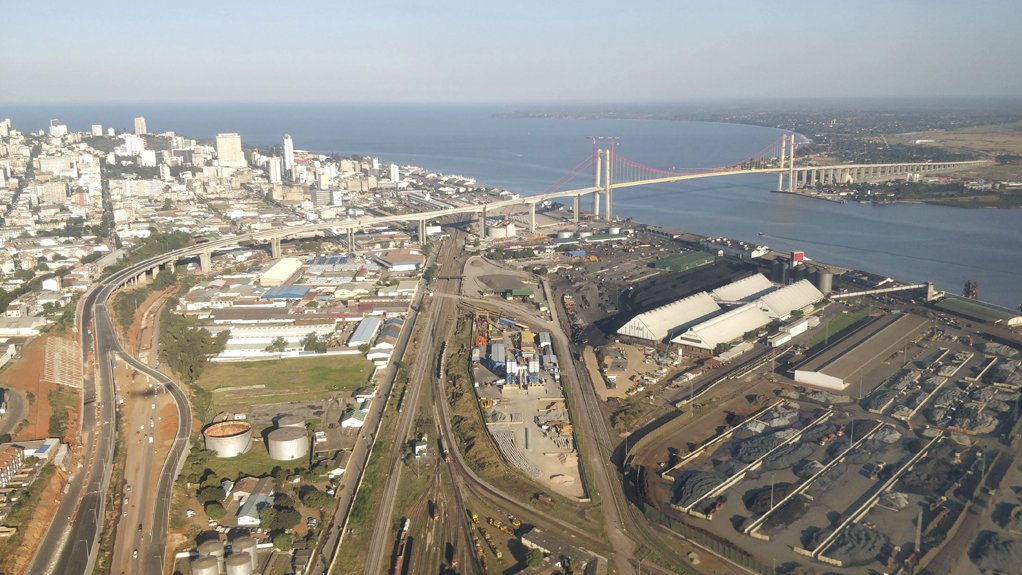 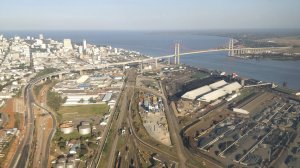 University of Cape Town (UCT) Department of Civil Engineering Emeritus Professor Mark Alexander’s wish to stand on top of a suspension bridge and experience its combined forces of nature and structural engineering was recently fulfilled when he got to inspect the R11.3-billion Maputo-Katembe  suspension bridge – one of Africa’s longest.

Officially opened in November last year, the bridge and approach is 3 km long, with a main span of 680 m. The main deck hovers 20 m above the water to allow major shipping into the Maputo harbour.

Regarded as a prestige project for Mozambique, the tolled bridge connects the two sides of Maputo Bay and shaves hours off travel time to the South African border.

The design and construction team faced some formidable challenges, evident in the massive foundations, built to cope with the soft, loose alluvial soils at the mouth of the Maputo harbour.

“The idea is that this bridge will open the entire area for development and create a far more rapid link down to the South African border in the north of KwaZulu-Natal,” Alexander said.

He explained that the design and construction teams had to go down to tremendous depths to sink these pylons, and even deeper with the piles. “But if you think of the cable forces that come over the pylons and down . . . they must be anchored back to the earth in the absence of sound rock or other stable strata in which to find these cables.”

The solution was to cast cable anchorage caissons, acting as a counterweight to which these cables are fixed, essentially held there by gravity, just by the weight of these huge concrete and soil-filled caissons.

“In that regard, it’s remarkable; quite a unique bridge as most suspension bridges don’t have to be founded under these conditions. I think it’s a signature project to show that this kind of structure can be built in Africa, albeit by Chinese contractors, and it does set a benchmark for what can be accomplished,” Alexander explained.

Working with Alexander’s colleague, Professor Hans Beushausen, they implemented the South African suite of durability index testing for the concrete, which was developed by UCT and the University of the Witwatersrand as a joint endeavour but was essentially rolled out from the UCT laboratory during the past 20 years.

These tests have become South African National Standards and are now used worldwide.

“Engineers build bridges, not walls. We connect people, we don’t separate them, so bridges are things engineers love to do because they bring people together; they facilitate movement, they facilitate transport, they get the economy going and allow people to do things they couldn’t do before,” Alexander enthused.