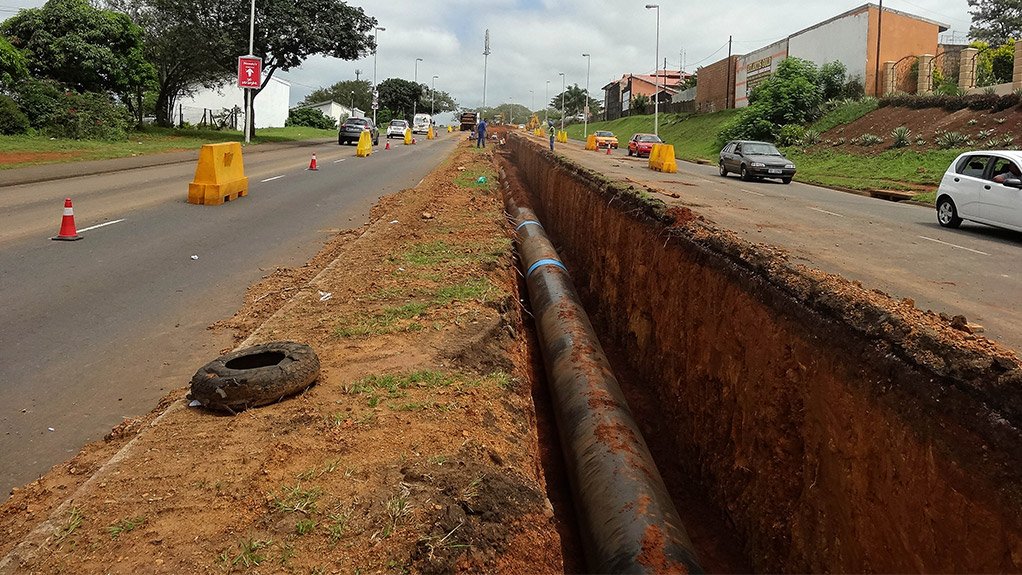 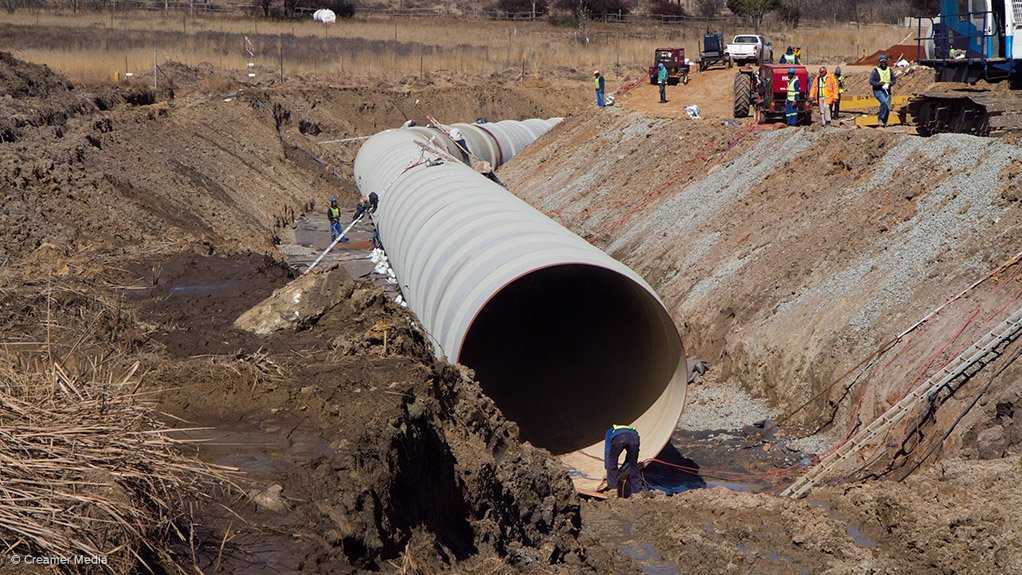 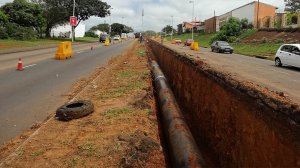 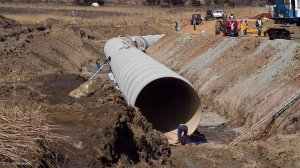 NECESSARY EXPANSION The expansion of the Northern Aqueduct will alleviate water shortages and rationing
Photo by Duane Daws
NON-LINEAR IMPLEMENTATION The Northern Aqueduct Augmentation entails seven individual projects with segments in areas of critical need, which will be put in place first

The construction of R250-million in urgently needed bulk water infrastructure in the northern part of the eThekwini region, in KwaZulu-Natal, is nearing completion, says municipal water and sanitation service eThekwini Water and Sanitation (EWS).

Newly appointed EWS head Ednick Msweli confirmed in March that, two of the multimillion-rand contracts, which make up a portion of the Northern Aqueduct Augmentation (NAA) project, are expected to be completed in the fourth quarter of this year.

These contracts form part of the seven individual projects of the NAA, with segments in areas of critical need, which will be put in place first, according to the different contracts.

The contracts include a 6 km section of the pipeline that starts at Duffs road and ends at the Phoenix 2 reservoir, as well as a 22 km segment of the pipeline that stretches from the Phoenix 2 reservoir in Phoenix, continues to Waterloo and then to Umhlanga with a feed to the planned new Blackburn reservoir.
The current Northern Aqueduct and the network of bulk supply lines serve the EWS area of supply to the north of the Umgeni river, to the south of the Ohlanga river and to the east of Ntuzuma, the aqueduct has reached capacity on various sections of the trunk mains as a result of demand increase, thus, necessitating the expansions.

Although there is sufficient water to meet current needs, there is not sufficient network capacity to deliver it to areas that need it most. However, construction of the NAA will resolve this, Msweli reaffirms.

Msweli confirms that work is proceeding according to schedule and that, by the end of the year, the pipeline to the Waterloo reservoir would be complete.

“This will alleviate the water shortages and rationing currently experienced in the Phoenix and Waterloo areas. These areas currently receive water from Hazelmere dam, which is low. We will be able to reroute water to compensate for this,” he says.

Bright adds that EWS has commissioned consultants to undertake the environmental-impact assessment and design of the contract for the link from Reservoir Hills, also known as Durban Heights, to Duffs road. This will go out to tender in early 2016.

Construction of this 30-month-long contract is expected to start in mid-2016. This will also entail a complex construction process that involves excavation and laying of a 1.2-m-diameter steel pipe along a route of about 15 km.