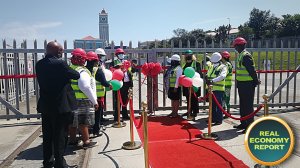 The investment into rehabilitating and reopening this line follows renewed interest from the business community to transport beverages and other fast-moving consumer goods products, cement and containers with auto parts between Gqeberha and East London.