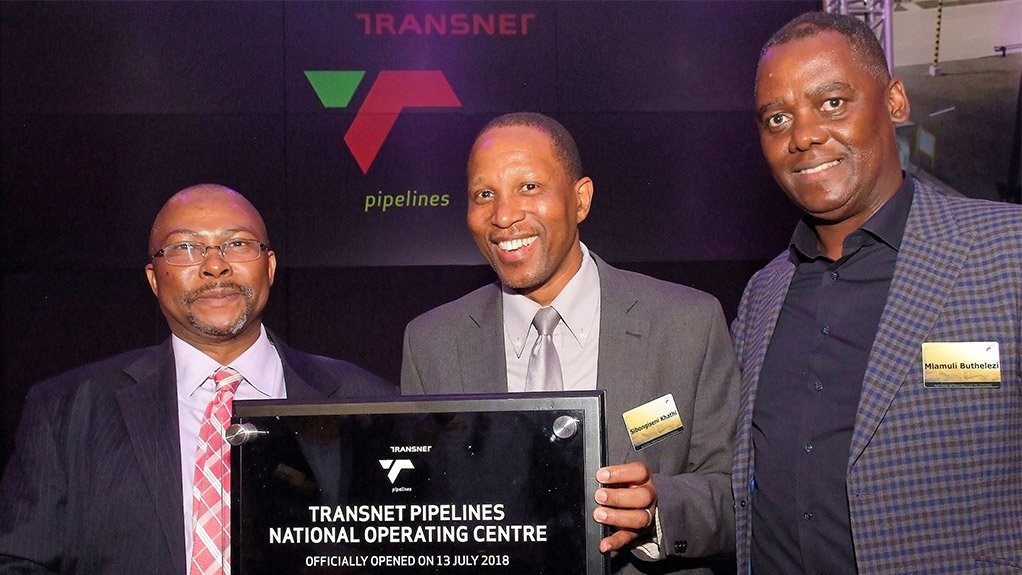 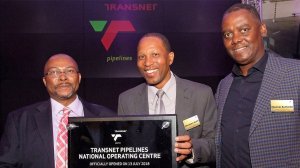 A new national operating centre (NOC) that will serve as a nerve centre for Transnet Pipelines (TPL) and its 3 800 km underground national pipeline network was officially opened in Durban on Friday.

Up until now, the control centre was based at TPL’s head office in the Durban central business district, while various other functions operated from different platforms.

The new standalone facility will combine these and also function as a security hub and planning centre.

The amalgamation of the planning, control and security functions in one location is expected to not only improve safety but also reliability and efficiency. It is also expected to reduce the cost of doing business once volumes in the Multi-Product Pipeline (MPP), which was commissioned last year, begin to grow.

The new NOC comprises a master control room that is able to track the entire MPP’s activities though high-tech visuals and controls. It also includes a built-in war room designed to ensure that TPL is able to maintain infrastructure and quickly respond to all pipeline incidents.

TPL acting CEO and COO Sibongiseni Khathi noted that the opening of the new NOC was the next strategic achievement in a line of infrastructure upgrades stretching back to 2012.

TPL has three pump stations, a coastal terminal in Durban and an inland terminal at Jameson Park, near Heidelberg, which was commissioned in October last year. With a capacity of 180-million litres, this ensures operational facilities and flexibility in the delivery of product to the inland market.

Both Kathi and Transnet Group CEO Siyabonga Gama called for “a model shift” that would move product from road and into the MPP as greater volumes were needed to decrease the cost of doing business.

Gama said that, to date, just under R30-billion had been invested to replace the ageing pipeline infrastructure that had been operating since 1965. This served two key growing industries that could contribute to broader economic development as outlined in government’s National Development Plan, namely oil and gas.

He explained that it was not only important for Transnet to position itself as leader in the logistics supply chain in Africa but that it could contribute towards increasing the region’s competitiveness in the wake of changing trade patterns and a growing need for increased industrialisation and regional integration.

“This is long overdue and Transnet wants to be at the forefront of driving regional integration,” he added.

Gama said Transnet was already pursing strategic alliances and partnerships with its neighbours, especially in the digital and freight logistics arenas.

He added that the establishment of the new NOC was aligned with Transnet’s Fourth Industrial Revolution strategy.

However, he admitted that, in a country where job losses, poverty and food instability was rife, a transition to a digital economy seemed remote.

“The new centre reiterates our commitment to building a Transnet that is technology-driven. Our mission is to provide our customers with a fully integrated fuel logistics supply chain solution.”

He said he believed it was also a response to cries from across the country regarding the climbing price of fuel. Greater volumes and efficiencies would enable Transnet to work with customers to reduce the cost of doing business and, thereby, contain fuel price increases for consumers.