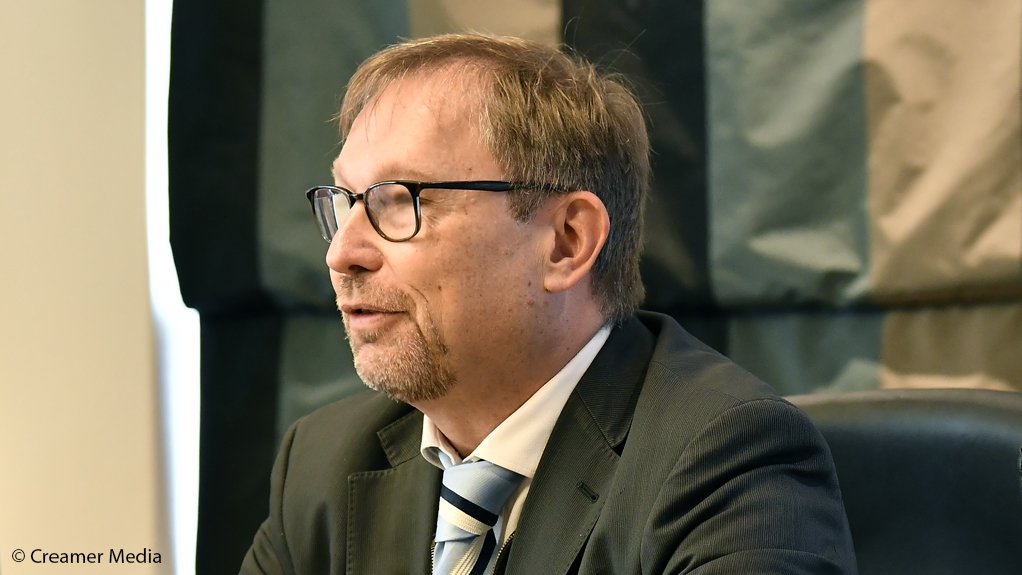 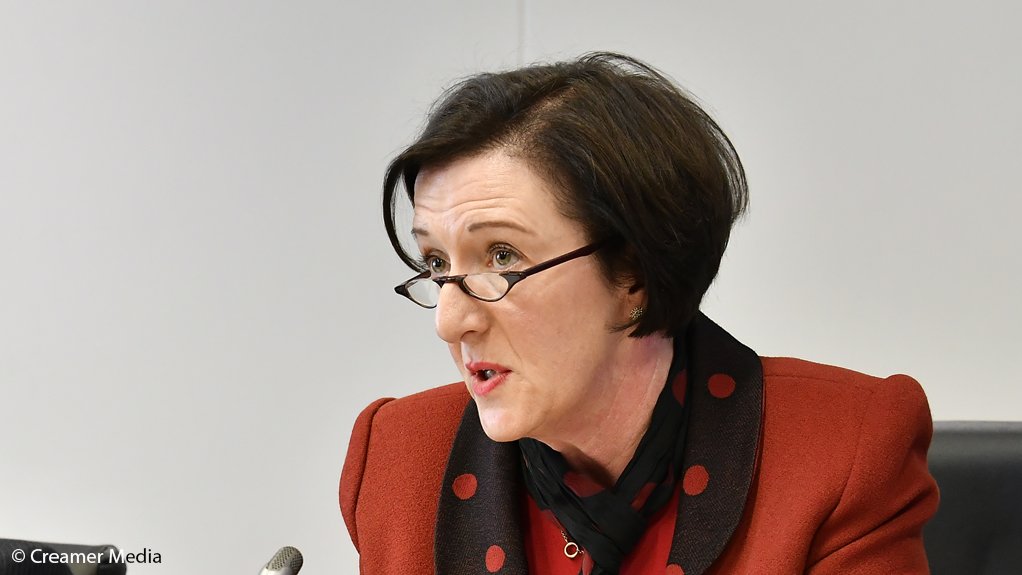 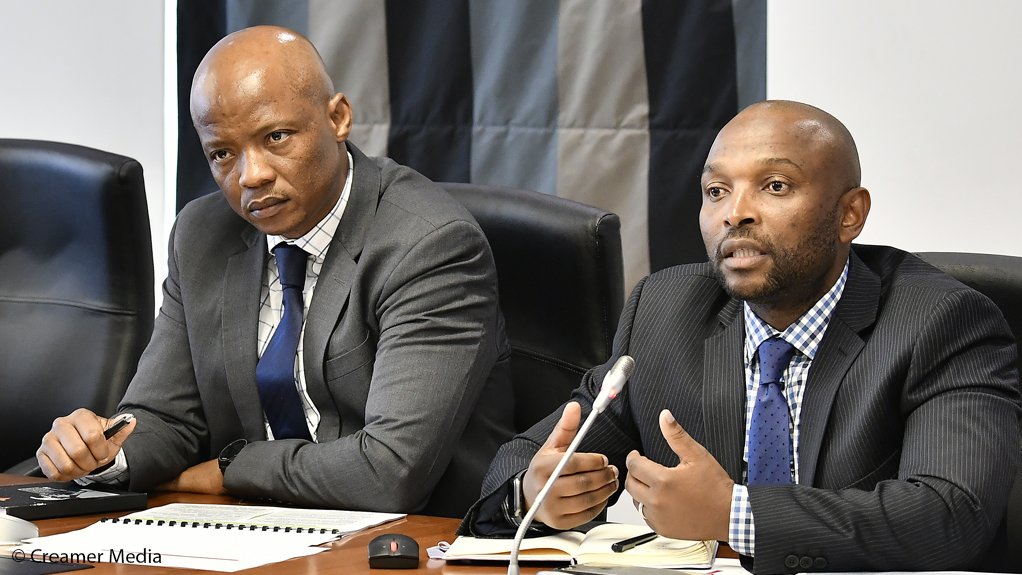 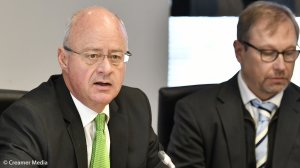 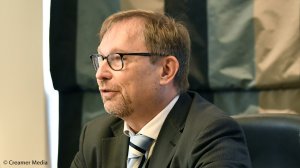 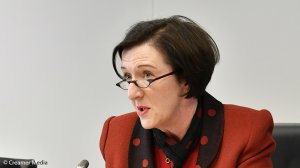 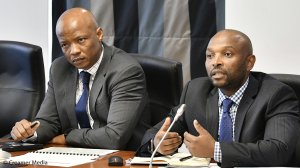 In this video, IFC and Transnet officials outline the central role that the private sector is expected to play in the construction and operation of new liquefied natural gas (LNG) infrastructure at the Port of Richards Bay, in KwaZulu-Natal. The proposed project is the subject of a feasibility study that is being jointly funded by the two organisations. It is proposed that the LNG infrastructure be developed by a private-sector-led special purpose vehicle, which will emerge following a competitive bidding process. Camera Work & Editing: Darlene Creamer. Recorded: 23.7.2019
Photo by Creamer Media's Dylan Slater
IFC regional manager for infrastructure and natural resources Marcel Bruhwiler
Photo by Creamer Media's Dylan Slater
Transnet GM for growth and diversification Sue Lund
Photo by Creamer Media's Dylan Slater
Transnet executive mangers Lebogang Seperepere and Jabulani Sithole

The International Finance Corporation (IFC) has made a $2-million cost-sharing commitment to support the completion, by Transnet, of a feasibility study into the development of a liquefied natural gas (LNG) storage and regasification terminal at the Port of Richards Bay, in KwaZulu-Natal by 2024.

The financial support will also be used to prepare the way for a competitive bidding process designed at securing private-sector equity participation in a special purpose vehicle (SPV) that will be created to build and operate the so-called Richards Bay Natural Gas Network (NGN) for 15 to 20 years.

A request for proposals is currently scheduled for release in 2020, but will be initiated only after Transnet has approved the NGN investment case and received the required regulatory approvals from government.

The intention is for the private sector to hold the majority interest in the SPV, as well as for the public-private partnership (PPP) to include material participation by black economic empowerment companies.

In June, Transnet named a consortium led by black-empowerment group Southern Palace as the preferred bidder for a 20-year concession to build and operate a new R2.5-billion inland container terminal in southern Gauteng. The Tambo Springs Intermodal Terminal PPP is expected to reach financial close by September, with sod turning currently set down for November.

“Our aim is to catalyse private investment in assets that are aligned to the major shifts under way in the energy and electricity markets,” De Beer explains.

As variable renewable-energy penetration increases, flexible gas-to-power (GTP) plants will be required to fill the gaps when the wind is not blowing and the sun is not shining.

IFC regional manager for infrastructure and natural resources Marcel Bruhwiler says the agreement with Transnet is in line with the World Bank private-sector unit’s priority for bridging infrastructure gaps in Africa and supporting sector reforms that are able to translate into private investments.

It is the IFC’s first major collaboration between Transnet, but the group has considerable experience in the LNG sector, having supported eight terminals internationally that have been co-developed by private investors.

Transnet GM for growth and diversification Sue Lund says the study will establish the investment case for the initiative, including the level of gas demand from both industrial customers and GTP plants in Richards Bay and elsewhere, including the conversion of South Africa’s existing fleet of Eskom and private open cycle gas turbines from diesel to gas.

It will also define, executive manager Jabulani Sithole reports, the scale of the regasification and storage terminal and associated infrastructure.

The size of the terminal will be correlated partly with anticipated GTP offtake, but largely to meet domestic industrial demand, as supply from Sasol becomes increasingly insufficient to match anticipated market growth.

Industrial demand, which is largely concentrated in KwaZulu-Natal and Gauteng, Mpumalanga and the Free State, is currently estimated at 38-million GJ a year.

Transnet executive manger Lebogang Seperepere stresses that Transnet will seek to implement a solution that ensures that LNG is imported at least-cost and that it is fully cognisant of the emerging Integrated Resource Plan’s (IRP’s) expectation that the GTP plants will be operated flexibly, at a low load factor.

In fact, Transnet is factoring in a GTP load factor of about 12% and will seek to lower the overall unit cost of the infrastructure through the economies of scale associated with industrial offtake.

The fact that the IRP has not been finalised is, thus, not deterring Transnet and IFC from proceeding with the study. Nevertheless, Transnet is eager for the policy to be finalised as soon as possible.

Transnet is also not overly concerned by the priority being given to Coega as a site for new GTP investment, arguing that, owing to its proximity to existing gas demand and infrastructure, Richard Bay could act as the aggregation hub in a larger hub-and-spoke strategy for the country. Coega could, thus, be supplied from Richards Bay either by sea, or road.

Lund notes that Transnet is working with both the Coega Development Corporation and the Saldanha Bay Industrial Development Zone to explore ways to unlock the development of gas infrastructure in those regions.

“But this project is really primarily designed to unlock the supply of gas to industrial offtakers in the eastern part of the country.”