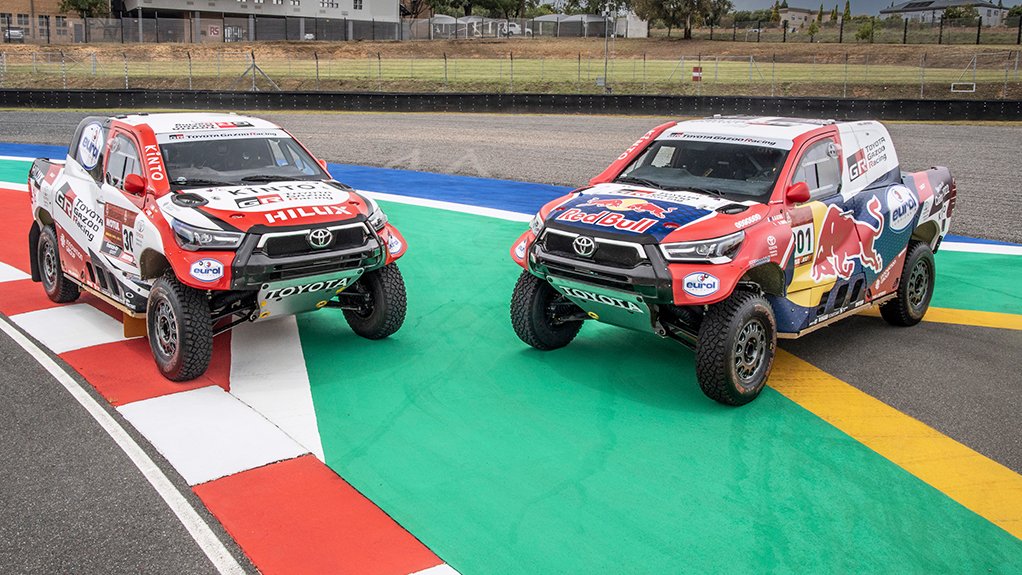 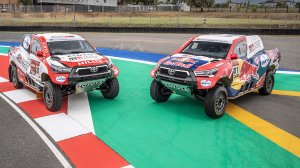 Toyota Gazoo Racing (TGR) will be entering four crews in the 2021 Dakar Rally, scheduled to start on January 3 in the Saudi Arabian city of Jeddah.

This means TGR, which has competed at the Dakar since 2012, will field a mix of experienced specialists, together with relative newcomers to the rally-raid world for 2021.

As in 2020, the team will be spearheaded by 2019 winners Al-Attiyah and Baumel, who finished second in the 2020 edition of the Dakar Rally.

During a truncated 2020 racing year, they secured victory in the Rally of Andalucía, and Al-Attiyah will be aiming to add to his tally of three Dakar wins.

De Villiers and navigator Haro will be hoping to build on their 2019 victory in the Rally of Morocco, which De Villiers has won three times.

While this will be Lategan’s first Dakar Rally, he recently secured the South African Cross-Country Series (SACCS) title for a second consecutive time and will be aiming to learn as much as possible from his first visit to the Dakar.

Navigator Cummings has competed in the Dakar twice before, in the motorcycle category, recording a second place in what was then known as the Malle Moto category for unsupported motorcycle racers in the 2014 edition of the race.

Finally, Variawa and Murphy, also from South Africa, will complete the four-car team.

Variawa, who has won local championships in South Africa in the past, has taken part in the Dakar Rally before, but this will be his first outing with TGR.

Navigator Murphy has worked at the race in a technical capacity for the team in the past. He is a multiple South African national champion navigator, but this will be his first time navigating in the Dakar Rally.

The 2021 TGR team will compete in the latest version of the Toyota Hilux, built and developed at the team’s headquarters near the Kyalami Grand Prix Circuit, in Johannesburg.

The current car is based on the Hilux that was introduced in 2018, and features a mid-mounted engine, independent rear suspension and all-wheel drive.

The car has seen substantial development thanks to the team competing in the SACCS, which has allowed TGR Dakar team principal Glyn Hall to refine the car on an ongoing basis.

For 2021, the overall layout and geometry of the car remains unchanged, but with refinements to the suspension and the naturally aspirated V8 engine.

One major change to the 2021 race Toyota Hilux is in the exterior design, which now reflects the latest version of the production Toyota Hilux.

The 2021 edition of the Dakar Rally will again take place solely in Saudi Arabia.

The 2021 route will traverse similar terrain to that encountered on the 2020 edition, but the organisers have promised new sections to ensure a competitive race.

The traditional rest day will take place on January 9 in the city of Ha’il, before the route loops back to Jeddah for the finish on January 15.

A new digital roadbook will be introduced for the 2021 edition, with the route only made available right before the start of each stage.

“We are very excited about the 2021 edition of the Dakar Rally, especially given the circumstances with the Covid-19 pandemic, which has reined in a lot of motorsport during the course of this year,” says Hall.

“As things stand, the race is set to go ahead early in the new year, and we are overjoyed to be entering four proudly South African-built and developed Toyota Hilux in the race.”

“We’re looking forward to taking on the race again in January, and we are ready for another tough challenge in the dunes and tracks of Saudi,” adds De Villiers.

“The Hilux feels better than ever, and I’m confident that we have the right car for the upcoming race.”