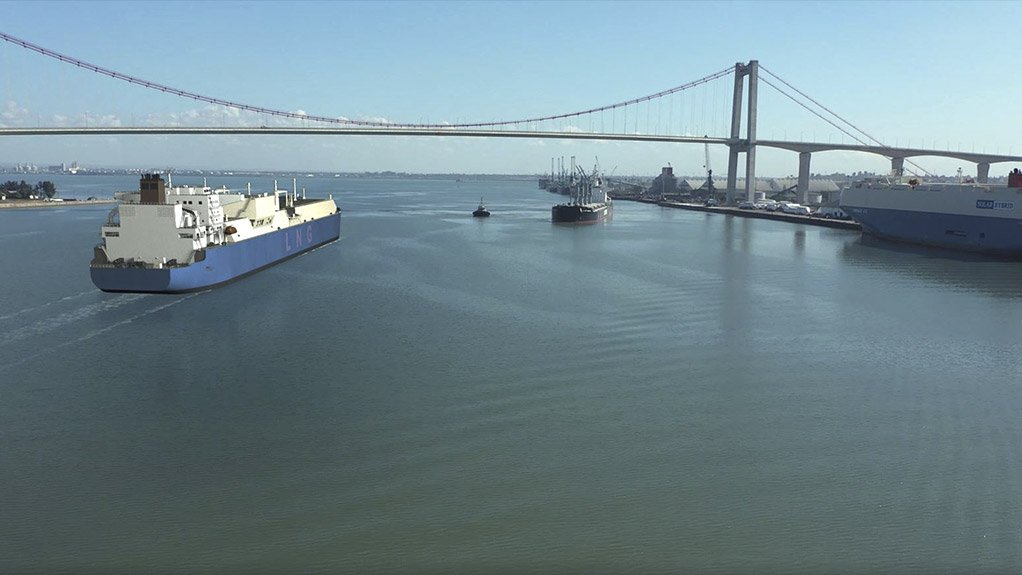 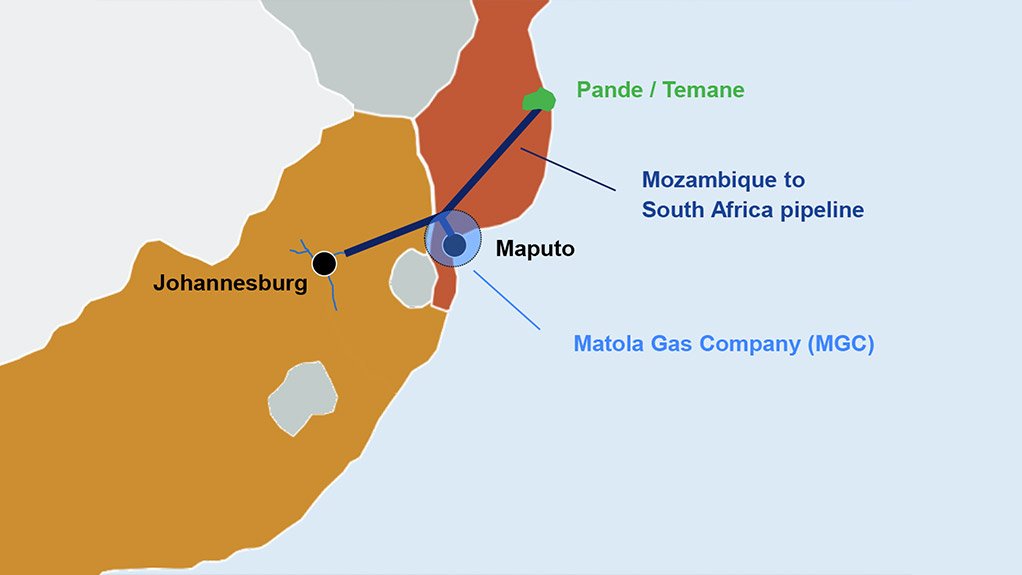 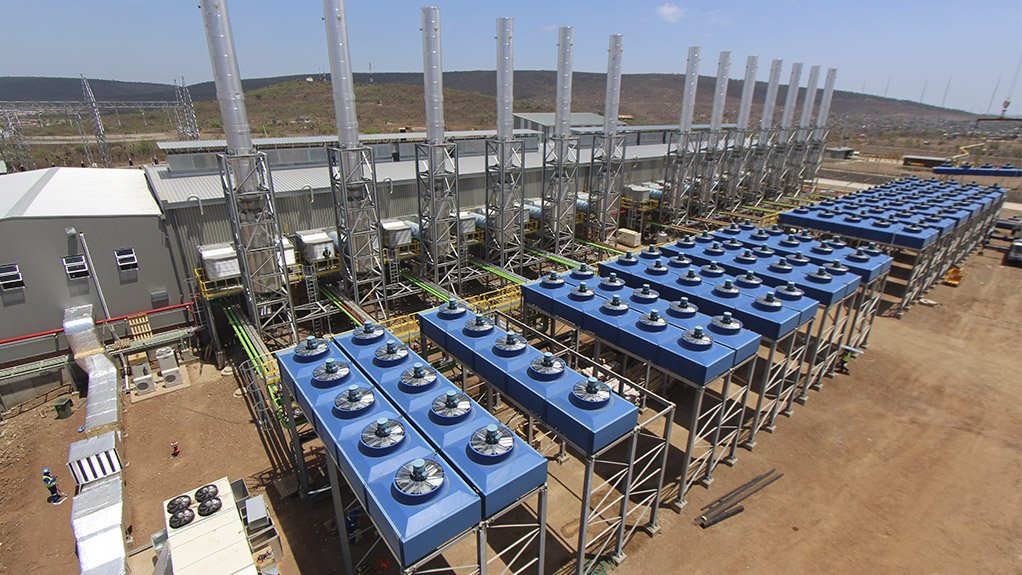 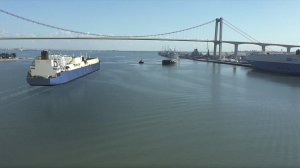 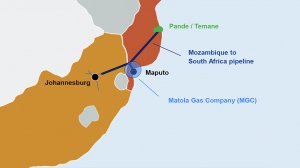 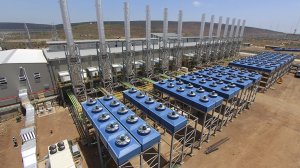 International oil major Total and Southern African gas infrastructure developer Gigajoule signed a joint development agreement (JDA) on Wednesday for the importation of liquified natural gas (LNG), through the Matola harbour, in Maputo, Mozambique, from the end of 2022 onwards.

The import project coincides with an anticipated decline in gas output from Sasol’s Pande and Temane gasfields in southern Mozambique. The gasfields supply industrial and gas-to-power plants in Mozambique itself, as well as Sasol’s synthetic fuel and chemicals refineries and a range of industrial firms in South Africa via the 865-km Rompco pipeline.

Production from Pande and Temane is expected to begin tapering from 2023 onwards and the Industrial Gas Users Association of Southern Africa (IGUA-SA) is forecasting a potential yearly gas shortfall in South Africa of 98-million gigajoules from 2025 onwards.

The investment includes a floating storage and regasification unit (FSRU), permanently moored at the harbour, as well as a 15-km-long pipeline that will be connected, through existing Matola Gas Company (MGC) infrastructure, to the South African gas network.

MGC, which Gigajoule helped develop in 2005, operates a 100-km gas pipeline network in Maputo and is the second-largest gas distributor in Southern Africa, having converted over 30 industries to natural gas. It also supplies two gas-fired power plants and natural gas to vehicle filling stations in Mozambique.

The JDA could also precipitate the phased development of a further 2 000 MW of gas-to-power capacity in Mozambique, at an estimated cost of $2.8-billion. Gigawatt Mozambique, also developed by Gigajoule, began operating a 120 MW gas-fired power plant in the border town of Ressano Garcia in December 2015.

De Vos says that, under the agreement, some $7-million will be invested to complete the engineering and environmental studies required for a final investment decision, which is scheduled for mid-2020. The environmental impact assessment record of decision is expected by March.

Should the project proceed, the FSRU, with storage of at least 170 000 t, will be moored at the Matola harbour, which is adjacent to Maputo, has calm metocean conditions and is relatively uncongested. The project will also involve quayside developments at Matola and some dredging of the channel to accommodate deliveries by large LNG tankers.

The site can also be easily connected, through a 20-inch pipeline, to the Beluluane Industrial Park, in Matola, and, in turn, to regional gas and power markets through the established MGC network.

Total will supply LNG from its international portfolio which, in time, will include the 12.9-million tons a year of LNG produced at the $20-billion Mozambique LNG project, in northern Mozambique.

Total announced its final investment decision on the project in June, following its acquisition of Anadarko’s African assets from Occidental, which had purchased Anadarko in a transaction valued at $55-billion. Total has made a commitment to supply some of the gas produced by the project for domestic consumption and it is possible that some of the LNG could be transported by ship in future from northern Mozambique to the proposed import terminal at Matola.

De Vos says the LNG imports will provide a new source of much-needed natural gas for electricity and industrial businesses in both Mozambique and South Africa and will also be able to support some growth in gas consumption.

Besides the engineering and environmental studies, De Vos says much of Gigajoule’s focus in the coming months will be on securing the offtake agreements in Mozambique and South Africa to convert the project to bankability.

He reports that there is “strong appetite” in both countries and he anticipates about 60% of the volumes will initially be consumed by South African companies.

Should the LNG terminal, the pipeline and the gas-to-power projects all  proceed, Gigajoule estimates that over 90 permanent operational jobs will be created, along with 1 000 construction jobs. Mozambique would also receive hundreds of millions of dollars in new taxes and concession fees.

In addition, Mozambique’s national oil and gas company Empresa Nacional De Hidrocarbonetos, or ENH, will have a shareholding in the development.

“The focus will be to have the facilities completed by the end of 2022 so that the LNG can supplement the decline from Pande and Temane, handle the additional growth in Mozambique and South Africa and then build the gas-to-power capacity in phases as and when the market develops,” De Vos concludes.