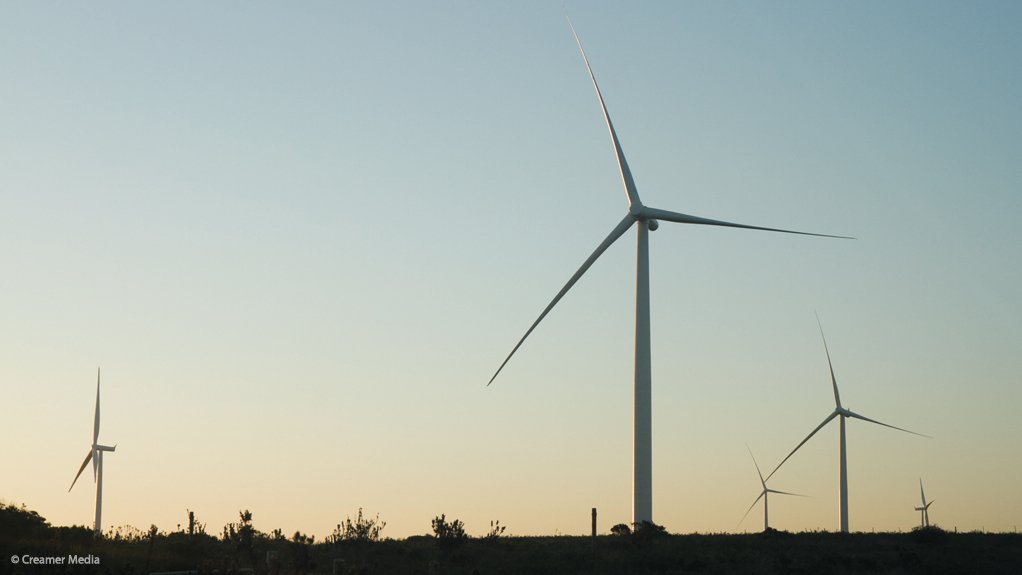 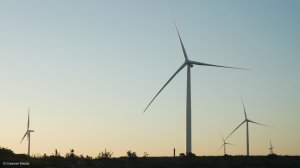 When the Ministers responsible for seeking resolution to the current impasse in South Africa’s renewable-energy sector meet this month, they will be expected to weigh the serious legal and policy implications of backtracking from a Ministerial determination – as well as from one of the country’s few well run procurement processes – against Eskom’s increasingly forceful financial arguments against the signing of further power purchase agreements (PPAs) in the short to medium term.

Public Enterprises Minister Lynne Brown has indicated that the inter-Ministerial task team, which also comprises Finance Minister Pravin Gordhan and Energy Minister Tina Joemat-Pettersson, will meet by mid-February in an effort to find “answers” to the standoff.

The legal arguments in favour of signing the 37 outstanding contracts have been well canvassed, with the 16-page legal opinion written by Senior Counsel David Unterhalter and Advocate Lwandile Sisilana asserting that the independent power producers (IPPs) “would be entitled to approach a court to enforce the signature of the PPAs”.

In fact, the opinion concludes that Eskom has “no choice”, once the Energy Minister has made a determination, but to purchase renewable energy from IPPs.

This position has been repeated by the head of the IPP Office, Karen Breytenbach, quoted in Business Day as saying the following at the recent Growing Economies Energy Forum: “Our law is very clear. If the Minister has made a determination and the National Energy Regulator of South Africa has concurred and there was a procurement process that was run according to Constitutional requirements, then Eskom must sign.”

South African Wind Energy Association chairperson Mark Pickering has argued that the legal position is “very clear”, which is that Eskom has no discretion in the matter and that Brown should, thus “simply instruct Eskom to comply with the law and sign the agreements”.

“The cost of the early rounds is sunk and has no bearing on signing the fourth round. In fact, renewables are indisputably the cheapest form of generation available to the country, being 40% cheaper, according to a Council for Scientific and Industrial Research (CSIR) study, than new coal bids and around half the cost of unproven nuclear estimates. It is also the only generation technology whose costs are falling and, therefore, deserves ongoing support,” Pickering wrote in a recent opinion piece.

A possible counter legal argument has been proffered, by Professor Dawid Serfontein of North West University, who is, however, an engineer not a lawyer. In a recent opinion piece, Serfontein argued that a policy of forcing Eskom to buy further Renewable Energy Independent Power Producer Procurement Programme (REIPPPP) capacity amid insufficient demand to absorb the capacity would be “irrational and, thus, unconstitutional”.

He suggests that, when demand picks up sufficiently, South Africa could restart the bid processes for solar photovoltaic (PV) and wind via the REIPPPP”, probably getting “the same solar PV and wind power contracts much cheaper than is currently the case”.

This argument has been dismissed by renewables proponents, who propose that the main value of the projects arising from the first three bid windows lies in the cost reductions achieved for solar PV and wind to 62c/kWh, which is 40% cheaper than new coal. These reductions, they contend, would not have been possible in the absence of the competitive bidding associated with the REIPPPP.

Less well canvassed are the policy implications, as well as the implications for the IPP Office itself, which derives its revenue not from the fiscus, but from fees arising from the IPP procurement processes.

The IPP Office has been successful in aligning the REIPPPP not only with the Department of Energy policy imperative of diversifying the electricity mix, but also with the country’s industrial policy, which seeks to build manufacturing and skills capabilities around the REIPPPP.

The current position of Eskom, seemingly supported by Brown, has been described as “short-sighted” by critics. It is at odds, they say, with an undeniable global trend towards renewables investment as wind and solar PV technologies, in particular, become increasingly cost competitive. The International Energy Agency (IEA) reported that, in 2015, renewables also accounted for more than half (153 GW) of net additions to power capacity for the first time and overtook coal in terms of global cumulative installed capacity. The IEA has also increased its five-year growth forecast for renewable energy and forecasts that global renewable electricity capacity will grow by 42%, or 825 GW, by 2021.

In addition, Eskom’s refusal to sign PPAs has the potential to undermine the ‘green industrialisation’ progress being made under the Industrial Policy Action Plan, which praises the REIPPPP for driving “significant localisation of components used in the renewable-energy sector”. The Department of Trade and Industry is keen to improve the localisation performance of the programme by tightening the rules, but has also acknowledged that “scale and consistency” of demand will be a critical driver of future investment. Already there are signs of distressing the supply sector, with a wind tower manufacturer in business distress and firms associated with the solar industry indicating that they may reconsider their South African investments.

Nevertheless, Eskom is insisting that circumstances have changed so materially in the outlook for electricity supply – it agues that the country will experience a surplus of capacity until 2021 – that there is an urgent need to reconsider the “pace and scale” of new renewables connections. It has, therefore, requested guidance from Brown, Joemat-Pettersson and Gordhan before signing any further PPAs. Despite this request having been made in mid-2016, the three Ministers are only convening this month to consider the matter – this, notwithstanding the fact that the latest REIPPPP selections were made by the IPP Office in November 2015.

Eskom is arguing that it would be unfair to expect the consumer to pay for additional renewable-energy capacity, which will displace far cheaper incremental supply available from its existing coal-fired fleet, as well as from the additional units that will be introduced at Medupi and Kusile, which it describes as “sunk costs”. It concedes that it is contractually obliged to buy the electricity arising from the projects procured under the first three REIPPPP bid windows, but dismisses arguments that the round four projects should also be considered “sunk costs”, as the PPAs have yet to be signed.

Interim CEO Matshela Koko argues, “Eskom’s surplus is a game changer”, which cannot be ignored as the utility is currently able to “meet demand cheaply by dispatching its own stations”. To press home the argument, Eskom has developed a simulation tool showing that the renewables already in the system are displacing cheaper Eskom capacity.

The model, Eskom says, follows the same approach as work done by the CSIR, which showed the net economic benefit of the renewables plants during the period when Eskom was drawing heavily on the diesel-fuelled open-cycle gas turbines and relying on rotational load-shedding to ensure that the country did not descend into a blackout. However, when Eskom released its results, the CSIR stressed that its methodology measured only the immediate fuel-saving benefits of renewables and those associated with avoiding load-shedding, while undervaluing the long-term effects of new investments. The CSIR stated that their model would have to be adapted for a context whereby there was a return to reliable, or surplus, supply.

The utility, however, argues that the life-time effects start to manifest mainly from the point in time that capital investment for additional generating capacity is required. It is not clear, it argues, why new renewables capacity is required to be built years in advance of the date at which these future benefits start accruing, in order for those benefits to be obtained.

Eskom has, thus, calculated that its contracts with the existing renewables plants resulted in a net economic loss of R9-billion in 2016 and has warned that these losses will be further exaggerated should it be forced to sign additional PPAs.

Drawing from the model at a recent presentation, Koko sought to illustrate the issue by showing how country demand on August 31, 2016, was met using renewables and comparing it to a hypothetical simulation of how it could have been met more cheaply had none of the renewables existed, by dispatching only Eskom plants in a merit order from cheapest (Cahora Bassa and Koeberg) to most expensive (the pumped-storage hydro plants and non-renewable IPPs). This demonstration indicated that, while using renewables on that day cost 193c/kWh, Eskom could have serviced the demand at an average cost of 28c/kWh.

Eskom was immediately criticised for offering only “partial” information and for not taking account of the capital and operational costs for the Eskom fleet, particularly Medupi and Kusile.

However, Eskom corporate specialist Deon Joubert, a chartered accountant, argues that, amid a surplus, it is standard practice to base the calculations mostly on Eskom’s avoided fuel cost, owing to the fact that the additional electricity production can be secured without incurring any incremental costs other than the fuel cost.

“If one were to nevertheless consider building further new plant, notwithstanding the surplus capacity, then the full cost of the contemplated new plant, including the construction cost, will be incremental for purposes of evaluating that decision. But unless the full cost of the new plant is less than the variable cost of the existing plant – which currently averages less than 29c/kWh – that cost will be higher than the incremental cost of meeting the same level of demand by just producing from the existing plant,” Joubert avers. However, he points out that the fuel cost of the marginal coal plants will be higher than the 29c/kWh average.

Serfontein’s article concurs with this point, but argues that externalities such as the costs of carbon emissions should also be included.

Without doubt, the questions facing Joemat-Pettersson, Brown and Gordhan are complex and potentially fraught. Should Eskom’s financial arguments prevail, then, in all likelihood, the IPPs will pursue the decision in the courts.

In fact, South African Renewable Energy Council chairperson Brenda Martin has indicated that patience is wearing thin among the IPPs and that she could no longer tell whether the unified stance of hoping to avoid the courts would be sustained for much longer.

The waters have been further muddied by ongoing suspicions that the hostile stance taken by Eskom towards the IPPs is designed primarily to frustrate the expansion of renewables so as to open the way for a politically controversial nuclear new build. For that reason, the outcome of the inter-Ministerial meeting will be closely monitored not only by electricity stakeholders, but society as a whole.