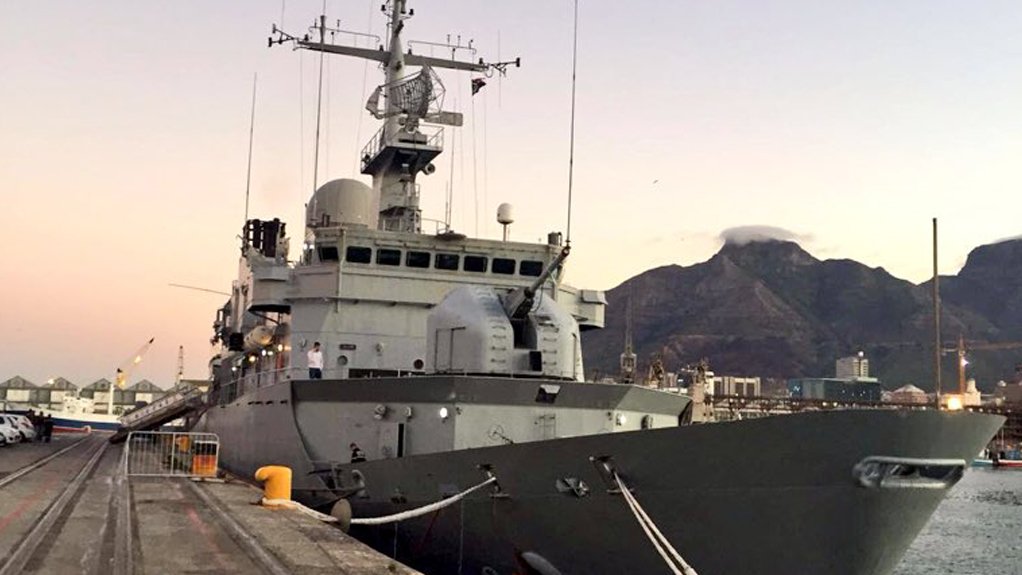 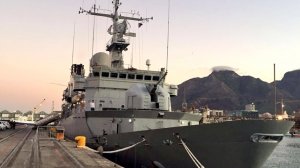 French surveillance frigate the Nivôse arrived in Cape Town in February for a courtesy port call from Reunion Island, a French island in the Indian Ocean, after patrolling French southern and Antarctic territories.

The French embassy in South Africa notes that, during the courtesy call, authorities of the vessel and high-ranking French representa- tives met with high-ranking representatives of the South African Armed Forces and civil society, which provided an opportunity for the parties involved to, for example, interact and gain insight into the respective cultures and languages, adds the French embassy.

The Nivôse fulfils a specific operational need, such as patrolling overseas maritime areas under French sovereignty and in high seas to protect France’s interests. With fit-to-purpose equipment, including an on-board military Panther helicopter, it has optimal detection and weaponry capacity, allowing for French presence in South Africa and other countries to be strengthened.

The Nivôse is the third of six vessels built between 1990 and 1993 by France-based shipyard Chantiers de l’Atlantique, based on a production rate of one vessel every six months, as ordered by the French navy.

The Nivôse is considered unique because it is equipped with the latest fire technology in industry. However, owing to the fire that broke out on board in 2014, the ship had to undergo a 13-month repair period. At the time, no water pumps were working, but the crew was able to contain and extinguish the fire. The ship had to be towed to Reunion Island for repairs.

During the repair phase, the frigate was fitted with a new propeller system, which was developed by ship construction company STX France, in Saint Nazaire, in western France. It has also been fitted with a new fire-protection system that includes an improved alarm system, a localised fire-detection system and a pressurised-water fire extinguishing system.

Additional features include a full load displacement of 2 832 t, gross tonnage of 2 402.60 t, an air draft of 36.4 m (the distance from the top of a vessel's highest point to its waterline) and a water draft (the minimum depth of water through which a ship or boat can safely navigate) of 4.5 m. The water draft can also be used to determine the weight of the cargo on board by calculating the total displacement of water.

The Nivôse carries about 108 crew members, including 15 officers, 72 petty officers and 21 quartermasters and seamen. The embassy explains that the demand for education and skills on the vessels is determined by the positions required on the vessel. The qualifications of crew members vary from graduates and postgraduates to those not educated formally.

“For example, an officer is required to hold a postgraduate diploma (essentially an engineering qualification), while someone working in the kitchen will need to have skills in cooking. Some of the employees’ skills are based on on-the-job training,” notes the embassy.