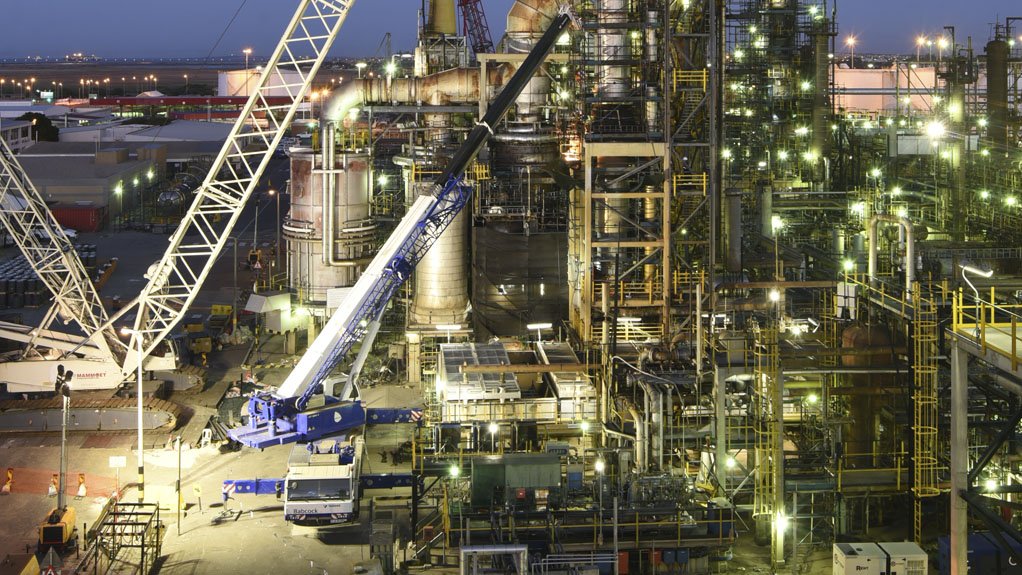 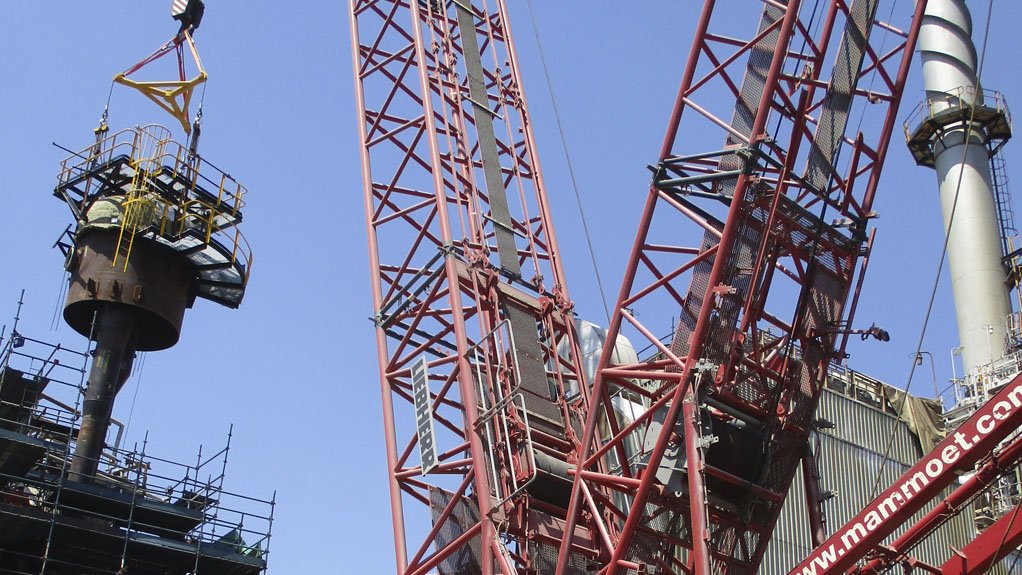 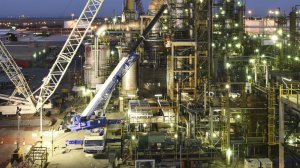 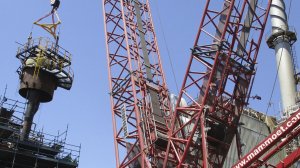 “This was one of the larger turnarounds completed at the refinery from a capital projects perspective. The engineering and construction teams’ innovation was integral in meeting deadlines that were considered a challenge when the project began.”

MegChem was the appointed engineering contractor for mechanical work on upgrades to four major projects at the facility, which included upgrading the fluid catalytic cracking unit (FCCU), replacing the Texas Tower and the crude column, as well as facilitating a transition of the refinery’s fuel system from a 500 ppm diesel configuration to a 50 ppm diesel configuration, which has a lower sulphur content to reduce emissions.

“When approaching any brownfield project, MegChem’s main objectives are to integrate well with its client’s teams and to complete as much of the fabrication and construction work as possible before the turnaround window starts on the execution of the project,” says Odendaal.

He explains that the ability to work ahead is achieved by using high-definition scanning and modelling of the work areas as a base from which the design and constructability of the client’s projects can then be developed by completing the layouts in the modelled geometry. Using high-definition scanning and modelling on all projects enabled value-added upfront deliverables, including but not limited to four-dimensional planning of rigging activities and construction execution, constructability reviews and interface management.

Four Focus Areas The first focus area was the FCCU upgrade, which entailed the replacement of the reactor top dome and cyclones, as well as the riser pipe and spent catalyst nozzle. In order to carry out the replacements, two temporary structures were built, with one structure used for the preassembly of the dome and cyclones, while the other functioned as a platform on which to temporarily place the removed top section of the FCCU.

However, he highlights that the most significant engineering achievement with regard to the FCCU project was the replacement of the spent catalyst nozzle, with the design and manufacture of the nozzle made challenging by the size of the component and the awkward geometry required to fit it into the existing plant.

“The process of removing the old nozzle to ensure that the new nozzle could be accommodated – as well as the sequence to fit and weld the new nozzle into place – required expert engineering skills and planning. Preparatory simulations proved highly successful in limiting the interface management challenges associated with the replacement of the spent catalyst nozzle and the riser pipe.”

The second focus area involved the replacement of the refinery’s Texas Tower – a large vertical heat exchanger with a weight of 140 t. Owing to the layout of the support structure, Odendaal notes that, traditionally, a very large crane would have been required to lift the equipment out of the structure. However, MegChem instead developed a concept to reinforce the structure before the on-site work began, which enabled the front support beams to be removed and the old heat exchanger to be extracted through the front of the structure.

The replacement had to be completed in a shutdown window of five days and was achieved by placing the new heat exchanger in a laydown area close to where it was to be installed. This enabled the old equipment to be removed from the structure and the new heat exchanger to be lifted into position without delay.

The crude column, which had been in operation for the lifetime of the refinery, had also reached its end of life. Odendaal notes that its replacement required extensive planning and clever design, considering the interfaces required with the plant’s existing structures and operations. Improvements on the column’s internal layouts were, thus, undertaken working closely with the client’s process engineers and the tray supplier. The execution of the rigging was, moreover, a challenge, owing to the limited area that was available for the positioning of the crane and the need to lift the column from a very congested plant area.

“The rigging had to be carefully planned and executed with great precision. Not only did the new vessel have to fit into the existing vessel’s positions, but numerous connection pipes had to be manufactured prior to the turnaround and then fitted within a short installation window when there would not be time for reworking any problems.”

During the replacement of the column, more than 40 process lines had to be removed and replaced and as much of the preparation work as possible was, therefore, completed before the on-site worked started. The new column – which was fabricated by industrial manufacturer Gascon under the management of the MegChem project team – was delivered to site fully dressed.

The last component of the upgrade undertaken by MegChem was the D50 project, to facilitate the production of low-sulphur diesel. “This part of the project did not have the glamour of huge pieces of equipment and complex rigging, but required teams to work within a very tight schedule and in largely inaccessible areas of the plant to ensure the refinery could be commissioned after the turnaround in a 50 ppm diesel configuration,” explains McDougall.

Close collaboration between the Chevron and MegChem technical teams and direct support from the refinery operations team, together with an expedited design and construction programme ensured the successful installation of new piping in excess of 3 km within the turnaround period. All ten major pieces of critical equipment required for the project – which typically take 45 weeks to deliver – were, moreover, supplied and installed within 30 weeks.

The expediting programme was a success, as a result of the constructive interactions with all the equipment suppliers, which ensured that there were no delays. During the turnaround, 43 tie-ins had to be completed within the first two weeks to meet the dates required for plant start-up and this was achieved through a strong piping design and close construction supervision. The success of a fast-track project is dependent on proper document- and handover management between the stakeholders involved.

In addition, the hydro testing of the new piping was carried out with a diesel product, which ensured that all the new piping systems were inspected prior to commissioning and that the risks of either process or quality incidents occurring during the commissioning, as a result of water in the systems, were also eliminated.

Although construction of the configuration is ongoing, Odendaal highlights that the refinery has successfully been commissioned, with the capability to increase 50 ppm diesel volumes as the 500 ppm diesel demand reduces.