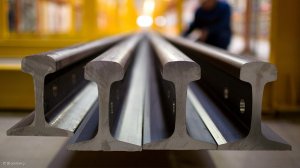 Steel production in developed economies is likely to either stagnate, or decline completely, as the Covid-19 pandemic continues to influence and impact on the global economy, consultancy Roskill steel alloys principal consultant Erik Sardain said on May 5.

Speaking in a webinar, he explained that, owing to the humanitarian crisis, more environmental measures could further reduce steel mills’ competitiveness and lead to permanent closures, particularly as stricter environmental regulations and more scrap availability will translate into more electric arc furnaces (EAFs) being built in China.

In effect, this would increase China’s market share from 12% to just below 20% by 2030, and the decoupling between steel and pig iron will accelerate.

As the country’s economy matures, Roskill forecasts China’s steel production to peak at just over one-billion tonnes by mid-2020.

However, this peak is likely to be short-lived, according to Sardain, as steel production outside of China dropped by 1.5% year-on-year, led by developing economies.

Production in these economies has been impacted on by a slowing economy, trade friction and geopolitical tension before the pandemic, Sardain said, noting that these factors would continue to impact on China, alongside the Covid-19 pandemic.

Taking the pandemic into account, Sardain referred to March figures from the World Steel Association (worldsteel), which had reported a 6% year-on-year fall in global crude steel production, with declines of 1.7% year-on-year in China and 12% outside of China.

Under a “V-shaped” scenario, Roskill forecasts China’s 2020 crude steel production to drop by 0.5% year-on-year, as domestic stimulus measures will offset lower exports, both direct and indirect.

China should, in theory, be able to mitigate the Covid-19 risk through its vanadium and niobium exposure to high strength low alloy (HSLA) steel applications.

Sardain noted, however, that vanadium “may be more insulated” as it is more exposed to long steel products, while niobium should benefit from an “oligopolistic market and fixed price structure”.

Although China has an opportunity to recoup this potential loss by finding new opportunities in Africa, while further growth opportunities for the steel industry are expected to be limited to a small group of countries – primarily developing – with strong demographics and a low steel consumption per capita. These include India, Vietnam, Indonesia, Iran and Turkey.

Meanwhile, Chinese consumers of South African ores – a major source for chromium and manganese – have taken a “wait and see” approach before placing new orders in the hopes of new ores to be released in May that could support plants in June.

South Africa, along with many other countries in the rest of Africa, Europe and North America, is still enduring a lockdown as of early May.

However, Sardain indicated that a weak market for ferroalloys was already in place before the Covid-19 outbreak and some volatility in prices was expected as many ferroalloy producers were operating at a loss.

“As such, the impacts of Covid-19 are likely to accelerate and exacerbate this volatility over the course of 2020 and, to a lesser extent, 2021.”

Steel production outside of China, meanwhile, is forecast to drop 13.5% year-on-year in 2020, where output in the EU and North American regions will be more impacted by falling demand from the automotive and energy sectors.

“Covid-19 could mean more permanent shutdowns in the EU while the US steel industry’s future may depend on the infrastructure programme discussed by President Donald Trump,” Sardain noted.

However, South and South East Asian countries look “more insulated”, he added, as these have stronger underlying domestic markets, while Japan and Korean exports will be affected,

India should also see a production increase, although Sardain said that this would be at a reduced rate.