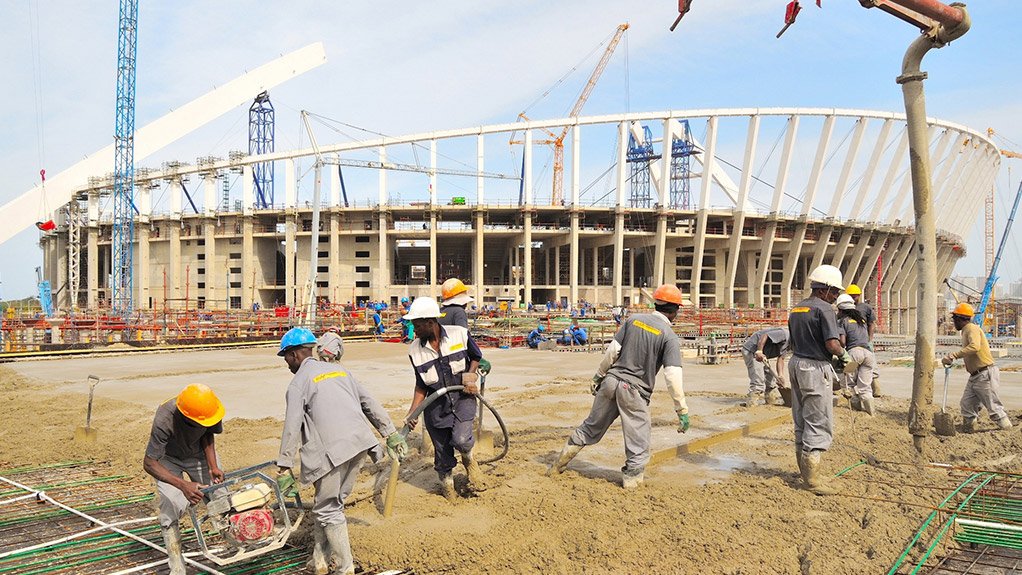 He notes, however, that long-term planning poses significant challenges as municipalities differ and change their political standpoints and agendas over time.

As a general rule, municipalities are structured to have five-year plans – the length of a political term served by the country’s ruling party. However, most major infrastructure developments and capital projects typically take between 5 and 15 years to complete and implement, he says.

To ensure that municipalities function sustainably and efficiently, a guarantee of planning and insight, as well as a seamless handover of projects between political terms, is required, he says.

However, Skosana points out that short-term goals should not be neglected when considering long-term goals and long-term planning.

Strategic Integrated Projects Skosana points out that government’s implementation of strategic integrated projects (Sips) is helping municipalities to implement some of the projects that require long-term planning, especially those requiring a lot of capital.

Further, in instances where projects cross municipal borders, Sips are assisting neighbouring municipalities with intermunicipal dialogue and in sharing methods and skills.

Skosana notes that Sips have, to date, proven to be successful, but that there is still a lot that needs to be done in terms of enhancing coordination among the key role-players and integrating the outcomes.

“Sips are important from a national government perspective because they clearly indicate plans of action brought forward by government,” he says. Skosana adds that, from a local government perspective, Sips are also useful because they help to shape the local economies of municipalities and create microeconomies in rural or neglected areas for the period during which Sips are under way.

Sips provide “massive spin-offs” for local municipalities when they are implemented, but to use these spin-offs, municipalities are sometimes required to “move a little faster”, says Skosana.

He points out that prioritisation is another part of the planning strategy, noting that KPMG has developed a prioritisation method that is “specifically tailored for municipal use” to help ensure that infrastructure in cities is delivered reliably and consistently over a stipulated time and within budget, while they respond timeously to short-term needs.

Skosana reveals that KPMG has assisted the City of Johannesburg with a financial development strategy to discuss and plan a R100-billion capital spend for the next ten years.

Addressing Short-Term Needs Skosana notes that municipalities sometimes do not make sufficient accommodation for the implementation of short-term goals, which are sometimes overshadowed by larger projects.

“Short-term goals are not just political ones, as they may pertain to floods, emergency infrastructure breakdowns or xenophobic violence. For the public sector to respond to these needs, municipalities need to adjust the goals they set out in their initial delivery programme,” he says.

For this reason, KPMG has been in consultation with several municipalities to help develop several catalytic projects. The firm is also helping municipalities with the restructuring of their balance sheets, which involves investigating various aspects of a municipality’s existing assets and how to use them better going forward.

Skosana points out that the sale or lease of public infrastructure is a short-term tool available to local government for leveraging its assets. However, internal enhancement of how they deliver services and manage their institutions releases more resources and would have more impact on local government’s ability to achieve short-term goals, he says.

Operation of Different Municipalities The planning and operation of specific regions, such as inland and coastal areas, as well as urban and rural areas, should always be driven by context, notes Skosana.

He points out that, even though all cities in South Africa are required to provide much of the same services, such as public transport, wastewater treatment, electricity reticulation and refuse removal, there are several ways in which some of these services can be tailored to better meet local citizens’ needs.

For instance, he says refuse removal services in the eThekwini municipality, in KwaZulu-Natal, are vastly different from those used by the City of Johannesburg. “The landscape of KwaZulu-Natal is mountainous and access to remote areas is sometimes difficult, with steep roads, or no roads at all.”

Skosana adds that, for this reason, small pick-up trucks or even personnel on foot are used in some areas to collect refuse and deposit it at a central collection point.

“. . . [T]he basic service of refuse removal is achieved with the same outcomes between these two municipalities, owing to careful and region-specific planning and implementation,” he says.