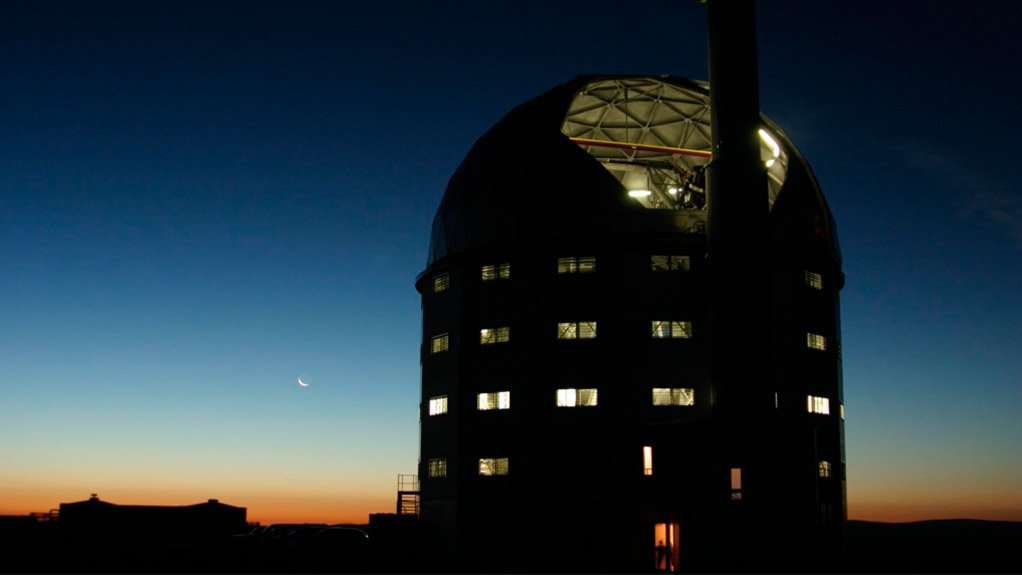 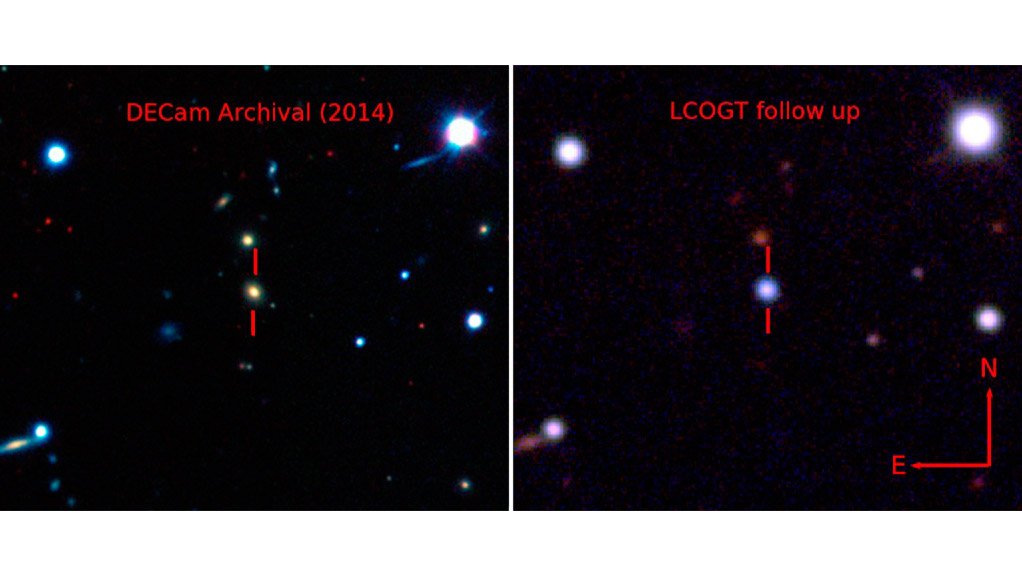 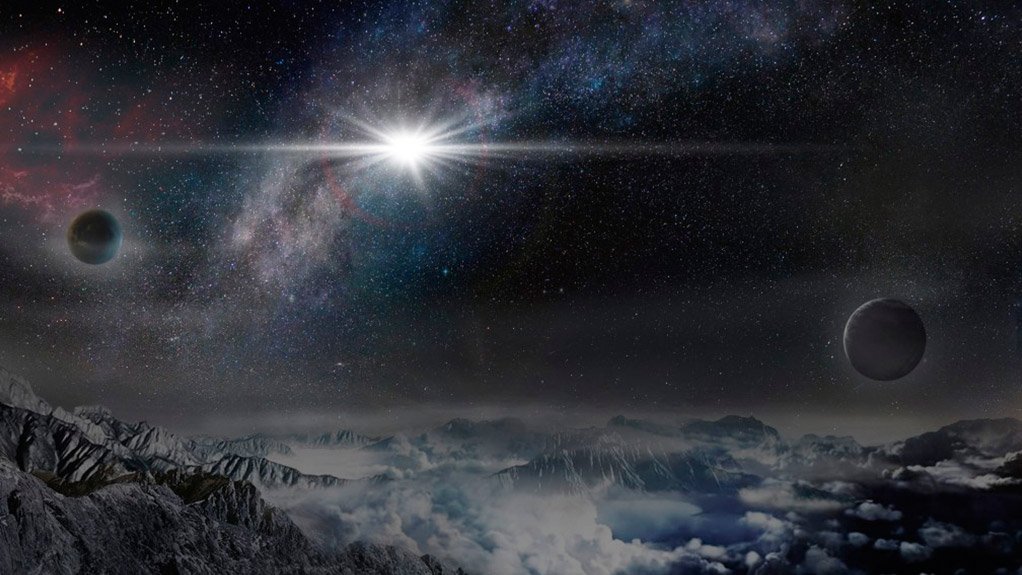 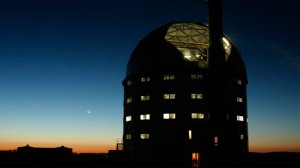 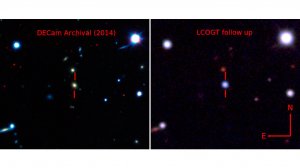 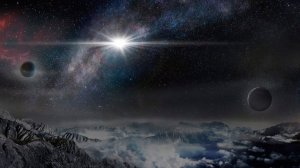 Photo by South African Astronomical Observatory
SALT at night
Photo by The Dark Energy Survey and ASAS-SN
Images of the galaxy which hosts ASASSN-15lh taken before the supernova exploded (left) and after it exploded (right). Note that the supernova is brighter than its entire host galaxy. DECam stands for dark Energy Camera and LCOGT for the Las Cumbres Observatory Global Telescope Network, which took the two images.
Photo by Beijing Planetarium/Jin Ma
An artist’s impression of what ASASSN-15lh would look like form the surface of a planet lying 10 000 light years distant in the same galaxy as the supernova

The Southern African Large Telescope (SALT), based at Sutherland in the Karoo region of the Northern Cape province, has played a key role in the discovery of what could the biggest ever supernova detected by humanity. The supernova, designated ASASSN-15lh, is twice as luminous as the previous biggest supernova and some 200 times more powerful that an average supernova. It is 570-billion times brighter than our Sun and 20 times brighter than our entire galaxy, the Milky Way, which is composed of 100-billion stars.

ASASSN-15lh was originally detected in June last year by a pair of 14-cm-diameter telescopes at Cerro Tololo, in Chile, which scan the sky looking for possible supernovae under the international All Sky Automated Survey for Supernovae, or ASAS-SN, programme (hence the supernova’s designation), which has its head office at Ohio State University in the US. In a follow-up observation, a spectrum was taken of the newly-detected phenomenon by the 2.5 m Irénée du Pont telescope, at the Las Campanas Observatory, also in Chile, which indicated that ASASSN-15lh could be a superluminous supernova.

To confirm that the new supernova was indeed superluminous, it was necessary to determine its distance from Earth. This was the task of the 10 m SALT instrument. Spectroscopic observations were undertaken by Rutgers University Professor Saurabh Jha, using the South Africa-based telescope. “SALT and its queue schedule observing are ideal for rapidly following up transient events like ASASSN-15lh,” he said. “Upon seeing the spectral signatures from SALT and realising that we had discovered the most powerful supernova yet, I was too excited to sleep the rest of the night,” asserted Peking (not Beijing) University Kavli Institute for Astronomy and Astrophysics Youth Qianren Professor and ASASSN-15lh research team lead author Subo Dong.

The observations using SALT established that ASASSN-15lh is some 3.8-billion light years from Earth, making it one of the closet superluminous supernovae ever detected. “This impressive result highlights the strengths of SALT and the benefits of Chinese-South African collaboration to astronomy, and we are looking forward to strengthening such collaboration in future,” affirmed SALT science operations head and astronomer Petri Vaisanen.

The importance of the discovery is shown by the fact that Professor Dong and his research team have been authorised to use the Hubble Space Telescope to make more detailed observations of ASASSN-15lh during this year. Follow-up observations have been, and will continue to be, done with SALT.

Until now, the best hypothesis to explain superluminous supernovae is that they are the explosions of extremely massive but fast-spinning stars that then collapse to form magnetars. A magnetar is a rare, very fast spinning, form of neutron star with an incredibly strong magnetic field. A neutron star is the incredibly dense core left behind by the supernova explosion.

However, Dong and his team believe that ASASSN-15lh is so luminous and required so much energy that the magnetar hypothesis does not explain it. “ASASSN-15lh is the most powerful supernova discovered in human history,” he stated. “The explosion’s mechanism and power source remain shrouded in mystery because all known theories meet serious challenges in explaining the immense amount of energy ASASSN-15lh has radiated. … The honest answer is at this point that we do not know what could be the power source for ASASSN-15lh. … ASASSN-15lh may lead to a new thinking and new observations of the whole class of superluminous supernova[e] and we look forward to plenty more of both in the years ahead.”