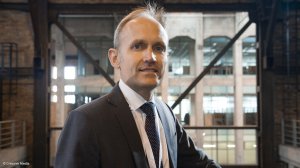 JOHANNESBURG (miningweekly.com) – Government geoscientists are desperately underfunded, which is depriving South Africa of the geological potential that is essential for minerals exploration.

There is an absence of investment in large, regional geological exercises and masters students are not being trained in the countercyclical times, when the industry is not doing well.

Instead, the government makes its geoscientists pay for their own salaries by working on other country’s geological potential. (Watch Creamer Media video attached).

Essential for junior miner development were the overlap of geological potential brought about through exploration, a supportive regulatory environment and access to capital markets.

“Without these three circles overlapping in the middle, you can’t have a junior mining industry,” he said.

On the development of geological potential, Miller said: “Our government geoscientists are desperately underfunded. The government is not investing in geophysical surveys and large regional geological exercises and training masters students in the countercyclical times, when the industry is not doing well.

“Instead, the government makes its geoscientists pay for their own salaries by working on the geological potential of other countries.

"Our geoscientists are working across the rest of the continent for other countries and for multilateral agencies.

"So, plainly, we do nothing to encourage our geological potential,” he told this week’s Junior Indaba conference at the Turbine Hall in Johannesburg.

He condemned the regulatory environment as being ‘Fifafied’ and decried the demands of DMR officials that the batteries of cellphones be removed during discussions to allay DMR suspicions that the meetings might be recorded.

“You have to meet people in hotels in Midrand to resolve prospecting right disputes. You have to go to Middelburg to speak to people in coffee shops because there’s a back door to the DMR,” he chided.

Transparency was the only way to fix perceptions of corruption.

“We have the best cadastral system in the world, developed in Cape Town and sold to 17 other countries.

But in South Africa, one had to drive to Pretoria and apply to find out about the holders of mineral rights, which ostensibly meant making out 25 000 separate applications to work out what prospecting rights had been issued to whom and where.

Miller lambasted the DMR's cadastre system as a manifest failure of the South African Constitution's imperative for transparency and bemoaned Section 12 J of the Income Tax Act for not having succeeded in incentivised a single rand of investment in an exploration company.

Creamer Media's Mining Weekly Online can report that the locally developed FlexiCadastre, which Miller praised as something that the DMR should use, was developed by Spatial Dimension of Cape Town and is currently being applied in dozens of global mining jurisdictions by a myriad of government and corporate entities.

However, the notable ironic exception is South Africa’s DMR, which has opted instead to use its own self-tailored, but much-criticised Samrad system, despite local mining corporates clamouring for the risk-minimising FlexiCadastre, which offers MPRDA compliance.

Spatial Dimension CEO Bill Feast told Creamer Media’s Mining Weekly Online in a video interview two years ago that the implementation of the system in countries with good mining codes had led to sharp rises in market interest and significant increases in revenue for governments.

The FlexiCadastre system is said to facilitate maximum revenue collection from the minerals sector and to have enhanced investor confidence in the countries in which it operates.