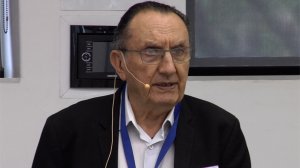 Speaking to Mining Weekly Online on the sidelines of the Fossil Fuel Foundation’s conference on clean coal technologies, in Glenhove, on Tuesday, he said South Africa was at “a point of transition”.

“We don’t have the investments right now, [which means that] we cannot plan new projects or new mines – and that is the lifeline of the industry.”

Investment is imperative to ensure the industry is able to continue producing sufficient volumes of coal to meet the demands of the local industry, as well as to continue exporting coal.

“We are not doing that well - we are actually decreasing production. And with this comes increasing costs, increasing prices and, therefore, everything is [affected],” he said.

To mitigate these effects, Prevost told conference delegates that most collieries were now trying to optimise their coal production to supply coal to the domestic or export markets, depending on where the highest revenue was.

However, he pointed out that “exports will never recover the allure they used to have” as a result of limited exported tonnage.

In turn, this means that more low-ash coal will be used domestically, at higher prices, he said.

Domestic prices are increasing continuously, with some better grades now fetching higher prices than similar grades in the seaborne market.

Prevost also pointed out that the global drive to implement more renewable energy capacity would, contrary to popular belief, not have an adverse effect on coal.

If it were to, he warned, it would increase the risk of energy poverty.

While renewables can be used as part of an energy mix for a country, Prevost noted that this should only be implemented to a certain percentage of the mix that is “reasonable and logical”. Going beyond that, he warned, would become a problem economically.

As an example, he cited Germany, a country that seemed to have implemented renewable energy measures only.

“It’s not working for them as a country, and economically, it’s actually a big problem in terms of producing energy or electricity at competitive prices.”