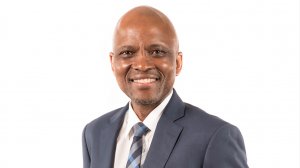 JOHANNESBURG (miningweekly.com) – South Africans must work together on an accelerated economic recovery plan that focuses on inclusive growth and prosperity for all citizens, Exxaro Resources CEO Mxolisi Mgojo  said on Thursday.

Speaking during the black-empowered resources company’s presentation of very strong dividend-yielding half-year financial and operational results for the 12 months to June 30, Mgojo said the Covid-19 crisis presented South Africa with an opportunity to rethink its future in the context of the resilience of the mining industry and the national economy. (Also watch attached Creamer Media video.)

Mgojo, who is also president of Minerals Council South Africa, said the success of South Africa’s economic recovery plan, as put forward by Business for South Africa, required a social and economic compact between all partners, with the focus on shared prosperity, including some critical structural and institutional reforms.

“This socioeconomic compact between government, business and labour, must do everything to improve South Africa’s competitiveness ranking, with inclusive growth being paramount.

“There is a further need to restore confidence in the criminal justice system. There is an urgent requirement to accelerate institutional reforms at State-owned enterprises.

“Government urgently needs to create much more stable, predictable and competitive policies, regulatory and operating environment for improving competitiveness and encouraging investment in the economy.

“For the sake of our country, bold, courageous, decisive and sometimes very unpopular decisions, which are critical for the survival of this country now and into the future, are required to be taken urgently,” Mgojo said.

Exxaro is a coal and clean energy producer, which is extracting early value from its coal assets in Limpopo and Mpumalanga and already benefiting from clean energy revenue from its renewables company Cennergi.

“In the short to medium term, our objective is to efficiently mine our coal assets and contribute to energy security in South Africa, and in the long-term, support the just energy transition to a low-carbon South African economy and society. This long-term strategy is supported by our environment, socioeconomic and governance framework,” said Mgojo, whose company achieved record coal export volumes of 5.9-million tonnes, 23% higher than the corresponding period of last year.

The publication of the assessment of the Johannesburg Stock Exchange-listed company on its implementation of the Task Force on Climate-related Financial Disclosures’ recommendations will be available before year-end.

In the face of Covid uncertainty, going forward Exxaro is intent on continuing to control the controllables, Mgojo told Mining Weekly in our video interview.

He said the company was doing all it could to ensure that its asset base was at the ready to read opportunity signals early enough and to respond to them rapidly.

He said that was exactly what Exxaro executive head coal operations Nombasa Tsengwa and the Exxaro team succeeded in doing to ensure that the company’s first-half performance was so good.

“First of all, they’ve been driving a sound operational excellence programme for many years and that was supported by their own digitalisation strategy. All of those things came to the fore this time around and enabled us to be very resilient,” he said.

On top of that a sound coal asset base had been grown to respond with agility and flexibility to market dynamics that unfolded out of Vietnam and Pakistan from the very moment that the lockdown was enforced in March.

Department of Mineral Resources and Energy approvals were gained to send coal via the Richards Bay Coal Terminal and take advantage of the export opportunities.

By May, eight trains a week were being secured for exports out of Grootegeluk, in Limpopo, which is unprecedented.

This was the culmination of a strategy that reached realisation at a critical time for the company and the country and enabled the company to be sufficiently cost competitive to take up international opportunities at speed.

This enabled the company to make up in volume what was being lost in the low coal price environment.

Even in the worst of times from a price point of view, Exxaro was able to lift revenue by 18% to R14.1-billion and take earnings up 40% to R3.9-billion. Shareholders are being rewarded with an interim cash dividend of R6.43 a share.  (Watch attached Creamer Media video for full contents of the interview.)