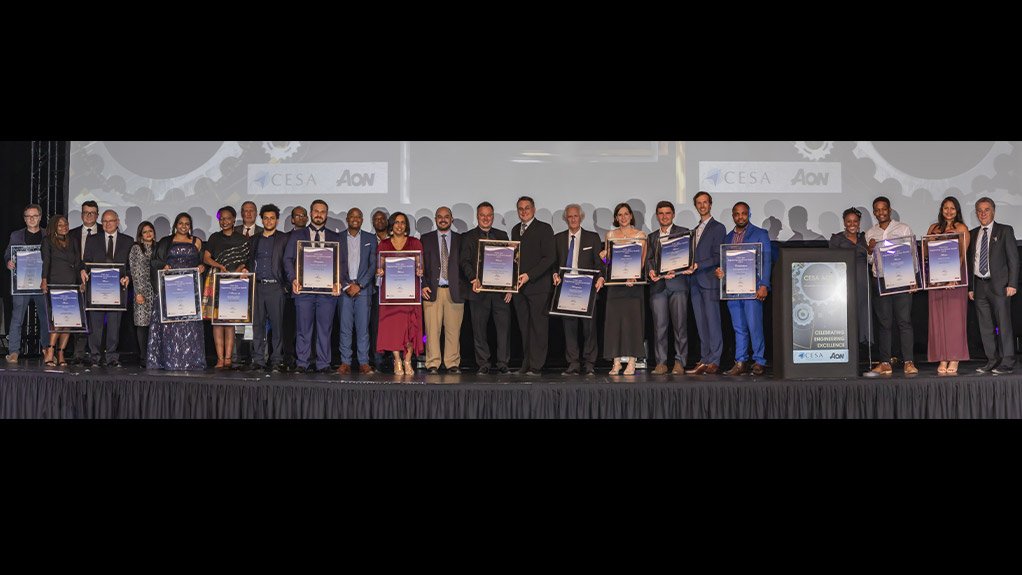 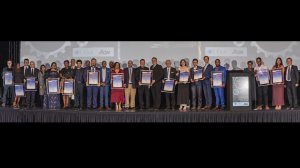 Speaking at the event CEO Chris Campbell said the awards demonstrated the ongoing role of engineers in delivering the infrastructure that is so pivotal to the development of the South African economy and for achieving the goals set out in the National Development Plan.

Williams noted that consulting engineers were also having to become increasingly aware of the possible reputational and legal risks posed by certain projects and undertaking work for certain clients.

He reported that Aon South Africa was receiving an increasing number of enquiries from consulting engineering firms that “feel uncomfortable” about instructions being received from clients that could impact not only on the quality of their work, but also on their professional reputation.

“As engineers, risk is no longer confined to matters of property, liability, directors and officers, professional risks. It is also about currency risks, supply-chain risk, cyber risk and a growing incidence of natural catastrophes.”

Campbell said that despite these risks and the difficult economic climate, CESA member firms deserved to be recognised for their resilience in continuing to deliver projects in support of their clients and the country’s economic development.

The CESA Lifetime Industry Achievement Award was presented to Graham Burrows, a renowned specialist in water and sewer pump design and analysis, for his significant contribution to the upliftment of many lives, especially in rural communities.

Airports Company South Africa sponsored the Young Engineer of the Year Award, which was awarded to Jeshika Ramchund with Dr Tony Igboamalu receiving a commendation. As part of the award, Ramchund will attend the International Federation of Consulting Engineers Infrastructure Conference, which will take place in Mexico City, Mexico, in September.

The category for Engineering Excellence with a value greater than R250-million was won by Aecom for Growthpoint New Lakeside Office, in Centurion, with Aurecon also receiving a commendation for its role in the building of Discovery Place, in Sandton, for Discovery in joint venture with Growthpoint Properties and Zenprop Property Holdings.

The category for Engineering Excellence with a value between R50-million and R250-million was won by Aurecon for Docklands Apartments, in Cape Town, for FWJK Developments. Commendations were awarded to Hatch for Rosslyn Brewery Co-Generation Plant, in Pretoria, for AB-INBEV, as well as JG Afrika for Construction of a new mechanised stercus facility in Matroosfontein, for the City of Cape Town.

The category for Engineering Excellence with a value less than R50-million, was won by Aurecon for the Leliefontein Pump-as-Turbine Station for Drakenstein municipality, in the Western Cape. The commendation went to Royal HaskoningDHV-SFC Engineers-Ndizani Civil Works joint venture for the Sani Pass Phase 2A Structures on the southern Drakensberg for the KwaZulu-Natal Department of Transport.

In the category of Best International Project, Knight Piésold Consulting was announced the winner for the Azambi hydropower project in the Democratic Republic of Congo for Kibali gold mine, a subsidiary of Barrick Gold Corporation. The commendation went to SMEC for Construction of Main Road 118 for the Namibian Roads Authority.

Owing to the large number of roads and bridges project entries this year a special category was created. The winner in this category was SMEC for the Mount Edgecombe Interchange on the N2, Section 26 for the South African National Roads Agency. Royal HaskoningDHV was awarded a commendation for Cornubia Boulevard Bridge over the N2 for eThekwini municipality.

In an effort to promote mentorship of young engineers CESA recognises the contribution the mentors make to the industry and the future of the profession. Kim Timm, of Aecom, was named Mentor of the Year, while Black Mountain Mining, a subsidiary of Vedanta Zinc International, was awarded Visionary Client of the Year.

Mariswe was announced as the winner of the CESA Job Shadow Initiative with Knight Piésold as the first runner up and both Lekwa Consulting Engineers and Royal HaskoningDHV as second runners up. CESA's Western Cape branch was named winner of the Branch of the Year Award.