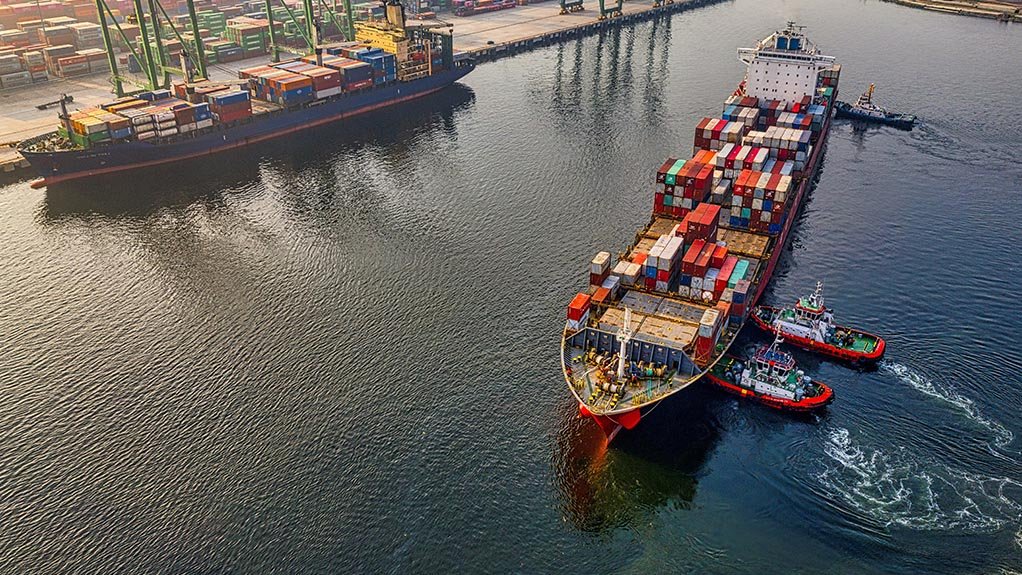 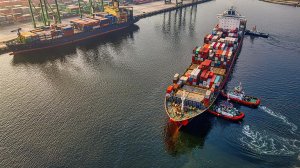 A new generation of ultra-large container vessels has been sailing the oceans in recent years. Container ships such as the Madrid Maersk, COSCO Shipping Universe, OOCL Hong Kong and Ever Golden can carry more than 20 000 TEUs (twenty-foot equivalent units).

Early container vessels were usually modified bulk vessels or tankers that could carry around 1 000 TEUs.

However, over the past 50 years, the capacity of container vessels has increased by around 1 500%, doubling over the past decade alone, says the South African Association of Freight Forwarders (SAAFF) in a newly published report which analyses the ability of local ports to handle a new generation of container ships.

This rapid growth has largely been influenced by shipping lines' focus on economies of scale to improve profit margins, says the association.

“In general terms, the more containers shipping lines can load on a vessel, the greater the income generated by these vessels.”

The extreme size of the new generation of container vessels is, however, creating a new set of physical problems, notes SAAFF.

For example, owing to strong winds, the Ever Given vessel earlier in 2021 blocked the Suez Canal, and a large portion of global trade, for six days.

Other problems include the limited number of ports that can receive these vessels.

Furthermore, these ships come close to the limitations that the Suez Canal can accommodate today and remain limited to routes between Asia and Europe.

“Despite this, the situation serves as a warning to ports across the world, foreshadowing serious issues in terms of port capacities,” notes the SAAFF report.

“If ports and hinterland operations do not adjust to service these vessels to the best of their capabilities, these ports and countries could face some severe challenges, and possibly lose their spots in the supply chain due to bypassing vessels.”

WHAT ABOUT SOUTH AFRICAN PORTS?
The congestion struggles at South African ports is no secret, with the Container Port Performance Index (CPPI) 2020 ranking the country’s container terminals at the bottom of the global pile.

While there is some controversy around the index and its findings, there is no smoke without fire, with regular reports of congestion at ports, especially at the Durban Container Terminals, notes SAAFF.

“A significant contributing factor is that while the size of vessels is growing, our ports have not expanded much over the past decade.

“Furthermore, the same can be said for the rest of our infrastructure on which logistics operations rely heavily.”

Durban's prime container berths are dredged at 12.2 m, Cape Town at 14 m and Ngqura 18 m, with ultra-large vessels requiring a draft of at least 15 m.

Furthermore, the Durban container terminals have moved an average of 5 000 TEUs per vessel over the past few years, with vessel sizes at this port rarely exceeding 10 000 TEUs capacity.

Furthermore, for Africa as a whole, the maximum ranges stop at about 15 200 TEU.

As per Alphaliner's monthly monitor report, only four vessels are servicing Africa within a spread of 12 500 TEUs to 15 200 TEUs, says SAAFF.

“These figures suggest that our largest port is not coming close to being able to service these ultra-large vessels,” warns SAAFF

“Of further concern lately has been the lack of investment in our ports in recent years,” adds the association.

“It might also explain why South Africa's port performance has been deteriorating over the past decade.”

A POSSIBLE SOLUTION?
In addition to the need for ports that can accommodate larger vessels, shipping lines and cargo owners are also looking for ports to service vessels as fast and efficiently as possible.

“Therefore, our ports need to be upgraded to ensure that the equipment available is in working order and capable of handling larger cargo volumes daily.

“Because ports are limited in terms of physical space in many cases, the internal workings need to be our main focus point.

“What should be considered is the use of the space available, looking at whether certain areas can be reallocated to different operations to alleviate congestion and improve the overall flow within the port.

“Digitalising processes, especially in planning for cargo handling and truck movements, will go a long way towards reducing congestion within our ports.”

A PPP is a crucial building block that should push back into the domestic supply chain, starting with expanding Transnet Freight Rail operations to encourage cargo owners to transport goods inland via rail.

This situation will not only improve domestic infrastructure, but also alleviate congestion issues in ports.

However, it is unfair and unreasonable to try and put both the blame and responsibility at the feet of Transnet, notes SAAFF.

“Domestic infrastructure also plays a vital role in this, as the cargo loaded and discharged at our terminals moves through a large domestic supply chain before reaching the port or when leaving the port.

“There needs to be sufficient infrastructure to accommodate an influx of cargo moving in and out of the country, especially road and rail infrastructure. Load-shedding and civil unrest are also contributing factors that need to be addressed to create an environment more conducive to trade.”