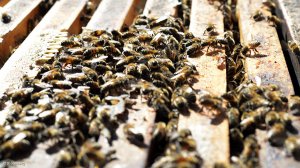 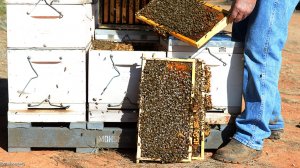 International digital security company Gemalto notes that the global bee population is declining significantly and is under new pressure from disease. The company is thus highlighting an innovative technology- based solution called Mite Not, which could provide a new source of hope for bee farmers worldwide.

The technology is currently being trialled in the US, with connectivity provided by Gemalto’s machine-to-machine (M2M) module. Due for commercial release towards the end of the year, the Mite Not solution combines technology and applied science in a way that enables farmers to benefit from intellectual property developed at an academic institution.

The team trialling Mite Not is being led by University of Minnesota professor of apiculture and social insects Marla Spivak. The team is investigating whether it can successfully help control the mites that appear to cause the colony collapse disorder currently decimating US bee populations. Should the trials prove effective, the solution might hold new hope for South Africa’s bee populations, which are currently under threat from American foul brood disease (AFB).

The Mite Not solution comprises a smart beehive frame that automatically monitors and manages the temperature within beehives. Essentially a flexible screen-printed circuit designed to look like a standard honeycomb, Mite Not’s sensors monitor the temperature of 32 specific elements of the hive that indicate brood status and the different stages of the mites’ reproductive cycle.

The data is then fed back to the researchers by Gemalto’s M2M module, which acts as a cellular gateway, ensuring connectivity and transmitting the information to an application called Bee Safe, developed by agricultural communications company Eltopia.

When specific thresholds are met, Bee Safe then communicates back to the Mite Not unit through the Gemalto M2M module, programming it to elevate heat within certain areas of the hive to sterilise the mite larvae, leaving the bees and their honey safe.

Gemalto explains that this technology could be adapted to enable other solutions for additional challenges facing bees. When a solution similar to Mite Not is created, there is a good chance that M2M connectivity will play an active role in making it practical.

The Effects of Pollination

Gemalto M2M solutions manager for South Africa Mark Warren notes that pollination plays a critical role in ensuring food security for South Africa’s families and communities. “With climate and habitat changes already impacting on many wild bee populations, new diseases are now spreading and wiping out hives across the world, threatening food security on many continents, including our own,” he says.

Meanwhile, the US has been particularly hard-hit, with bee numbers dwindling to the extent that Californian farmers are now borrowing hives from other states to ensure that cash crops like avocados and almonds are properly pollinated.

South Africa has been similarly affected, with some 40% of the bee population in the Western Cape decimated by AFB. The Department of Agriculture, Forestry and Fisheries (DAFF) fears that this could increase pollination costs and affect crop production across the region. In an effort to prevent AFB from spreading, the DAFF has recommended that bee products, such as beeswax, not be exported from the province. The potential knock-on effect for farmers and farmworkers is substantial, given that South Africa’s agriculture industry is worth R20-billion a year and provides some 700 000 jobs.

“As a result of bees playing such an important role in producing crops worldwide, this is clearly a significant crisis which, if left unresolved, could affect food security on a global scale. Smart, connected technologies are, however, emerging as a potential weapon in this particular battle – offering new hope for local bee farmers,” he says.

Warren highlights that the ability to link smart machines and sensors to sophisticated software is already transforming other industries, such as logistics and healthcare. Examples include smart pill dispensers to ensure that patients comply with treatment regimes, and connected on-board devices that take fleet management to the next level.

“We are just at the beginning of this revolution, particularly in agriculture. As climate change impacts on farmers more and more, technology will undoubtedly have a growing role to play. As such, Mite Not could be one of a series of critical solutions, offering farmers a new means of ensuring productivity and efficiency in our ever-changing world,” concludes Warren.