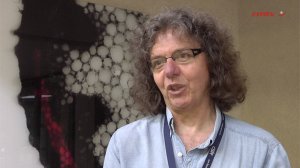 Social infrastructure, including clinics, schools and student accommodation, will be constructed using innovative building technologies (IBTs), which can reduce costs by up to 41% and construction time by up to 50%, says research organisation Council for Scientific and Industrial Research (CSIR) Built Environment Unit principal researcher Llewellyn van Wyk.

IBTs are a range of alternative building technologies – generally framed panels fabricated off site and assembled on site. They are classified according to mass into heavy or light materials, and on-site or off- site fabrication.

The stipulation to use IBTs to construct 60% of new social infrastructure projects by 2017 was adopted by Cabinet in August and arose out of the construction of 12 schools in the Eastern Cape during 2012 as part of a development agency IDT pilot project. A further 16 schools will be built this year and the pilot project may result in an additional 30 schools being constructed.

“The commitment of government to IBTs will anchor the technology in South Africa, enable it to grow and assist in exposing the technology to boost its commercial adoption and use.”

IBTs are widely used in many developed countries and are increasingly being used in developing countries to reduce the cost and time to construct social infrastructure. Data gathered and analysed by the CSIR indicates that IBT building systems perform better than a standard brick house as they have, among other attributes, significantly lower heating and cooling requirements.

However, to improve the adoption of IBTs in the South African market, proof of the benefits and adherence to construction and safety regulations must be demonstrated to the construction industry, Van Wyk notes.

The CSIR has a facility at its Tshwane campus to demonstrate the comfort of IBT buildings and the energy efficiency gains of such building technologies, as well as to enable construction industry companies to inspect various IBTs. The site and pilot project also aim to disseminate information on the regulations pertaining to them, which is necessary to engender confidence in the technologies.

“Agrément South Africa, as the national certification body for nonstandardised building products and systems, has a critical role to play in IBTs in South Africa as a rapid adoption enabler through its existing IBT classifications and quality criteria,” says Van Wyk.

Meanwhile, IBTs can be matched to the conditions of the environment that the structure will have to endure and the terrain in which it must be built.

“The difficult terrain in the Eastern Cape, where IDT has been building school infrastructure using IBTs, means that the contractor could not transport all the parts to the site prefabricated. However, the contractor was able to adopt a hybrid approach, where it manufactured some parts off site and other parts on site, owing to the flexibility of IBTs. Logistics is an important consideration of IBT projects.”

While the flexibility of IBTs enables various materials to be used and reduces costs and construction time, building standards based on measured performance data must be available for the construction industry to use, which is why Agrément data and IBTs certification is being used, with the CSIR analysing and aggregating the data for industry to use