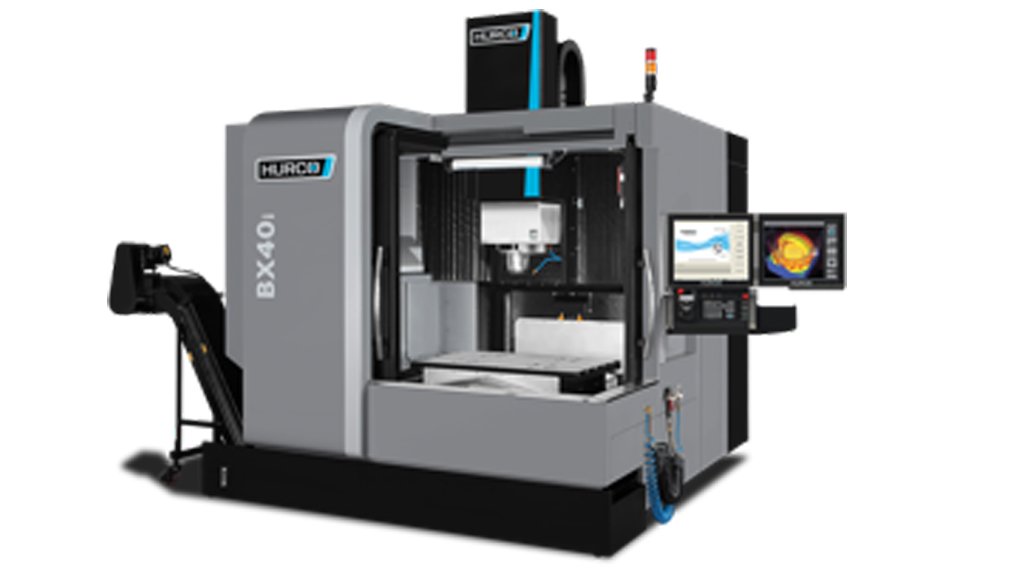 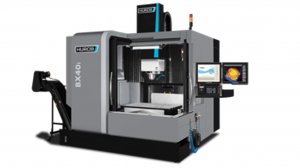 Global machine tool supplier Hurco’s BX40i double-column, bridge-type machine, originally launched in 2016, has been upgraded to service a variety of trades, from general manufacturing to highly specialised industries such as the aerospace sector.

The stability of the double-column design and the overall weight (9 100 kg) of the BX40i provides accuracy and high-quality surface-finish capabilities. While designed specifically for the mould-making market and aerospace industries, the BX40i meets the needs of any high-speed machining application that requires higher tolerances, while enabling the machine to operate at optimum spindle speeds.

“With the double-column design, there is less tool deflection, thermal deformation and vibration, compared with a single-column computer numerical control (CNC) machine,” says Hurco South Africa regional manager Christo Moolman. This is owing to the heat affecting only the bridge structure in a straight line instead of occurring on the X and Y axes.

He says another advantage is that the spindle is closer to the mass of the machine on a double-column machine, which provides increased rigidity.

The BX40i is equipped with size 45 roller rails on all axes and its linear scales are standard. It differs from other bridge-type CNC machines because of the integrated Hurco control, powered by WinMax control software, and the patented motion system called UltiMotion.

UltiMotion determines the optimal trajectory to run the tool and achieves programmed feed rates more consistently. This reduces cycle time by as much as 30% or more, depending on the complexity of the part, while improving surface-finish quality. With UltiMotion, cornering velocity is 2.5 times faster than conventional motion velocity and machine jerk is reduced by at least 50%.

The flexibility of the WinMax makes machinists more productive and job shops more profitable because it supports multiple programming methods. These include conversational programming that minimises idle time that occurs when waiting for the computer-aided design (CAD)/computer-aided manufacturing (CAM) station, industry-standard numerical control (NC) programming – also known as Fanuc – and a Hurco-specific feature, the NC/conversational merge, which further optimises efficiency.

Instead of fixed look-ahead, UltiMotion includes dynamic look-ahead that adapts as required by the tool path. UltiMotion is different from the features offered by CAD/CAM software and improves upon CAM output because it provides better machine mechanics and dynamics handling. All Hurco CNC machining centres are equipped with UltiMotion.

Moolman concludes that Hurco has extended the BX range with its BX50i, launched in March, and the BX60i, which will be available towards the end of 2018.