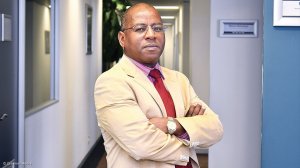 The Steel and Engineering Industries Federation of Southern Africa (Seifsa) has announced that its CEO Kaizer Nyatsumba has left the organisation to focus on his consulting company KMN Consulting.

Seifsa had placed him on precautionary suspension early in May, pending an investigation of sorts, which the federation has not elaborated on.

However, the parties reached an agreement to mutually separate, chairperson Elias Monage confirms.

In a statement sent to Engineering News, Nyatsumba said that, although he decided to return to his consulting company, he would seek to plough back his considerable business experience across a number of sectors by availing himself for nonexecutive directorship appointments.

“I have enjoyed my time with Seifsa, where I was the first-ever black (African) CEO in the federation’s history. I am glad that, during my tenure, we were able to stem Seifsa’s losses, following the expiry of the Collective Bargaining Levy in 2011, and to turn the federation around to produce surpluses three years in a row, until the advent of the Covid-19 pandemic last year,” he said.

Nyatsumba added that he was proud to have raised the federation’s profile beyond the metals and engineering sector and had launched  innovations such as the Seifsa Awards for Excellence, the Southern African Metals and Engineering Indaba and the Seifsa Small Business Hub.