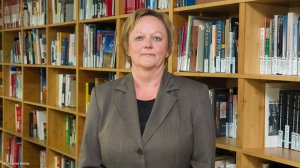 The second Norway-South Africa Science Week will provide a platform for scientists, researchers, civil servants and business people from both countries to share best practices and policies to promote the sustainable use of ocean resources.

Norwegian ambassador to South Africa, Botswana, Madagascar and Namibia, Ambassador Trine Skymoen, on Friday, told Engineering News Online that Norway has significant scientific research and cooperation ties with South Africa and has recognised experience in the sustainable use of oceanic resources, including aquaculture, oil and gas and fishery management.

“The aim is to forge a partnership in the oceans space. Norway generates much of its wealth from its oceanic resources, including through maritime freight services and seafood exports. We know that we must use the resources from the ocean sustainably as we will rely on these resources forever.”

Norway discovered oil in its exclusive economic zone in 1969 and, while this added another factor to the resources it could harvest from the sea, the country managed the exploitation so as not to harm its fish resources.

Sustainable fishing and enforcement of laws to combat illegal fishing practices and other ocean-based crimes will also be key topics of discussion at the science week. Illegal fishing is a global challenge and the aim is for the experts from both regions to share their challenges and solutions.

Further, Norwegian scientists have been conducting research in cooperation with coastal African countries for 40 years aboard the Dr Fridtjof Nansen advanced research vessel (the current ship is the third to carry the name). The vessel conducts research on marine resources, including sea life, pollution and conditions over time. It is currently operating along the Namibian coast and will be in South Africa in December and January.

“The work by the scientists on board, from Norway and the countries along which the research is done, is a practical example of common research and science collaboration between the countries,” Skymoen said.

One example of regional cooperation between South Africa, Namibia and Angola to manage fish resources, called the Benguela Current Commission, is supported by work done by the scientists aboard the Dr Fridtjof Nansen.

Direct scientific cooperation and the sharing of government policies and commercial best practices will serve to boost the economic and subsequent developmental impact of using ocean resources sustainably.

Notably, Norway has significant capabilities and experience in shipping, seaborne freight and port operations that it can share with South Africa, which is aiming to improve its port capabilities and ship repair and other maritime freight services, she said.

The two countries have a long-standing bilateral research cooperation agreement, called South Africa-Norway Cooperation, which is focused on clean energy, the environment and climate change. The agreement will be renamed to South Africa-Norway Oceans to reflect the focus on the oceans and blue economy.

Further, a few Norwegian freight companies are sourcing young cadets from South Africa to serve on international trade ships and freighters. This helps to provide the skills that South Africa needs to tap the potential of its oceans economy.

Skymoen also highlighted the significant aquaculture experience that Norway has, with the country producing salmon for export around the world, including South Africa, and this experience, including the policies for sustainable use, can be used to stimulate the development of South Africa’s aquaculture sector.

“If we are to secure the protein to feed the world’s population, we will need clean and healthy oceans. This scientific cooperation and the science week, in particular, are part of the work being done to ensure that we can effectively use all the ocean resources side by side and sustainably.”

The Norway-South Africa Science Week will be held in Pretoria and Cape Town from December 4 to 8.