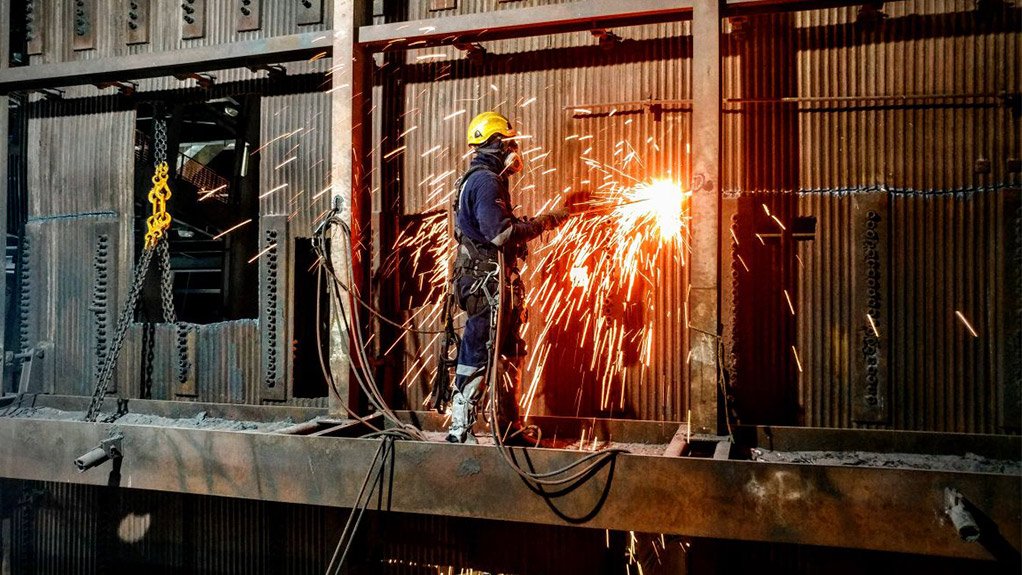 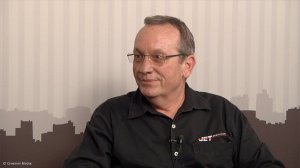 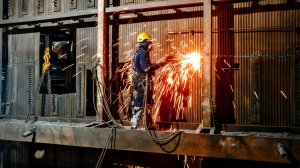 What makes Jet Demolition’s resounding win in the Industrial Demolition Award category such a major achievement for South African industry is that it was up against some of the biggest companies and projects in the world.

There were ten entrants in this category, with a shortlist of four selected by a three-person international judging panel. Apart from Jet Demolition, the finalists were Brandenburg Industrial of the US for the Bannister Federal Complex, Despe of Italy for the former Stefana Steelworks, and Liberty Industrial of Australia for the Port Kembla Coal Terminal Stacker and Reclaimer demolition.

“It was fantastic for us. We were up against some of the biggest companies in the world, with major projects. We are very grateful for the fact that they selected ours. In the end, we had the perfect combination of a difficult and unique project, together with the best solution that we executed well,” Jet Demolition Director Joe Brinkmann comments.

Director Liz Brinkmann, who started the company with her husband 28 years ago, points out that what distinguishes Jet Demolition from its competitors is its passion for bespoke solutions, as opposed to using off-the-shelf equipment, and then trying to adapt it to the problem in hand. “In many instances, you simply have to take a major step back, look at it from a fundamental perspective, and then determine what is the best approach.”

International demolition consultant John Woodward, who has been associated with the awards since its inception, commented that while the scale of the project submitted by Jet Demolition was dwarfed in sheer size by some of the other submissions, the reason it won was that “it was a unique challenge, to which the technical response put the other projects in the shade.”

Jet Demolition’s submission focused on the contract awarded to it by Eskom in 2017 for the demolition of a coal-fired boiler and ancillary equipment at Duvha Power Station in Mpumalanga, following an over-pressurisation event that resulted in irreparable damage to the structure.

Joe highlights the numerous challenges associated with the project: “We had to contend with a critically-damaged boiler unit, with attendant safety issues. The timeframe was highly limited, which entailed working double shifts on a 24/7 basis. We had to train up local community members, which meant incorporating 25 extra workers into our system and procedures.” The project ultimately peaked at 145 personnel on-site, and 330 373 hours worked without a single Lost-Time Injury (LTI).

“Our main consideration was that the boilerhouse structure had to remain in place, and therefore could not be damaged in any way. Combined with all of these elements was the fact that we were in the middle of a fully operating power station. This meant having to accommodate live services that could not be compromised.

“Simply gaining access to the damaged structure in order to carry out the necessary initial assessment was in and of itself a major issue. We also had to liaise closely with the client’s own consultants in what was really an unprecedented situation,” Joe adds.

The solution devised by Jet Demolition, and which caught the attention of the judges at the awards, involved various highly innovative demolition methods. These included complex rigging with purpose-built winches, extended-length chain-blocks and mobile cranes, extensive rope-access activities, and controlled cut-and-drop techniques using the boiler walls themselves as a drop chute.

In order to give a sense of the immense scale of the project, Joe reveals that the 96-m-high suspended boiler towered higher than the Statue of Liberty. A total of 11 000 tonnes of steel was removed successfully over a 13-month period. Joe is well aware that this once-off project was, indeed, an opportunity of a lifetime, both for himself personally, and professionally for the company he has nurtured since its inception.

“We have carried out work successfully in a dozen African countries, from South Africa to Algeria. Our focus has always been highly-demanding industrial-type projects, which demand the best international safety and quality performance, no matter where in Africa. Hence we have to compete on an international basis. I think that our two consecutive awards is a vindication of this approach,” Joe stresses.

Jet Demolition’s innovative implosion of the 14-storey HG de Witt Building in the bustling Pretoria Central Business District clinched it its first accolade at the World Demolition Awards in 2017. The latest win for the Duvha boiler project adds further to the company’s track record and expertise.

As for entering the awards next year? “We already have an exciting environmental rehabilitation project lined up as our potential entry, as this further showcases our bespoke approach and innovation,” Joe concludes.

Jet Demolition has been undertaking industrial demolition works since 1994, and is the leading, largest, and most technically-advanced demolition company in Africa. It offers in-house, full-range demolition services, including advanced mechanical solutions and controlled implosions. It actively pursues ongoing development of skills and equipment suited to the changing needs of the industry.