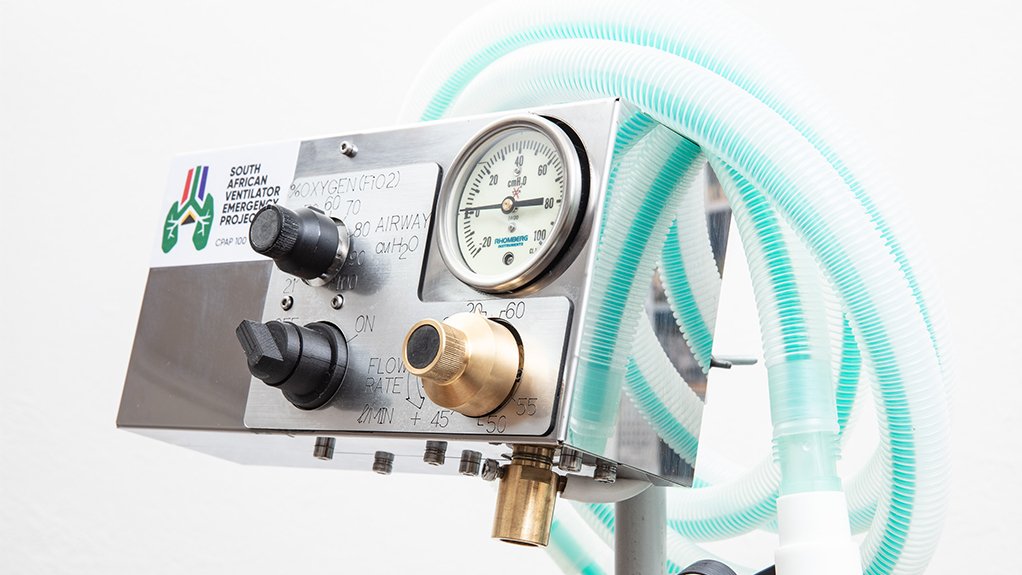 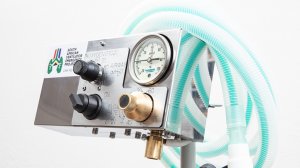 A successful home-grown ventilator project has delivered a prime example of South African talent and collaboration, as well as a new opportunity to locally produce much-needed medical equipment in Africa for Africa and the world.

With deindustrialisation a rising concern for a country reliant on its manufacturing sector for economic growth, ensuring skills are retained and employees paid amid Covid-19 restrictions and the subsequent downturn has been critical.

Borne from this need and to meet an expected ventilator shortage in South Africa, nonprofit organisation the South African Emergency Ventilator Project (SAVE-P) saw overwhelming support from industry, with several large and small firms raising their hands to help after a call for assistance early in March.

This included Bosch, Reef Engineering and MCR Manufacturing, besides several others.

Rand York Castings joint CEO Justin Corbett, who, in partnership with surgeon Dr Greg Ash, started the Durban-based SAVE-P, said the response from a multitude of manufacturers throughout the country to contribute to the manufacturing of individual parts was overwhelming.

The team has since grown to over 100 volunteers, including South African engineers, designers, technologists, scientists and doctors from across the country, helping across all aspects of the project.

“The team was pulled together with the assistance of the National Association of Automotive Component and Allied Manufacturers, which played a pivotal role in the early stages of this effort,” he told Engineering News & Mining Weekly.

Within a few months, the SAVE-P team redesigned, built and tested the mechanical CPAP 100 Ventilator, which can be manufactured using existing local technology and locally sourced materials.

South Africa was facing ventilator shortages, with only about 3 500 readily available, and the cost of a new ventilator could range between $30 000 and $50 000 each.

The local redesigned development of the mechanical CPAP 100 device is an affordable, reliable solution that requires little maintenance and minimum training for non-ICU qualified nurses, with the first 2 000 CPAP 100 ventilators aggregately costing less than R37-million.

The design was altered to accommodate the requirements deemed to be more suitable for the recovery of Covid-19 patients, as opposed to a full intrusive insulator.

The first order, nearly 100% locally produced barring two components, is under production and due for delivery within the next few weeks.

It is composed of a multitude of sub-assemblies sourced from all over the country, from Cape Town to Durban.

South Africa already has the most extraordinary manufacturing capabilities, largely driven through the automotive sector, and the team has been able to leverage the individual manufacturing companies, Corbett added.

Multinational Bosch Region Africa president Dr Marcus Thill said that tapping into the Bosch global network of knowledge and sourcing was also crucial to getting the project off the ground.

He reached out to the Bosch network globally to identify the materials in the diaphragm and to ensure the correct type of material, as well as locate the suppliers in Europe, while colleagues in Shanghai provided certain filters needed.

These are the only two components imported.

Reef Engineering CEO Graham Ellett commented that the only way to solve South Africa’s challenges is to increase manufacturing as this will deliver the largest employment pool.

“If we could build a stronger technical base, we could become the manufacturing powerhouse of Africa,” he said, noting that the SAVE-P project could be an example of this.

Thill agreed that it could be showcased as a pilot project, which could show that local quality manufacture is possible with an over 95% value addition.

The final consolidation of the product and quality monitoring is done at MCR’s expanded facility and metrology division.

The company aims to produce up to 500 ventilators a week through five established “tunnels”.

Speaking to Engineering News during a tour of the assembly facility, in Rosslyn, MCR Manufacturing MD Claudio Maccaferri said MCR’s newly-expanded warehouse was repurposed for the assembly of the ventilators, with its employees redeployed – and 15 new jobs added – into the ventilator project as other projects were delayed.

“We added on 2 000 m2 to our facility for expansion of our automotive product range and for supply to the rail industry,” he explained

However, with the Covid-19 pandemic, many projects have been slightly moved out, presenting a new opportunity.

SAVE-P said it has sufficient capacity to increase production to cope with the expected needs of South Africa and beyond.

Meanwhile, the project team is also in talks with organisations in several other African countries, which have indicated an interest in procuring ventilators to help them with their own Covid-19 treatment programmes.

Maccaferri said that, with the infrastructure already in place, South Africa is in an ideal position to extend a helping hand.

“It [the product] has certainly resonated with African countries and many [of these] countries are working with us,” added Corbett.

In addition, the team is providing a similar group of companies in India with the technical know-how to build their own ventilators in the near future.

“We are hoping that we could facilitate the development of the CPAP 100 in India to help with their situation.”

Through the offices of Bosch, the team managed to connect with India’s government and the automotive sector.

Thill concluded that he is currently in discussions with regional World Economic Forum groups and African Union groups to enable the creation of a medical device industry in Africa for Africa.