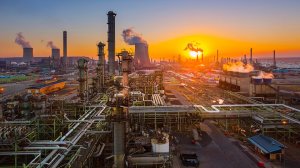 Embattled chemicals and energy group Sasol aims to officially unveil its new-look strategy, dubbed Future Sasol, later this year. It has already indicated, however, that the plan will seek to reposition the 70-year-old company, built around a highly carbon-intensive technology that converts coal to fuels and chemicals, for a far more carbon-constrained world.

CEO Fleetwood Grobler tells Engineering News that the strategy will be officially released in November.

It will outline a far more streamlined group, which is currently in the middle of an accelerated asset-disposal programme that is being pursued as part of a three-pronged effort to reduce what is an unsustainable $10-bilion debt burden by between $4-billion and $6-billion by the middle of next year.

Besides seeking to raise at least $2-billion from the sale of assets, Sasol aims to reduce costs by a further $1-billion during its 2021 financial year, having already cut costs by $1-billion in 2020.

The third component of the capital restructuring, meanwhile, will be a rights issue, the size of which will be determined by the success of the other two components. Sasol indicates that the rights issue will take place during the first half of the 2021 calendar year.

Grobler says the initiatives will facilitate a “reset” of the JSE-listed group such that its capital structure is not an impediment to the Future Sasol strategy.

Under the new strategy the group will focus increasingly on specialty chemicals, while retaining those base chemicals linked to its integrated value chains, and a progressively lower-carbon energy business that covers the entire Southern African value chain.

Those business units that will be retained will be responsible for their own profit and loss and will be supported by a “leaner and more fit-for-purpose centre” that provides strategic boundaries, allocates capital and enables the business units to make their own decisions. Efforts to “right-size” the head office have already started.

This new strategic focus has already resulted in a decision to abandon any new investment into coal reserves, as well as Sasol’s oil-based growth in West Africa. Sasol’s upstream portfolio is instead being realigned to focus on gas and gas delivery systems in Southern Africa.

“We will continue to focus on gas as a key complementary feedstock [to coal] and progress growth of Southern African gas delivery systems as well as renewables as a secondary energy source. In both of these areas, we see Sasol playing an important role in helping the country manage its energy transition.”

Likewise, the focus on gas and renewables is central to the group’s own commitments to reducing greenhouse gas emissions from 63.9-million tons of carbon dioxide-equivalent (CO2e) in 2017 to 57-million CO2e tons by 2030.

The proposed 10% reduction has been heavily criticised as being insufficient and lacking in ambition by environmental groups, but Grobler stresses that the 2030 Roadmap is but the first stage in a larger multidecade emission- and pollution-reduction plan.

A detailed emission-reduction roadmap will be officially launched in August and a longer-term plan to 2050 is currently being canvassed with stakeholders and will be shared at the group’s Capital Markets Day in 2021.

“In line with our ambition to introduce renewables, we are introducing two 10 MW solar plants as a first step for realising our ambition of at least 600 MW of renewables by 2030,” Grobler reports, noting that the investments will help reduce Sasol’s indirect emissions, which arise from the purchase of coal-based power from Eskom.

He tells Engineering News that the response to a recent request for information from renewable-energy independent power producers was massively oversubscribed, with more than 220 potential projects proposed, representing a combined capacity of over 7 GW.

Sasol’s immediate electricity ambition is limited to reducing its Scope 2 emissions and beefing up security of supply in a context of ongoing load-shedding, but Grobler does not discount the prospect of potentially developing its electricity operations into a profitable business in future.

Likewise, the group is beginning to consider a link between its renewables investments and the production of green hydrogen, particularly if the cost of electrolysis falls as is being forecast in other jurisdictions.

“I see green hydrogen, beyond 2030, being an area where Sasol will have to play a significant role in the South African energy mix. I do think that green hydrogen would bring a lot of benefit to our ability to address greenhouse-gas emissions but also to bring new mobility options to South Africa in the long term.”

Grobler says mitigating Sasol’s climate risk is central to resetting the group in a way that will make it more “profitable, sustainable and resilient” in a low oil-price and low-carbon environment.

“It’s a time of renewal at Sasol, and along with all the challenges that this brings, it’s also about the excitement of new possibilities.”