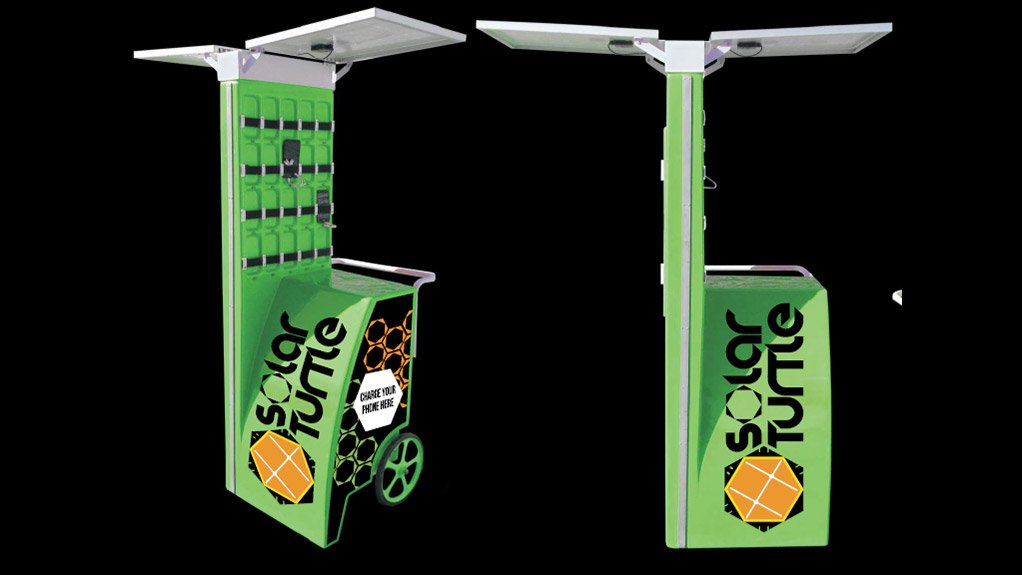 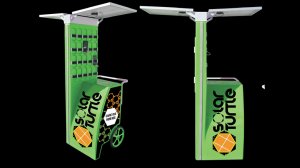 “This contract will see the design and implementation of three new solar kiosk designs of various portable sizes. They will all follow the SolarTurtle’s fold-away designs, but now our software will also be upgraded,” SolarTurtle CEO Lungelwa Tyali said in a statement issued on Tuesday.

Sanedi, with support from the DST, has pledged a significant amount of money for the development of community-owned green businesses that help to eradicate energy poverty and create grassroots, green economy jobs, the statement said.

“A new, integrated battery charging station technology coupled with a software platform for the operators, customers and donors will allow these energy kiosks to provide immediate relief to people who struggle to keep their phones and lights powered.”

The SolarTurtle concept is to deploy containerised PV kiosks that serve as micro-utility franchises in rural and informal settlements to make a tangible difference to the lives of people.

The original system, built within a twenty-foot shipping container, with polycrystalline solar PV cells on top and an integrated inverter secured inside, harvests solar energy and stores some in lead crystal batteries, which do not emit harmful or dangerous gases, overheat or contain dangerous chemicals. The enterprise also provides mobile device charging and microwave-based broadband Internet connections to the community at a low cost.

“This will be a move away from the big container units, called the MamaTurtles. The 'babies' do not have a hard shell yet and no container. They rely on a local 'mama' for safety and are smaller mobile units,” said SolarTurtle developer, founder and chief engineer James van der Walt.

The BabyTurtles can be moved to events, taxi ranks, schools or other high foot-traffic areas where people have phoned to recharge. They unfold like all our other Turtles but remain mobile.

“With load-shedding, I think this business could work anywhere. Anyone on the way to work can soon pop by a BabyTurtle solar charging station or pick up a charged power bank from one.

“If you register for an account, you can swop out your power pack at any of the kiosks daily, aimed to provide pick-up-and-go power. We hope these microfranchises will soon be all over South Africa creating jobs in the green economy,” he said.

The software will also include features like e-motivation linked with e-training, which will help to push the small green businesses to new heights, said Van der Walt.

During the three-year contract, SolarTurtle will produce, test and commercialise these new solar-powered units with the accompanying software packages.

SolarTurtle will also open an Eastern Cape economic development office from where the energy poverty and unemployment concerns of the provinces will be tackled, said Tyali.