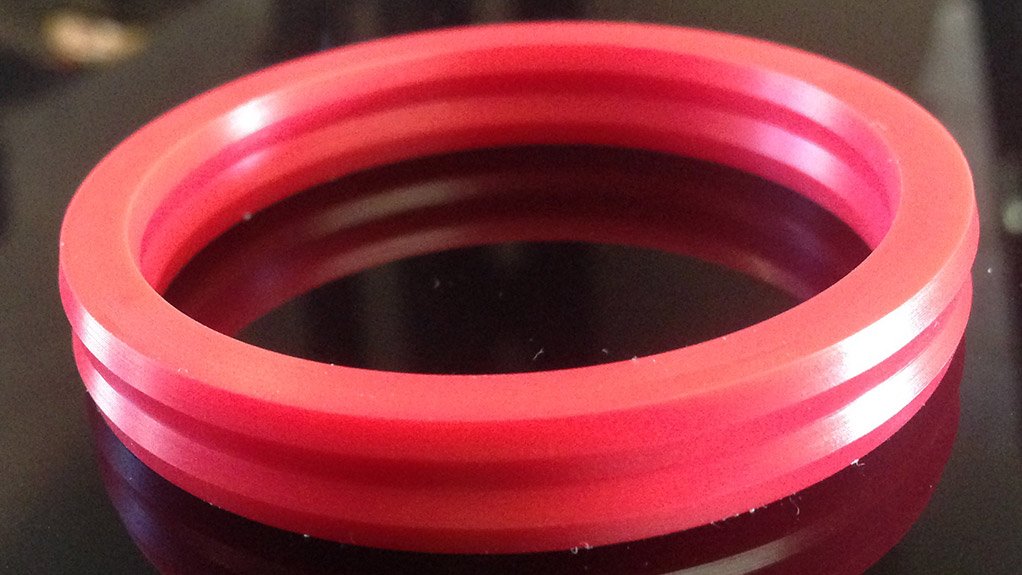 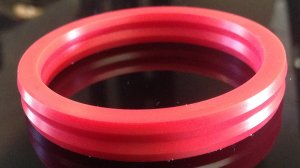 The company’s DFL108 polyurethane static head seal is proving especially popular in the industrial hydraulics sector, where operational efficiencies are extremely important, as downtime has a severe impact on operations and, ultimately, a company’s bottom line.

Seal & Gasket Supplies tells Engineering News that, as research and development continues to be at the forefront of product innovation in the seals industry, it is an important development for the manufacturers.

“These days, when production demands are extremely high and pressurised, there is little time for interruptions to machinery,” says Nkambule.

She adds that the need to increase the life span and reliability of seals is imperative to reduce breakdowns and downtime, which can cost companies millions of rands. “As a seals manufacturer, it is our responsibility to ensure that our products’ competences support the operating hours and requirements of our customers.”

Nkambule says this is one of the reasons why there has been an increase in the manufacture and supply of the DFL108, as it promises maximum efficiency in cost and operations.

The polyurethane static head seal is increasingly being regarded as a replacement for the commonly used O-ring and backup, owing to common seal failures when there are extrusion gaps on cylinder heads.

The symmetrical design of the DFL108 allows for better grip and support, thereby mitigating the risk of seal failure. The holistic design also allows for minimal damage when the seal is installed.

Seal & Gasket Supplies technical sales manager Riaan de Villiers states that these failures are common in high-pressure systems where the gap for the O-ring to seal is too wide. As a result, the O-ring starts to slide between the barrel and the piston. He adds that, alternatively, the vibration of the differences in pressure variances starts “chewing or nibbling away at the O-ring”.

This can also sometimes happen because the O-ring material is too soft, which is why the company manufactures the DFL108 in polyurethane, as it provides stronger performance advantages over traditional elastomers, owing to its low-compression set and strong resistance to extrusion.

Meanwhile, the company reports increasing sales figures, which are attributed to seals users having increasingly higher expectations of the traditional O-ring and backup combination, and of traditional seals in general. “As our customers are made aware of the DFL108 being a more efficient replacement, they rarely revert to using the O-ring and backup combination again,” says De Villiers.

Applications The DFL108 static head seal can be used when the system’s operating pressure exceeds the limitations of a seal’s extrusion resistance.

It is also ideal in instances where pressure spikes in the system exceed normal operating conditions, risking damage to the seal. Further, it can be used when the use of wear rings has increased the extrusion gap, which reduces the seal’s pressure rating to an unacceptable level, and when the system temperature is high enough to reduce the seal’s extrusion resistance to an unacceptable level.

Further, with the 2012 acquisition of the Seal Master 700 machine, Seal & Gasket Supplies can manufacture bespoke standard profiles according to customer specifications.

“Developments on seal-life prediction and maintenance, as well as advancements in material technology, are happening at a rapid rate, which is why a focus on innovation and product expansion is so important.

“We have to work according to global standards, which require more than just traditional products to maintain a competitive edge. “While innovation encourages growth and strengthens competition, it is most effective when integrated with customer awareness and understanding,” concludes De Villiers.