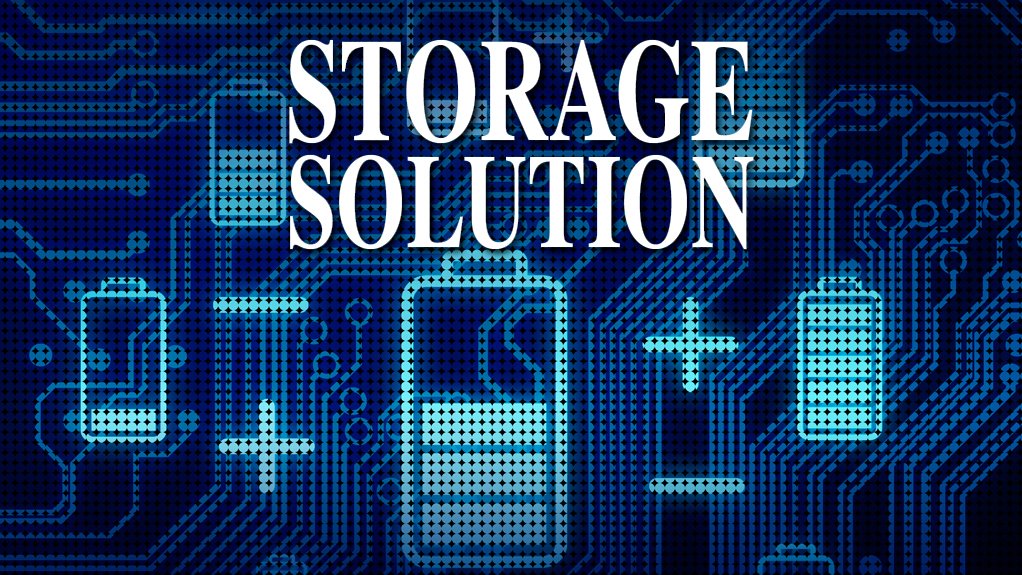 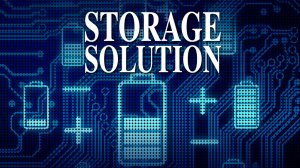 Following the release of an energy storage technoeconomic study, ‘The South Africa Energy Storage Technology and Market Assessment’, advocating that South Africa requires market preparation to take advantage of growth opportunities in the stationary and mobility value chains of energy storage, research on and the application of such storage is actively being pursued.

The study, launched in August, was sponsored by the US Trade and Development Agency and undertaken by US-based architectural and engineering firm Parsons, which has experience in renewable energy and energy storage technologies, after it had been approached by the IDC for support. The IDC leads South Africa’s Energy Steering Committee.

Further, City Power could use utility-scale energy storage for tariff arbitrage, which Vermeulen considers as “probably one of the most realisable benefits” of a storage system for a municipality. Arbitrage means that the electricity distributor can, for example, buy cheaper, offpeak electricity to charge energy storage batteries and then release the stored energy during peak times, resulting in cost reductions through peak power shifting.

A more advantageous, and more significant, concept, however, is that of ‘stacking’ – the placement of the energy storage at a constrained part of the medium-voltage distribution network to create an accumulation of the various energy storage benefits combined with the financial benefits – highlighted by the technoeconomic study and advocated by Vermeulen.

“As stacking makes energy storage more economically viable, the value of energy storage increases the . . . [further it is deployed] down the distribution value chain,” he avers. At transmission level, meanwhile, Eskom can use energy storage as a frequency control tool or voltage support tool.

Because the grid is interconnected and modern control systems can act across the entire transmission and distribution value chain, all the above benefits can be realised when the storage system is placed at the right place – deeper in the distribution network. This is the concept of ‘stacking’, which makes energy storage more economically viable, while creating a powerful ‘smart grid’ tool, Vermeulen emphasises.

At the “very last mile” of distribution, the storage element can supplement peak loads at the required time in, for example, a suburb, where peak load constraints can occur.

Previously constrained urban developments – where greater, but short-duration, peak loads are demanded, such as growing suburbs with increasing peak demand – can tap into the benefits of energy storage, as the system can release the required energy when needed to permit deferring infrastructure investment expenditure and eliminating or delaying the need for network upgrades, Vermeulen suggests.

He believes that the most value from storage is realised when it is placed at the lowest level in the distribution network. “Most of the energy storage value – if we are to realise it – will be reaped within the municipal distribution systems, as the majority of the country’s ageing and stressed distribution assets fall in the municipal sphere.”

INITIATIVES
City Power has started a pilot project in Thembelihle and Lawley to supply power to these regularised informal settlements using a constrained bulk supply from Eskom.

The electricity distributor has installed a conventional grid system augmented with a photovoltaic (PV) plus storage scheme. For every cluster of 12 houses, an additional power system, comprising a pylon with a 3 kW photovoltaic panel, a control box and a battery that can deliver about 2 kWh of stored energy, is installed. To date, more than 110 of these structures have been put into service.

Eskom is also no newcomer to energy storage, with the power utility having doubled large-scale energy storage capacity at generation level over more than 30 years.

Yet, with the rise in renewable-energy technology applications, the use of which is stipulated in the Integrated Resources Plan (IRP), Eskom requires an increasingly flexible electricity system, Langley advises. Consequently, Eskom is placing significant impetus on large-scale energy storage.

As batteries are the most likely alternative means of future storage, Eskom’s research, testing and development department has established a battery testing and demonstration facility – the only one of its kind in South Africa – at the Eskom Research and Innovation Centre, in Rosherville, Johannesburg.

The facility aims to conduct comparative testing of the performance of the different technologies and supplier products under identical South African conditions and identify which products are suitable for Eskom’s future energy storage needs, Langley explains.

The facility is undertaking tests on lithium-ion storage batteries and sodium nickel chloride battery technology, but plans to test another three technologies in the near future.

The IDC, meanwhile, is actively considering ways of establishing and deploying initial energy storage demonstration and commercial sites to progress momentum in energy storage use while considering how to enhance relations with the key industry players in this regard.

“The IDC’s role lies in developing new industries . . . and, if that is going to be achieved through our setting the example by potentially funding some of the demonstration sites . . . that is what we will do,” IDC New Industries special business unit head Christo Fourie emphasises.

The “most significant mileage” for the IDC, however, is in the backward integration of storage technologies into South Africa’s significant mineral value chain, he adds.

Government and other industry role- players have a part to play in making energy storage successful, as it is at a stage where it is, in most cases, still not economically viable to deploy, says Strydom.

IMPLEMENTATION IMPEDIMENTS
Despite energy storage technology and implementation costs being cited as the primary application hurdles, Vermeulen cites publications such as reports from the International Renewable Energy Agency, which estimate the likelihood of energy storage prices, depending on the technology, halving within three to six years.

In terms of regulatory assessment, the energy storage technoeconomic study identified several shortcomings within the broader context and suggests that improvements and amendments be made to existing legislation, regulations and policies, while “incentives” be created to facilitate accelerated growth of energy storage in South Africa.

Regulations regarding energy storage are set out by the Department of Energy, with compliance monitored by the National Energy Regulator of South Africa (Nersa). However, Strydom stresses the need for transparent and clear regulations to avoid the possibility of different interpretations.

He says that, although energy storage is a net consumer of electricity, it is still considered as pure generation under the regulations, which include pumped storage, such as Eskom’s Ingula and Drakensberg pumped- storage schemes, which physically connect to the grid.

However, all energy storage technologies require an energy input before any output can be provided, Strydom argues.

“The understanding is that, in some cases, energy storage will qualify as generation, such as when storage forms part of, for example, a renewable PV [park] or wind farm that connects and supplies energy directly to the grid. However, when energy storage is applied as a means to defer capital costs on distribution networks, it could effectively qualify as capital equipment. It is, therefore, this understanding and differentiation on which we require clarity.”

Further, a key challenge is that, if the provision for energy storage is not stipulated in the IRP, Ministerial dispensation is required for the awarding of generation licences by Nersa, Strydom acknowledges, noting that this is similar to the Renewable Energy Independent Power Producer Procurement Programme (REIPPPP).

Energy storage has been listed in the draft IRP2010–2030, but only in terms of specific technologies, such as lithium-ion and compressed air.

Discrepancies in the current draft IRP 2016 include a flat cost for energy storage for the period, without the inclusion of the learning curve and anticipated technology cost reductions – a key issue which needs to be addressed, Strydom asserts.

The regulatory shortcomings identified by the study include a lack of procurement targets pertaining to specific use cases that can be provided by energy storage, as well as a lack of specific financial “incentives and subsidies” and a “tariff structure”.

An appropriate tariff structure, such as residential, and/or commercial and/or industrial time-of-use tariffs, is critical, as it may drive favourable consumer behaviour in terms of energy storage use, Vermeulen posits.

As such an agreement will facilitate multiple income streams, significant research is required to understand the value of each stream for different users and how to assure potential financiers that such revenue streams will make the energy storage projects bankable.

“There is no clear answer for us at this point how to structure that,” Strydom acknowledges.

Similarly, as Eskom has to adhere to its in-house grid codes, they would need to be analysed, with the codes and other applicable regulations to be updated to include energy storage applications, Langley points out.

He emphasises that it is imperative that electricity distribution planners, municipal distributors and power utilities understand the value of storage in terms of impact and capital cost benefits.

Langley agrees, but suggests that South Africa has some measure of theoretical knowledge, as Eskom, for example, keeps abreast of new developments and continuously monitors the technical aspects in the markets.

“Energy storage will grow in South Africa," says Langley, highlighting that its adoption will be slow. "But, once energy storage takes off and we are using it in the correct applications, it will all make sense,” he concludes.