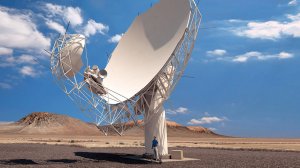 Artist's impression of a MeerKAT dish

The meeting was one of the activities agreed upon in the declaration and work plan adopted at the fifth Brics summit, which took place in Durban, in March 2013.

During the Brics STI meeting the Ministers would identify and discuss mutual interests and future directions of cooperation in STI within the framework of Brics, aimed at enhancing the ability of each country to address the challenges of global competitiveness and leadership in frontier sciences and new technologies, while also promoting equitable growth and sustainable development through strategic cooperation, the Department of Science and Technology said in a statement.

The Brics Ministers would also table a memorandum of understanding aimed at strengthening cooperation between the five countries in STI, addressing common global and regional socioeconomic challenges through appropriate funding and investment instruments, using shared experiences and complementarities, the cogeneration of new knowledge and innovative products, services and processes, and promoting joint Brics partnerships with other strategic actors in the developing world.

A visit to the Square Kilometre Array (SKA) site in Carnarvon, where the 64-dish MeerKAT radio telescope – the precursor to the SKA – was being constructed, was also included in the agenda for the Ministerial meeting.