SA must build on steps to develop hydrogen economy

SA must build on steps to develop hydrogen economy 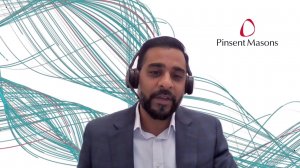 South Africa has made some notable progress in developing its hydrogen economy, but it needs to do more to build on this to capitalise on opportunities, especially given its ideal climatic conditions to generate renewable energy and a local industry that is primed to make a switch to green energy.

This was indicated by speakers during multinational law firm Pinsent Mason’s ‘Hydrogen Projects and Construction Contracts’ webinar on May 27.

Pinsent Masons partner George Varma said the hydrogen economy had been gaining momentum both globally and locally, with countries being driven to this owing to climate change; net zero targets; environmental, social and governance and investor pressure; the need to align to a social licence to operate; and fears about possible litigation.

However, he mentioned that the country was somewhat behind the curve in developing a local hydrogen economy compared with some of its counterparts in the southern region, such as Chile and Australia, which are taking leading roles.

He noted that the country could learn from other countries that were further ahead in this process and apply these learnings to its own development process.

Yelland said this should be driven by the private sector and demand. He also noted a need for partnering and collaboration domestically and globally.

In terms of South Africa’s hydrogen economy development, Yelland said this began initially in the Department of Science and Innovation (DSI), mainly around research and development (R&D).

He explained that this was initially focused on the beneficiation of platinum and the production of relatively small hydrogen fuel cells, not bigger than 10 MW.

However, this changed considerably after the Paris Accord and the EU Green Deal, when there was a shift from a megawatt to a gigawatt scale.

South Africa’s development then moved into planning for implementation, which was initially undertaken at the Department of Trade, Industry and Innovation (DTIC).

This stage saw the IDC mandated to be the commercialisation champions for the hydrogen economy in the country; and also saw early public announcements by Anglo American, Sasol, Toyota and others about related developments.

Yelland also highlighted some planning initiatives in the country around the hydrogen economy, such as the DTIC’s Hydrogen Society Roadmap; the Council for Scientific and Industrial Research’s report on renewable hydrogen and green power; and the Super High Road Scenario of the South African Renewable Energy Masterplan.

Yelland said the country’s hydrogen economy now also had high-level buy-in, with the Public-Private Growth Initiative; and interest and acknowledgement by the Presidency.

The Presidency’s involvement in this falls under the Infrastructure and Investment Office and its head, Dr Kgosientso Ramokgopa, has been tasked with developing the country’s national strategy around the hydrogen economy, Yelland noted.

He said that side-by-side with this is Operation Vulindlela, which has been tasked with unlocking blockages to infrastructure development in the country.

Yelland noted that there were now questions about where the political home for green hydrogen development would be housed in South Africa.

He posited that the Department of Mineral Resources and Energy (DMRE) would be the natural home for this, with the platinum group metals aligning to minerals and renewable energy aligning to energy.

However, he said that there had not been an indication from the DMRE in this regard and the entity had other challenges it was contending with and, therefore, this aspect would have to be monitored to see what materialises.

Meanwhile, Pinsent Masons legal director Emma Dempster said the country was still in the stage of policy development, such as the planning initiatives mentioned by Yelland.

The country was therefore not at a stage of having finalised a framework for its hydrogen economy, and a shift towards enabling regulations needed to happen, Dempster indicated.

She said that, while the policy environment in the country was very supportive of hydrogen and its development, there needed to be a shift toward an enabling environment, and accountability.

Therefore, the country needed to put in place a regularity environment that was supportive of demand and supply, and engendered private practice involvement, she emphasised.

She said this should entail a supporting government policy with forward looking initiatives.

The next step in this regard had been identified as the finalising of the Hydrogen Society Roadmap, Dempster said, as this would ultimately determine what markets the country was looking at, the timelines, how to support development, the incentives in place, and the incentives theoretically available.

She also pointed to the need for global collaboration, with potential for example for the signing of collaboration agreements similar to the memorandum of understanding signed between Japan and Australia.

Another key focus would be putting in place special economic zones to create hydrogen hubs; and using these to incentivise early production and investment in hydrogen, Dempster said.

She also indicated the need to put in place, with government support, funding initiatives for hydrogen.