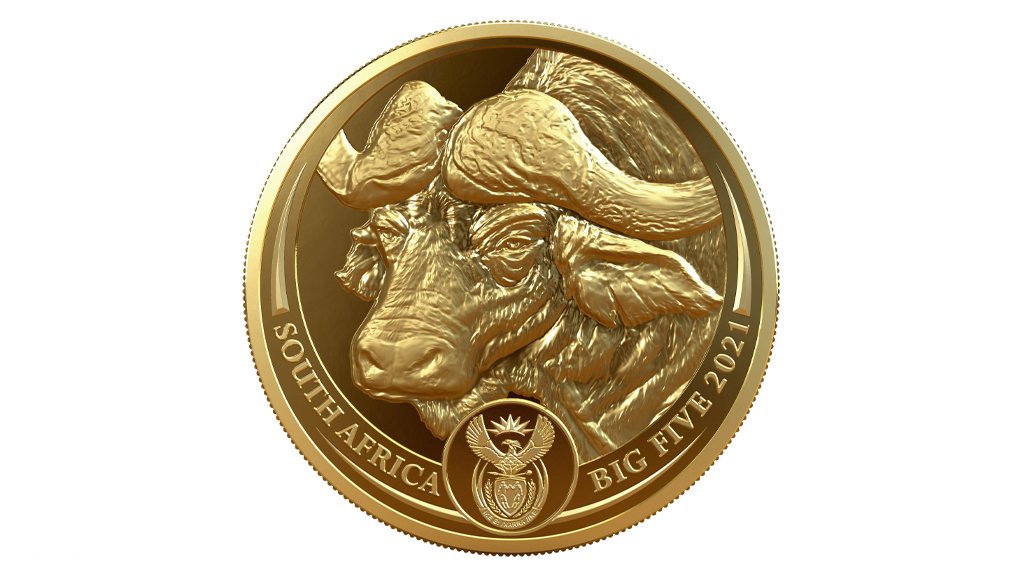 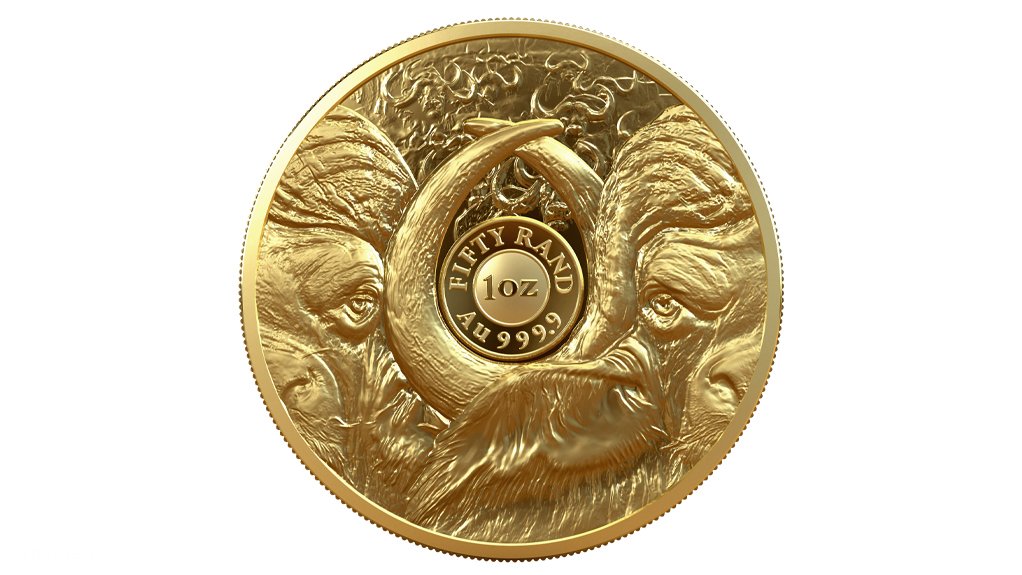 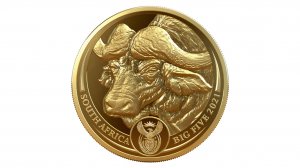 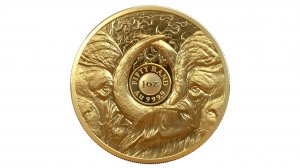 Introduced in 2019, the Elephant, Lion, Rhinoceros and the Leopard have already been issued as part of the Big Five coin series; however, with the addition of the Buffalo, coin collectors keenly waiting to complete their Big Five range now have the opportunity to do so.

The range, which is issued twice yearly, six months apart, sees each of the Big Five issued in an uncirculated-quality coin struck from 999.9 fine silver and a proof-quality version of the same (only available in a double capsule), as well as a 1 oz gold coin, a 1 oz platinum coin and two combination sets.

Of the two combination sets, one houses the 1 oz silver proof-quality Buffalo coin, with a 1 oz fine silver proof Krugerrand which bears a special Buffalo mint mark paying homage to the wildlife series.

The obverse features a design of the Buffalo, accompanied by the words “South Africa” and “Big 5 2021” below the image, and the national coat-of-arms signifying its legal tender status.