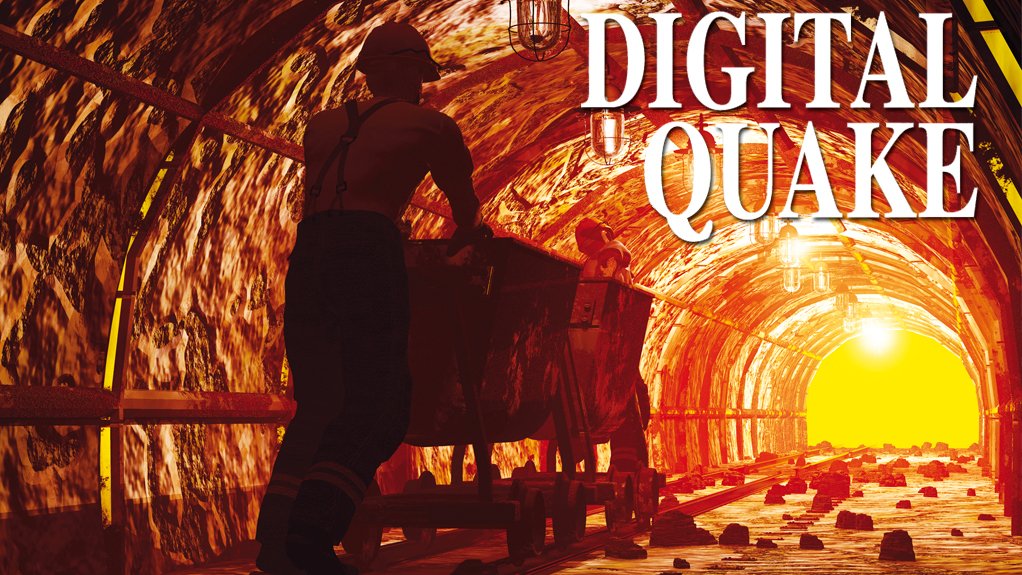 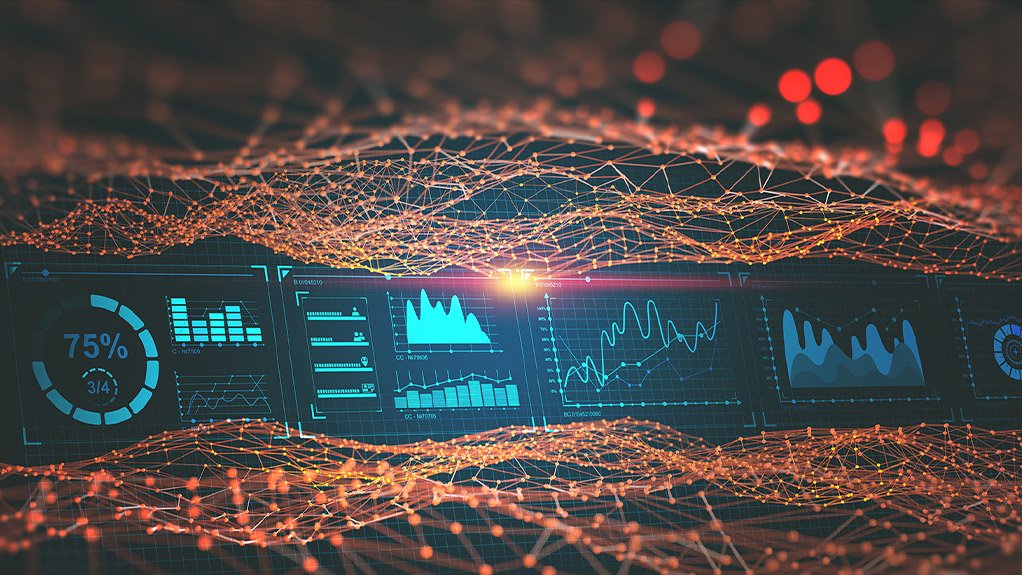 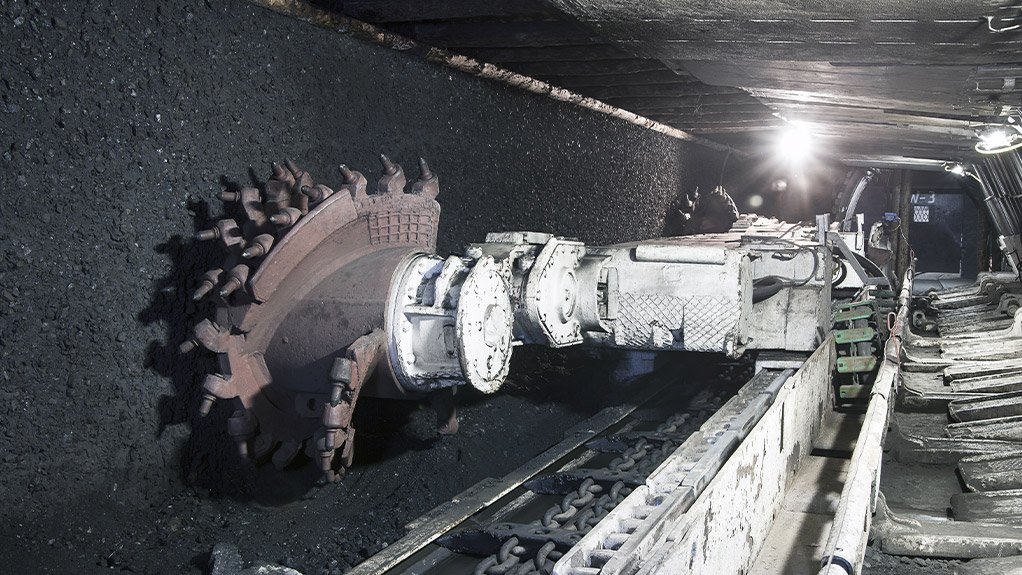 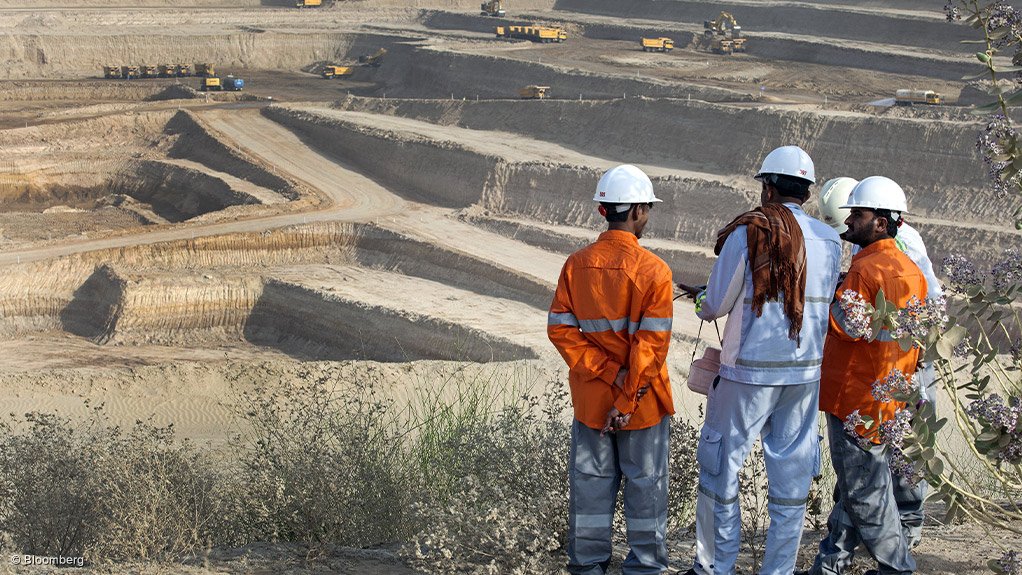 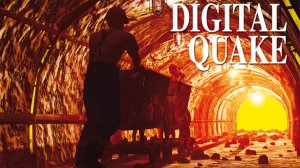 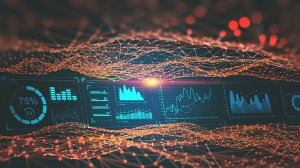 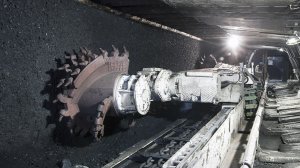 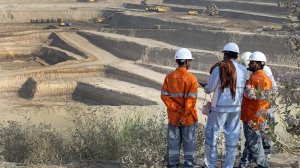 Photo by Adobe Stock
WAVES OF CHANGE The mining industry has immense opportunities to drive the 4IR future as it adapts to a modern world
MECHANISEDThere is a need to adapt new technology to operations throughout the value chain at a forced faster pace, as mining companies shift their strategies and adopt new business and operating models faster than ever before
Photo by Bloomberg
FAR-REACHING IMPACTS Time-saving, health and safety, automation, predictive maintenance, and energy and cost benefits are a handful of the benefits of innovation and the introduction of mechanisation and modernisation within the mining sector

The mining industry in South Africa is continuing its transformation journey as it adjusts to the ever-increasing pace of the prevailing technological revolution, with the 100-plus-year-old industry, steeped in tradition and, at times, crisis, seeking out new ways of adapting to this era of change.

The current transition sees the industry increasingly emerging with a dual role: stimulating the Fourth Industrial Revolution (4IR) and embedding 4IR initiatives into its own operations to reverse its current downward spiral.

Mining research and development (R&D) and innovation are firmly back on the national agenda, with several seminars, collaborations and partnerships being pursued, with the aim of aligning the drive to embed 4IR in the South African mining context and breaking the silos impeding integration between government, academia, unions and other relevant stakeholders.

In recent months, Baletsema Mining Services and the University of South Africa (Unisa), the Southern African Institute of Mining and Metallurgy (SAIMM), the Council for Scientific and Industrial Research (CSIR), the Institute for Security Studies, and the University of the Witwatersrand’s (Wits) Partnership for 4IR in South Africa (4IRSA), besides others, have all hosted conferences and seminars to delve deeper into the topic.

With many heavily engrossed in new technology development initiatives and open discussions, South Africa is fully enveloped in focused, in-depth research, all seeking the potential in 4IR across industries.

However, despite the latest revolution being much debated over the past few years, there is still little clarity on how it will unfold, the direction it will take and its overall impact on the mining sector.

While elements of 4IR are already firmly entrenched across South Africa, many believe that collaboration will be key in realising potential significant gains and furthering global interests.

“One thing is clear: if we carry on doing things the way that we are doing them right now, then our future is extremely limited. It is a sobering thought, but it is a reality,” says Mandela Mining Precinct (MMP) director Alastair Macfarlane.

Further, while it is essential that the industry leverages the latest technologies to reduce costs, extract higher grades or increase depths, 4IR could go much deeper than optimising mines – indeed, without mining, 4IR is impossible.

“Of the 118 elements of the periodic table, two-thirds, or 74, would not be with us if it were not for mining, either directly or as a by-product – that is how important mining is to 4IR and the future,” he says.

Addressing the SAIMM’s New Technology Conference this month, he explained that about 30 of these elements were being mined in the rest of Africa, while 25 of the elements were mined in South Africa.

Despite the many challenges the continent faces, Africa “could and should be” the leader in mining in 4IR.

South Africa is home to some of the most significant mineral deposits, including chromium, copper, gold, iron-ore, lead, manganese, nickel, platinum-group metals, phosphate rock, titanium, vanadium and zinc, besides others.

Southern Africa is vital for meeting demand for platinum, manganese, bauxite and chromium, while all the elements found in a smartphone can be sourced from East Africa.

Further, copper, gold and silver, essential for microelectrical components, are abundant in the Democratic Republic of Congo (DRC) and Zambia, while tantalum extracted from coltan ores for mircocapacitors in electrical units can be sourced from the DRC, Rwanda and Uganda.

Van der Woude highlighted the Steenkampskraal mine, in the Western Cape, which is the highest-grade rare earths mine in the world.

The mine can be a source of neodymium, terbium, cerium, praseodymium, dysprosium and other minerals that allow for the production of batteries, glass, catalysts, wind turbines, air conditioning and fuel cells, besides others.

Progress has been made to restart the mine.

“Then the world will come to Africa for our rare earths . . . rather than just relying on China,” he suggests.

He also pointed to the potential of Vedanta Zinc International’s newly minted Gamsberg zinc mine, in the Northern Cape, another significant player working to develop one of the largest known zinc orebodies.

“This is the opportunity to create new markets, create new business and create new jobs,” Van der Woude points out, highlighting the many potential new applications for the mined minerals, including solar and wind technology, electric vehicles and energy storage.

“These are the sorts of trajectories we can start thinking about when we outline the role of mining in 4IR. We desperately need solutions to finding and mining new deposits of elements and finding new uses for the currently mined elements,” Van der Woude continues.

The “new frontiers” include a circular economy – or recovery, recycling and reuse – the potential recovery of the 7 mg of gold from discarded mobile phones; the rise of rare earths, with global consumption expected to increase by 5% a year; subsea mining, with the first deep-sea 1 600 m mining lease granted in 2011; and asteroidal supplies that could meet earth’s needs for the next 400-million years.

However, while 4IR will be impossible without mining, miners should also adapt.

With mining companies, particularly gold and platinum companies, struggling for a number of years in a low-commodity-price environment that has been exacerbated by rising costs, a shift towards modernisation or mechanisation has now become essential.

Time-saving, health and safety, automation, predictive maintenance, and energy and cost benefits are a handful of the benefits of innovation and a conversion to mechanisation and modernisation within the mining sector.

Van der Woude says that the positive outcomes of modernisation will outweigh the volatile, unstable and complex challenges that will inevitably be encountered along the way.

“Ultimately, without a shift in our approach to mining methodology, we will fail to mine South Africa’s deep-level complex orebodies profitably, which could see a huge negative impact on South Africa and a failure to turn to account the country’s mineral wealth in the long term.”

Recent research has suggested that, should the current decline not be arrested, 200 000 job losses may occur by 2030 as the economic viability of mining fades.

This will ultimately impact on two-million people indirectly.

Mechanisation creates an environment conducive to 24/7 operations, greenfield projects, access to deeper resources, higher skills use and job preservation as most mines’ lifespan is extended beyond 2045.

“We need to realise that we are the industrial heartland of Africa. We have the opportunity to extend into the mining industry of Africa as a whole. The future is not just the future of gold mining in South Africa – the future is about the mining and industrialisation of Africa,” says Macfarlane.

It will increase jobs in many sectors, improve the quality of capital goods that are exported to Africa and establish a significant beneficiation environment.

With modernisation, the pursuit of localisation should remain at the forefront.

“South Africa cannot afford to be an assembly bay and allow foreign suppliers to dominate supplying the local mining industry at the expense of local suppliers,” Macfarlane notes.

Meanwhile, mobility, automation, digitalisation, artificial intelligence (AI), Big Data and many other new technologies are both creating and decreasing opportunities in the mining and manufacturing sectors.

Speaking at a ‘4IR in Mining’ seminar, he explained that AI and machine learning were increasingly being used across mining operations, with many changes occurring over the past few years.

“The 4IR is what we call a digital quake.”

Exxaro business optimisation manager Pleasure Mnisi adds that, as an industry, there is a lot of “catching up” to do.

He added that the retail and agriculture sectors were at the forefront of technology adoption to improve productivity, while performance indicators in the mining sector, despite being on the cusp of a technology revolution, continue to decline.

In mining, there is a need to adapt the technology to operations throughout the value chain, albeit at a forced faster pace, as mining companies shift their strategies and adopt new business and operating models faster than ever before.

She believes that the transformation in metals and mining is driven by four digital themes, namely automation, robotics and operational hardware; a digitally enabled workforce; integration of enterprises, platforms and ecosystems; and next-generation analytics and decision support.

A combination of market volatility, an increased cost base and changing global demand is driving a seismic shift in the mining industry, where, eventually, the technology that is increasingly contemplated will become an invisible and critical part of the industry, augmenting its activities, says Van der Woude.

“Digital technologies are providing great insight into safety, process and performance,” she says.

“We are starting to work together, [and are increasingly] closer to finding people-centred solutions, along with the renewal of mining R&D and innovation efforts across the board,” assures Van der Woude.

He cites R&D and innovation (RDI) as a high priority in Minerals Council South Africa’s Strategic Plan and the 2018 White Paper on Science, Technology and Innovation, which emphasises the importance of modernising existing industries like agriculture and mining (there are eight references to mining, while the 1996 White Paper had none). Further, institutions such as the CSIR, the MMP, the University of Pretoria and Wits have re-created or are in the process of re-creating their roles in mining modernisation.

Mining Charter III and the Minerals Council’s most recently signed Leadership Compact on Competitiveness and Growth also include commitments related to mining RDI.

The CSIR, meanwhile, has launched its own policy on 4IR, establishing a South African affiliate centre to the World Economic Forum’s Centre for 4IR.

Further, Wits’ 4IRSA partnership will also host a Cabinet-endorsed inaugural Digital Economy Summit this month – the next significant step towards building alignment and a national response.