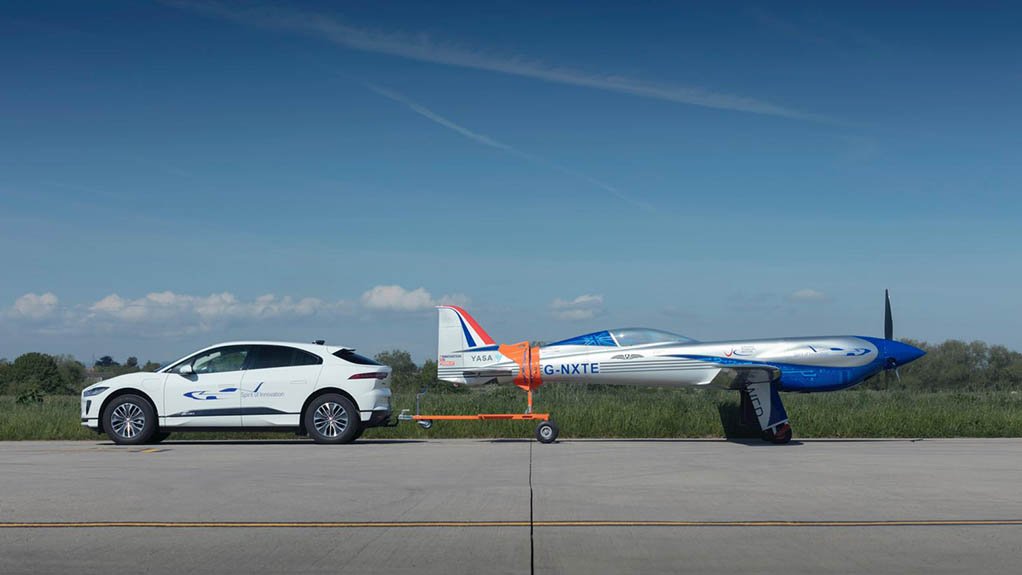 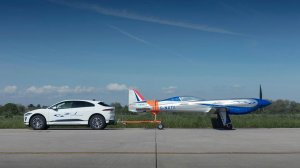 “Rolls-Royce and Jaguar Land Rover are UK pioneers who are focused on advancing electrical technology for their respective sectors,” highlighted Rolls-Royce Electrical director Rob Watson. “We are delighted that Jaguar Land Rover are loaning us I-PACE vehicles as we bid to develop the world’s fastest all-electric plane. It is important to us that the Accel programme is carbon neutral and this will be supported by having all-electric cars for ground support.”

The Spirit of Innovation is expected to make its first flight during this month. It is equipped with the most power-dense battery pack ever created for an aircraft, allowing the electric propulsion system to deliver more than 500 hp (373 kW). The amount of energy in the aircraft’s battery pack could power 250 British homes or fly from London to Paris on a single charge. The Accel team intends that this power will allow the Spirit of Innovation to reach and exceed 300 mph (480 km/h).

An I-PACE SUV is powered by two electric motors with a total power output of 394 hp (almost 294 kW), drawing electricity from a state-of-the-art 90 kWh lithium-ion battery. In a serendipitous coincidence, the range of an I-PACE on a single battery charge (292 miles, about 470 km) is exactly the road distance from London to Paris.

“The I-PACE is a real pioneer; when it launched in 2018, it was the world’s first premium all-electric SUV, establishing Jaguar as a leader in electrification and setting the brand on a path to become fully electric by 2025,” affirmed Jaguar Land Rover UK MD Rawdon Glover. “We’re delighted to be supporting another great British pioneer Rolls-Royce and their team as the Spirit of Innovation aircraft brings electrified aviation into the nation’s psyche with this incredible 300 mph record attempt.”

The Accel project is 50% funded jointly by the UK Aerospace Technology Institute (a public-private partnership), UK research funding agency Innovate UK and the UK Department for Business, Energy & Industrial Strategy. Rolls-Royce and its partners in the project provide the other 50%. Rolls-Royce’s key partners in Accel are electric motor and controller manufacturer YASA and aviation startup company Electroflight.