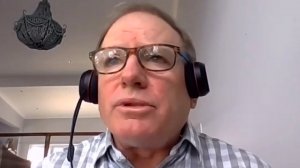 The agricultural sector spends about R146-billion on intermediate goods and electricity accounts for about 94% of that cost, says industry body Agri SA chief economist Kulani Siweya.

This is helping to drive the adoption of renewable energy in the sector, as the country continues to implement electricity tariff increases and is affected by recurring blackouts.

According to the World Economic Forum’s Energy Transition Index 2021, the rising electricity price is one of the major contributing factors placing South Africa near the bottom of the list, ranking at 110 out of 115 countries.

Not only does renewable energy present an opportunity for more reliable power supply, but it also gives the producer more control over the cost of energy. This type of energy generation also holds environmental benefits, which are equally important to ensure a sustainable future.

Siweya says renewable energy is a dynamic industry and sees continual improvement in the types of technology on offer, making solutions more cost effective and, therefore, accessible for a wider range of users.

Nedbank national agriculture head John Hudson comments that the one positive coming out of the Covid-19 pandemic is that the earth has been “given a year to breathe”.

It is important to preserve the environment, Hudson says, citing the World Wide Fund for Nature’s Global Living Planet Index, which indicates that the world has lost 68% of fauna and flora species since 1970.

Nedbank’s financing strategy is underpinned by the United Nations Sustainable Development Goals and the financial services provider makes its biggest impact through the R180-billion of loans it provides on average across the board every year.

While Nedbank has a clear environmental focus, it also understands that farmers need to be profitable and the bank, therefore, offers financing solutions for projects that help mitigate against climate change risks, such as renewable energy installations.

The bank has tailored funding solutions to support farmers with sustainable farming interventions, while understanding the unique circumstances applicable to craft an appropriate solution.

For farmers interested in taking up these solutions, Hudson warns that managing the energy demand and being more energy efficient are crucial before installing systems that generate alternative energy.

“The best time to consider moving your business off the grid is when you see a significant energy security issue, such as lost production outweighing the cost of going off grid or installing a hybrid solution.”

Table grape farmer Tokka van den Heever explains the process involved for a farmer setting up a grid-tied system, saying it starts with finding a solar company to provide a cost estimate of a generation plant, as well as a model to determine how the farmer will be able to pay back the costs.

This cost estimate letter is sent to power utility Eskom to confirm whether there is space on the transmission line to put electricity into the grid; Eskom will also do a costing estimate from its side.

The final budget for the entire plant, comprised of the farmer and Eskom’s calculated costs, is then presented to the National Energy Regulator of South Africa (Nersa) to approve and issue a licence to generate electricity.

In the meantime, a final agreement is reached between the producer and Eskom, stipulating supply and other terms, including time-of-use periods – peak, off-peak and standard.

Van den Heever points out that potential grid-tied generators of power should do yearly estimates on when they will be using the most electricity directly from Eskom, so that they can be prepared and do energy banking for those periods.

The low-voltage connection caters to solar plants smaller than 350 kW, depending on the energy farmers are going to use, depending on specific operations. Nersa registration is required if the system is bigger than 100 kW.

Medium-voltage connections cater for bigger operations, typically large commercial operations with cooling facilities and irrigation. Eskom allows offsetting up to 1 MW. This also requires Nersa registration and a banking agreement being in place.

“The Eskom approval process for these connections takes six to twelve months, but we are working with stakeholders such as Agri SA to shorten this timeframe closer to three months,” Schutte says.

He concludes that farmers need to ensure that the solar installer remains involved in running the plant to avoid unnecessary administration or operational costs.

The speakers quoted above participated in a webinar hosted by Agri SA and Farmers Weekly on June 29.