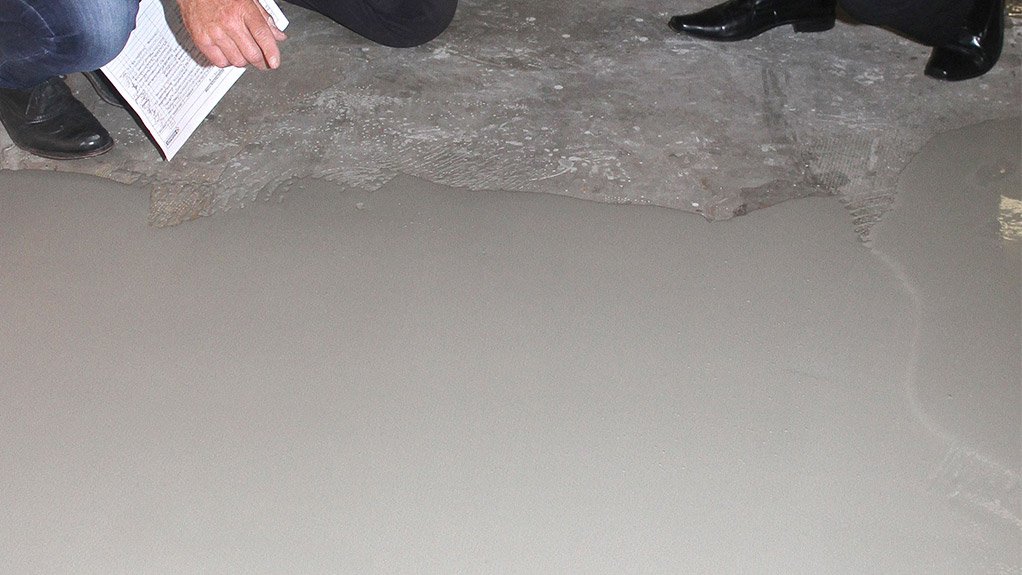 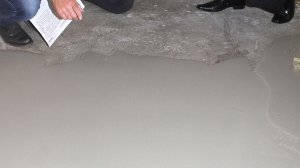 QUALITY FLOORING a.b.e Construction Chemicals and FloorworX take pride in their partnership that aims to offer a better system to the end-user

“The abescreed SLC P is a pumpable single-pack, rapid- hardening cement-based screed for self-levelling floors; it is ideal for situations where quicksetting is essential to apply carpets, ceramic tiles, vinyl, woodblock or cork quickly,” he says.

Jones tells Engineering News that a.b.e reformulated the product last year to boost its green qualities by including it in the range of dustless cementitious products, which the company now produces as part of its sustainable development programme.

“Prior to that, a.b.e changed the formulation of the self-leveller to improve its performance and make the production process as economical as possible to offer the best price to our customers.”

He adds that some of the benefits of the screed are that it can be walked on only two to four hours after it has been laid; it can also be pumped or hand-laid, and does not harbour bacteria.

Collaboration Jones tells Engineering News that the success of the reformulated abescreed resulted in a.b.e entering into a supply agreement with flooring solutions company FloorworX last year, which involves the abescreed SLC P being branded under the FloorworX name.

Jones tells Engineering News that, while he presents the introduction and basic application demonstrations, contractors are asked to do the actual mixing and product application.

He adds that a.b.e also held training sessions for specifiers and applicators last year to familiarise them with the workings of the product. He says both companies take pride in their partnership, which aims to offer a better system to the end-user.

Jones further highlights that the benefits of the partnership between a.b.e and FloorworX include a sound product manufactured under licence.

He adds that product training in the application of the self-levelling screed means that one contractor can take ownership of both floor preparation and application, which “was not always the case in the past”.